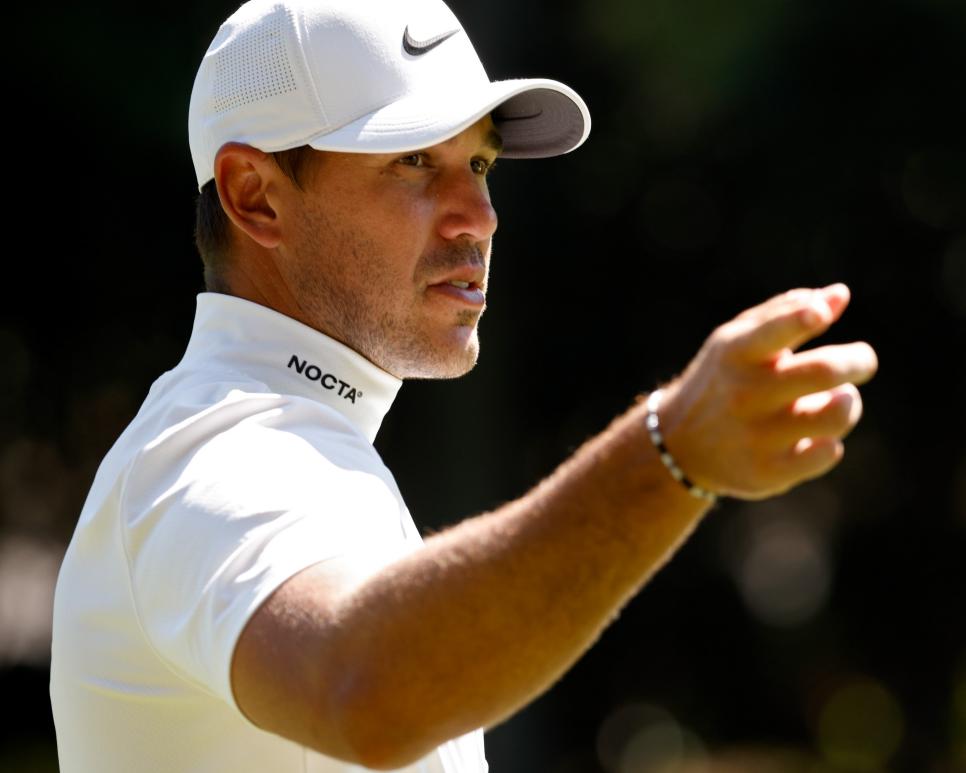 Brooks Koepka hit a tree root on the 10th hole during Saturday's third round.

Brooks Koepka is out of the Tour Championship with an all-too-familiar injury flaring up Saturday at East Lake.

Koepka hit his second shot on the 10th hole and struck a tree root at impact, jarring the left wrist that limited his play in 2017 and again in 2018.  After blasting out of a fairway bunker at the 12th hole, Koepka had enough and withdrew from the tournament.

With the practice rounds for the Ryder Cup starting in about 10 days, U.S. captain Steve Stricker now has something else to worry about — Koepka’s health.  Koepka was one of the six automatic qualifiers for the matches that will start on the 24th at Whistling Straits.