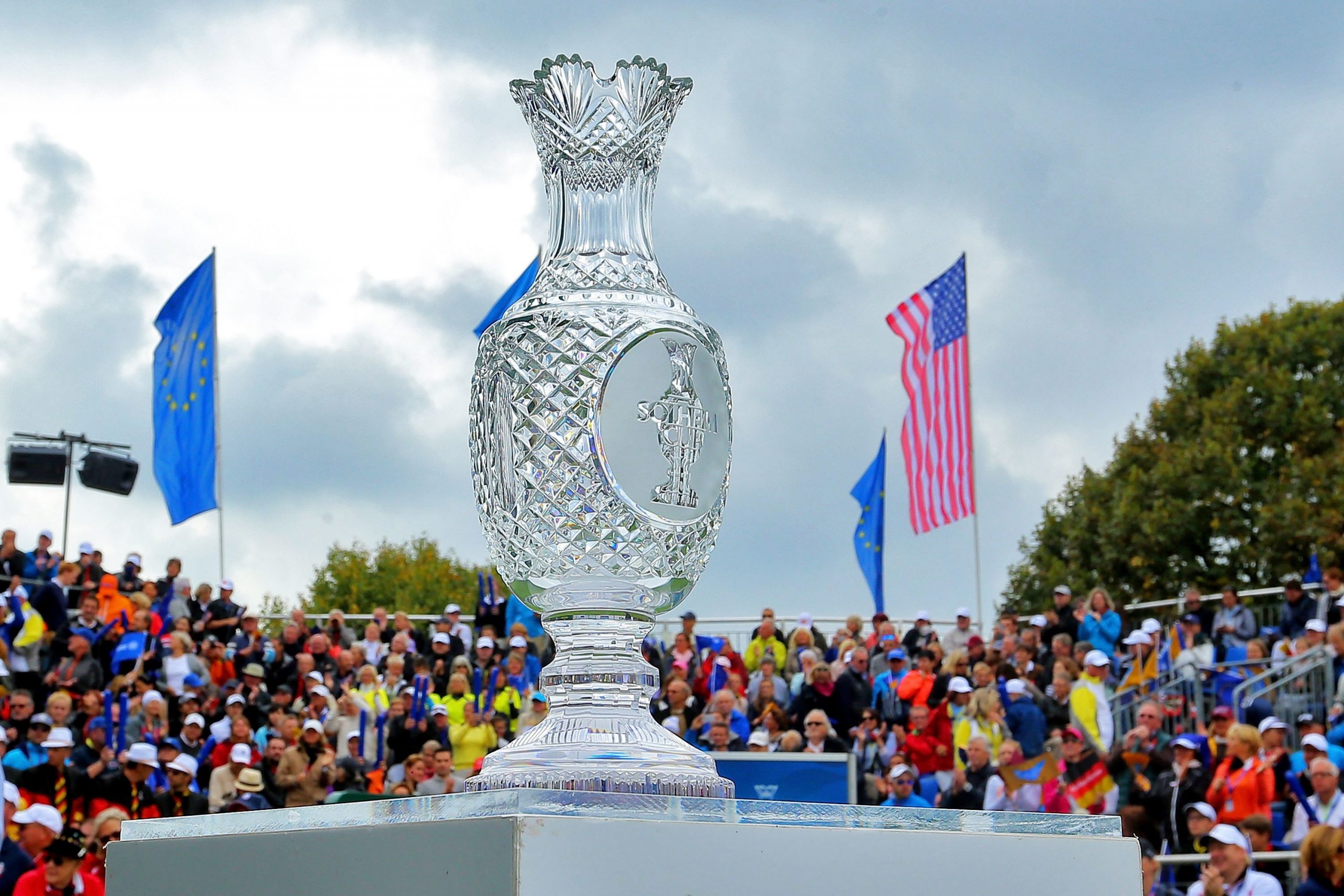 The U.S. team dug itself into a hole on the first day of action at the Inverness Club.

Posted By: Tom Edringtonon: September 05, 2021In: In Other News...No Comments

It wasn’t the start that the heavily-favored United States team was hoping for on day one Saturday at the 2021 Solheim Cup.

The Europeans, led by the duo of veteran Anna Nordqvist and rookie Matilda Castren, nearly shut-out the U.S. team in the morning foursomes (alternate-shot), taking a 3 1/2- 1/2 lead after the morning session.  In the afternoon, the U.S. bounced back but still managed only a 2-2 tie — giving Europe a hefty three-shot advantage heading into Sunday — 5 1/2 – 2 1/2.

It didn’t take long for a rules controversy to emerge.

In the afternoon session, Nelly Korda was putting for eagle at the par-5 13th in her fourball match when the ball rolled around the right edge of the hole and settled – depending on your perspective – near the lip behind the hole.  Europe’s Madelene Sagstrom picked up the ball and handed it to back to Korda, and the hole appeared to be tied with birdies.

Rules officials determined otherwise.  On-course rules official Missy Jones, called the rules official in charge of observing on TV to confirm what happened. “I know what I saw but wanted confirmation and I got it,” Jones said afterward. “Ruling was correct and made after confirmation. Very black-and-white rule.”

Korda’s ball was determined to be overhanging the lip and Sagstrom didn’t allow for at least 10 seconds for Korda to approach the ball to see if it would eventually drop.  The hole went to the U.S. team and it proved costly for Europe as Korda and partner Ally Ewing won the match 1-up over Sagstrom and Nanna Koerstz Madsen.

If that match had gone team USA’s way, the hole would be even deeper heading into Sunday.  Sunday’s schedule will once again have foursomes (alternate shot) in the morning, fourball (best ball) in the afternoon as play continues at the Inverness Club in Toledo.  The matches will conclude on Monday with 12 singles contests.