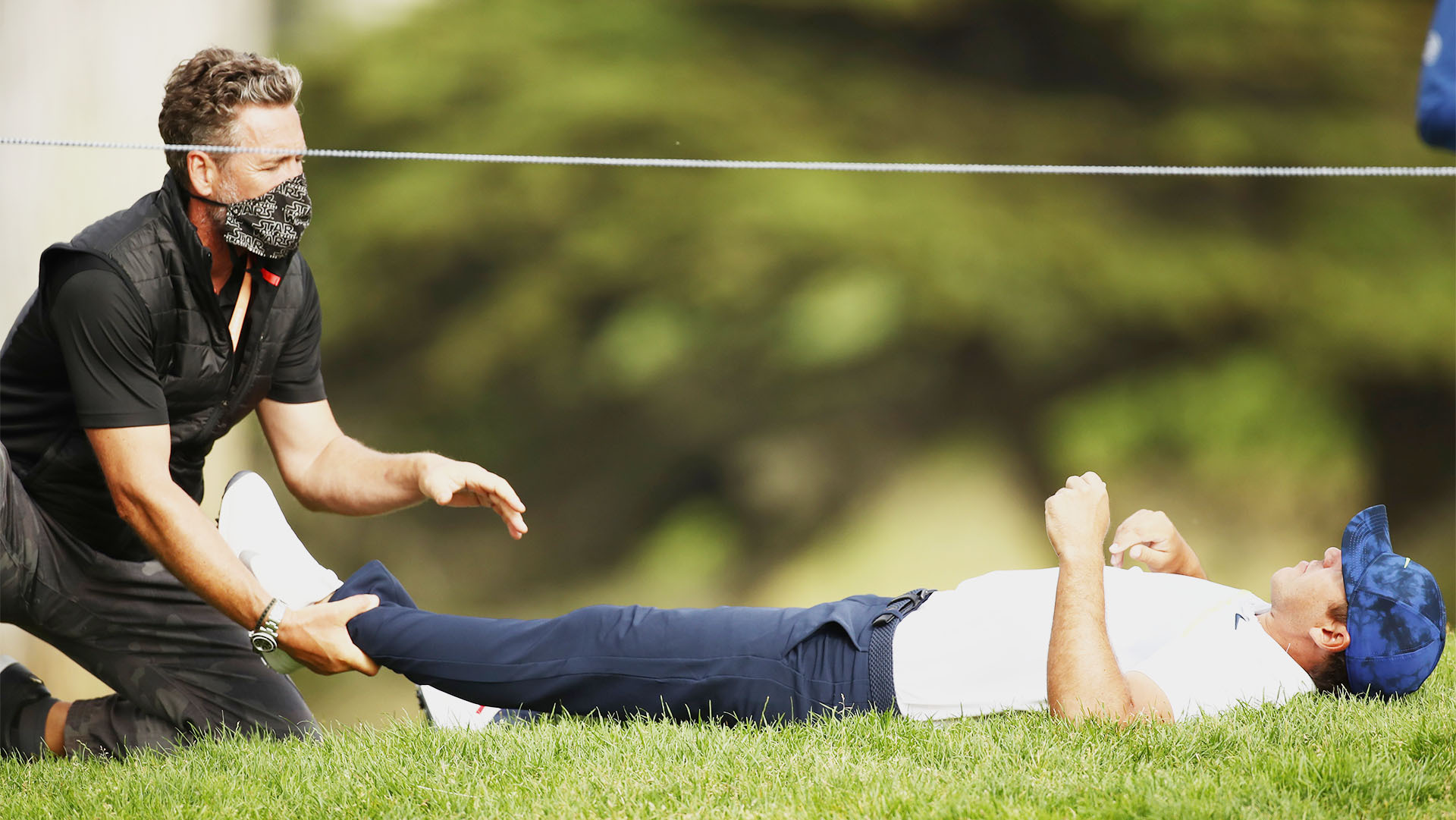 Last time we saw Brooks Koepka, he was in a world of hurt.

Brooks Koepka Is Back — What Can We Expect From Him At CJ Cup?

When this crazy, COVID-19 infested year began back in January, Brooks Koepka was the world’s No. 1 player.

Brooks’ year has pretty much mirrored what’s happened around the world.  It hasn’t been a great one for the four-time major champion.

The last time we saw Brooks, he was flat on his back at the Wyndham with his trainer trying to stretch what appeared to be a hip issue.  Brooks has “issues.”  Injuries will do that.  Injuries have taken a lot of horsepower from Tiger Woods, who the older he gets, the better he used to be.

Koepka quietly had a milestone birthday last May — he’s now checking in at the ripe old age of 30.  But knee issues can play havoc with any athlete — just ask Tiger.

Koepka has a knee issue and it appeared a long time ago that surgery would be the most effective option but he threw that one to the wind and underwent the unproven stem-cell injection approach to try and repair his left knee.

Apparently that wasn’t effective as Koepka withdrew from the FedEx playoffs then the U.S. Open.  He’s been on the shelf for a couple of months now but he’s back this week and once again, there will be more questions than answers when it comes to the State Of The Union of Brooks Koepka.

What should we expect from him this week at the C.J. Cup?  You might recall that it was at the CJ Cup last year when Brooks had his little slip-and-fall on the wet concrete — where are those PI attorneys when you need one?

The logical answer as to what we should expect from Brooks would be — not much.  He’s fallen from that No. 1 spot all the way out of the top 10, replaced at No. 10 this week by Tyrrell Hatton.  Brooks now sits at No. 11.

This game is hard enough when everything’s in tune and one’s game is firing on all cylinders.  We’ve seen the game’s current Resident Greatest struggle mightily.  Tiger Woods has basically been a field player lately.  As El Tigre likes to say “not enough reps.”  Only problem is that Tiger’s body has a limited number of reps left in it and no one knows when that tank will empty.

As for Koepka, he should be a fast healer at his age but a lot of that depends on all sorts of factors.  It is possible for young athletes to be slow healers.

In Koepka’s case, time is still on his side.  He’ll have the chance to play in 40 majors before he turns 40, maybe a few less considering there was no Open Championship for anyone this year and no U.S. Open for Brooks.  There’s only The Masters, where he was the guy who should have beaten Tiger Woods last year had it not been for that nasty little par three 12th.

The weather will be perfect in Vegas this week — sunny every day with temps in the high 80s to low 90s.  No rain in the forecast and just a hint of wind on Thursday, maybe 10-12 miles per hour but not much after that, nothing that would affect players of this caliber.

So Koepka’s setting will be good, weather will be good.  Only unknown is the state of his game.

Koepka spent some time on Tuesday, detailing his treatment and rehab.  He’s spent the past two months in San Diego where he verified that he underwent another treatment of platelet plasma injections in his left knee.  He took cortisone shots in his left hip to help heal what was diagnosed as a torn labrum.  If this doesn’t work, he’s looking at possible surgery and a nine-month recovery time.

Koepka said he feels “a million times better.  I didn’t know how bad I felt until I actually feel good.  I’ve got my body squared away, it feels a lot better.  It’s nice to be back.”

He didn’t start practicing until 10 days ago.  He came to Vegas early to work with Butch Harmon.  Brooks said he was surprised by the quality of his shots and says he has no limitation.

After this week, he’ll go back to San Diego for more rehab work.  He said he’ll play in the Houston Open the week before The Masters.

You can’t help but think there will be some rust.