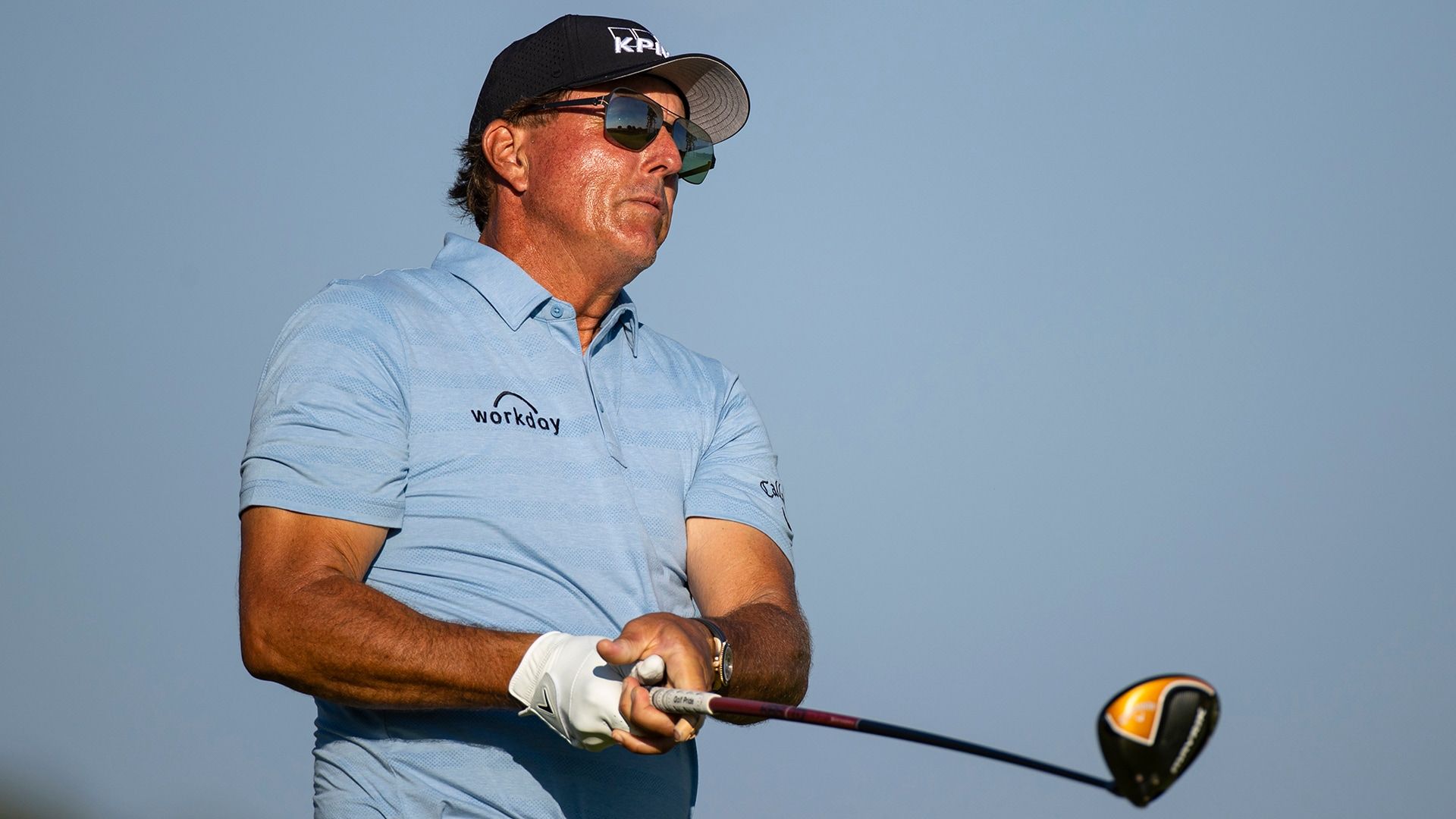 Phil Mickelson is the star attraction at the Dominion Energy event.

Nifty At 50: Can Phil Mickelson Make It Two Straight On Champions Tour?

The last time we saw Lefty, aka Phil Mickelson, he put a very mighty beat-down on the old guys that dwell on the Champions Tour, aka PGA Tour Champions.

That was back in late August out there in the Ozarks at the resort that Bass Pro Shops owner Johnny Morris built.  It’s full of outdoor fun and a lot of golf courses.

Lefty had a great time on the Ozarks National layout.  All he did was shoot 22-under par for three rounds and buried poor Tim Petrovic with out-of-sight drives by senior standards.  Did we mention that Lefty averaged 325 a pop to lead the old guys in that stat?  No surprise there.

This week Phil will venture to Richmond for the Dominion Energy Charity Classic at the Country Club of Virginia.  It’s the local playground for the rich folks and the James River course there hosted the 1955 and 1975 U.S. Amateur championships.  Good track, can stretch to a shade over 7,000 yards if they choose but it should play around 6,800, give or take a few par threes.

Last Sunday Ernie Els got his second senior victory.  He made a 40-footer on the 54th hole to win the SAS event down in Hickory, N.C.  Final day was a slog-fest in the rain.  Ernie’s closing 66 gave him a winning 12-under total.

This week in Richmond, there looks like rain during Friday’s first round — 50 percent chance but sunny on the weekend.  Nice fall temperatures — high 60s, low 50s — very little wind in the forecast.

Defending champion is Miguel Angel Jimenez but we don’t like his chances against Phil.  He could probably upend Lefty in a cigar smoke-off or a wine-tasting or a Ferrari race.  But Lefty has a huge distance advantage over most of the field — perhaps Big Ernie could keep up with him to some degree.

When Mickelson won that Schwab Series event at Ozarks National, he loved the wide fairways and generous greens — bombs away.

This go-round Lefty has had some time off so perhaps he’ll be a bit rusty.

Still, when it comes to putting Mickelson up against the field in these 50-plus events, it’s advantage Mickelson.