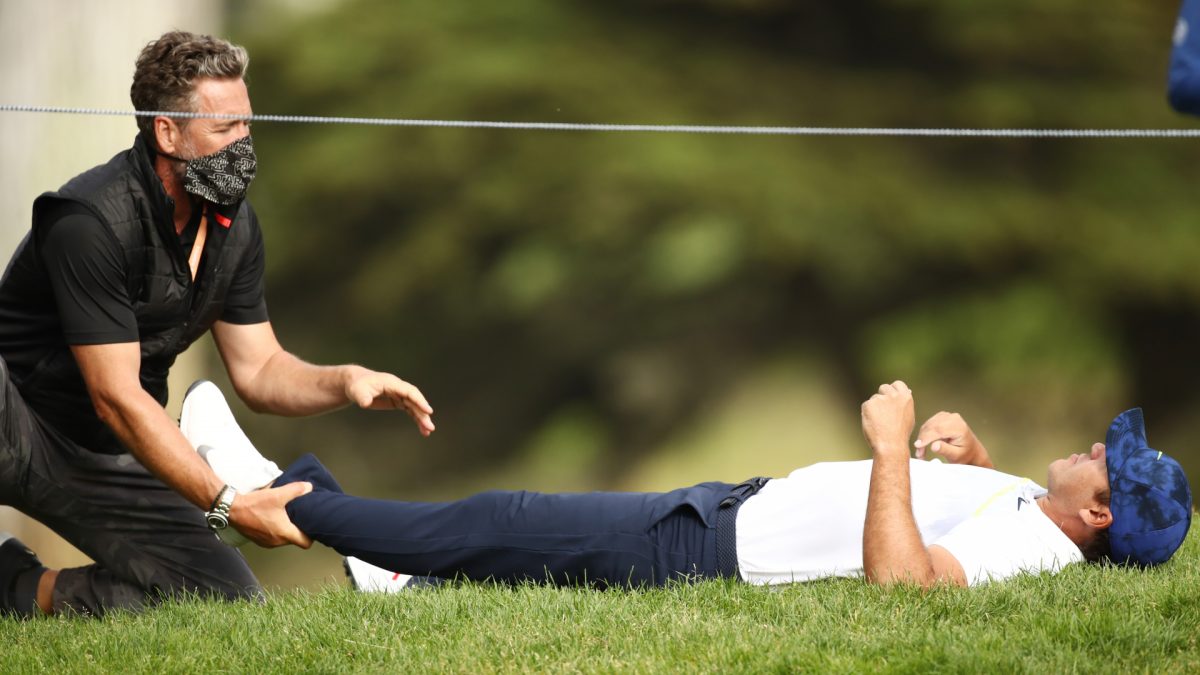 Evidently Brooks Koepka is still on the "injured reserve" list.

Brooks Koepka will not be at Winged Foot next week for the U.S. Open.

Koepka withdrew from the field on Wednesday and he’ll be replaced by England’s Paul Waring, the 91st ranked player in the world.

This will be the first time Koepka has missed a major championship since the 2018 Masters when he had a bum wrist.  Koepka will still have nearly three months to try and recoup enough to play in The Masters in November.

USGA Gets North Carolina Incentives, Will Set Up A Facility In Pinehurst:

Money talks and when it does, the USGA loves to listen.

The state of North Carolina has lured American’s golf ruling body to Pinehurst, thanks to about $42 million in incentives (bribes) to set up some USGA buildings in the Village of Pinehurst.

The USGA announced on Wednesday that it will locate its equipment testing center and a museum in Pinehurst.

“This is truly a great day in the 125-year history of the USGA,” said Mike Davis, USGA chief executive officer. He detailed the arrangement that brings U.S. Opens to Pinehurst in 2029, 2035, 2041, 2047 in addition to the already scheduled 2024 U.S. Open, establishing Pinehurst No. 2 as the first “anchor site” for the U.S. Open. “How appropriate for the USGA to be here. There is no better place for the USGA to plant new roots than the home of American golf.”

The USGA received what amounts to around $42 million in “financial incentives” to do the deal.  The USGA, in turn, is required to spend at least $5 million.

The USGA remains firmly committed to Far Hills, N.J.  The main administrative offices remain there along with the main museum and library and the Arnold Palmer Center for Golf History.

The Masters Takes Back Seat To Football At CBS:

The Masters has had the bulk of the sports world’s attention every April.

In November, it runs up against college football and the NFL.

What will happen is that after the 36-hole cut, there will be early starting times on both Saturday and for Sunday’s final round.

The Saturday coverage needs to be done by four or five in the afternoon so it won’t butt up against the 6 p.m. telecast of the SEC showdown between defending national champion LSU and Alabama.

On Sunday, play will be over by 2:30 EST due to CBS’s contractual obligations with the National Football League for games that kick off at 4:05.

So although we missed breakfast at the Open Championship last July, we can have Breakfast At The Masters in November.

Scotland’s Liam Johnston put the “59” watch on Thursday at the Dom Perdo Victoria Golf Club.  He had it going low at the Portugal Masters and needed an  eagle-birdie finish to tie Oliver Fisher’s European Tour scoring mark.

Johnston produced the lowest round of his European Tour career however with a flawless 10-under par 61 to hold the first round lead by a shot over Julien Guerrier of France.

England’s Laurie Canter was the best in the morning wave.  His 64 left him two strokes at seven-under after making seven birdies and no bogeys.

England’s Tommy Fleetwood is the highest ranked player in the field.  He’s using this as a tuneup for next week’s U.S. Open.  Fleetwood found himself a full seven shots behind Johnston after shooting a three-under par 68, leaving him tied for 20th after day one.

You might recall that actor Michael O’Keefe who is famous for his Caddyshack role as caddie Danny Noonan, was wishing/hoping/looking for a looper job in next week’s U.S. Open at Winged Foot.

Well, O’Keefe won’t have a gig in the actual tournament but master instructor Michael Breed, a PGA Of America professional, got O’Keefe a practice round job.

He’ll work on Monday and Tuesday for Danny Balin, a PGA Of America Metro-area member along with Breed.

“I try to take this somewhat serious, so I would never do this during a tournament round,’’ Balin said. “But I was like, ‘Yeah this will be cool. Danny Noonan. Monday and Tuesday.’ It’ll be a fun couple of days. It’ll lighten the mood up.’’