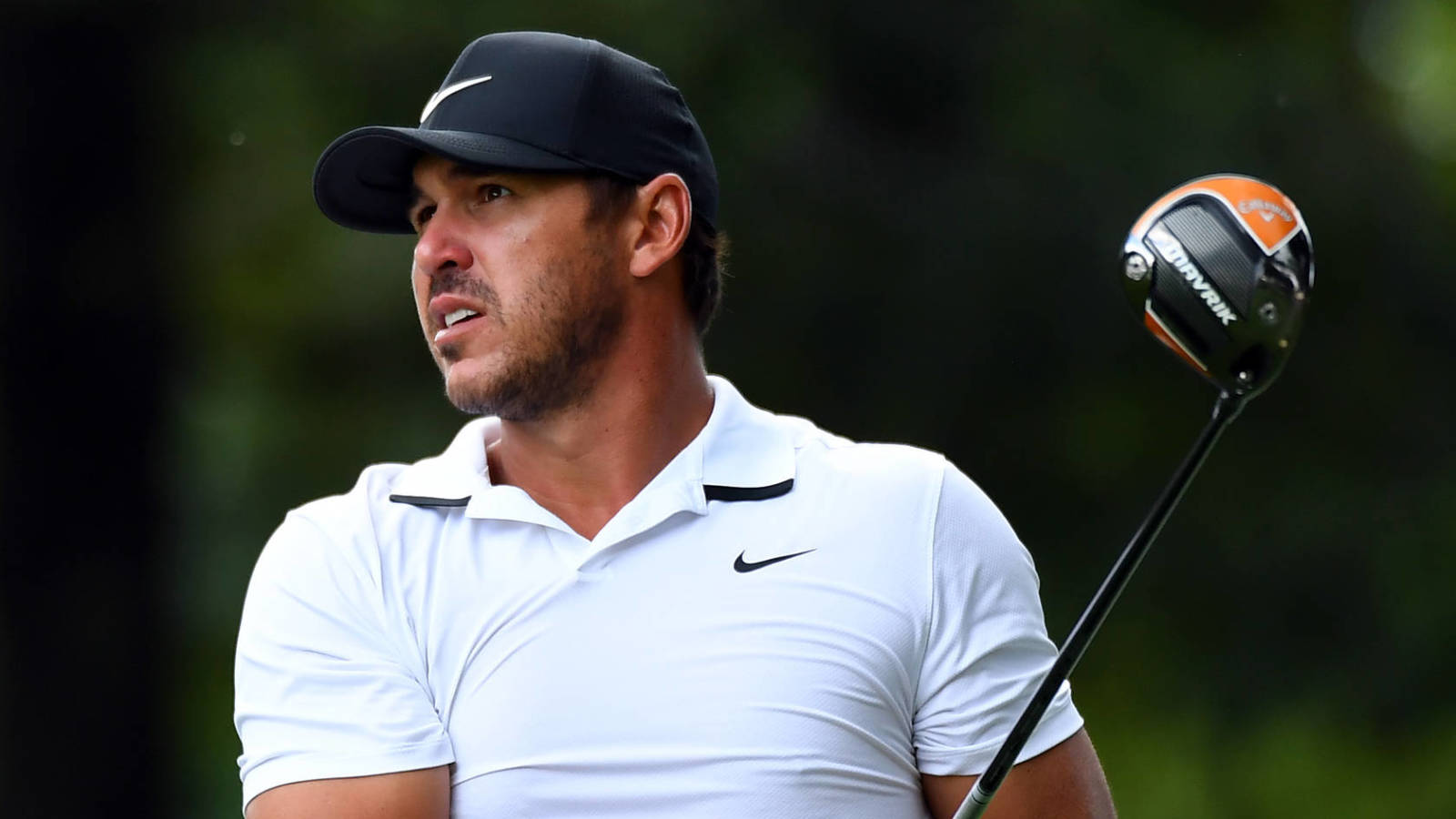 Brooks Koepka showed the rust of a two-month layoff.

Brooks Koepka didn’t play well at all on opening day at the CJ Cup, but the good news is that he’s feeling fine.

“I thought I played a hell of a lot better than the score,” Koepka said after signing for a two-over par 74 that left him tied for 46th.  He hit just six of 14 fairways and only nine greens.

“I feel normal now; I feel like I’m supposed to,” he said. “This is more for just getting competitive reps for Augusta. That’s kind of what this is.”

It was expected that Koepka would be rusty from his two-month layoff and he was exactly that.  He played the first nine holes in even par with two birdies, two bogeys.  The second bogey came at the ninth hole when his approach found the water.

He found water left off the tee at the 15th and that led to a double-bogey.  With two par fives over the final three holes, Koepka had a chance to rally but all he could manage was a par at 16 then at the 18th, a mere 510 yards playing as one of the easiest holes on the course, he hit a good drive but an iffy second and he’d end up making bogey to finish his day’s effort.

While Koepka wasn’t expected to play well, a lot of big names failed to perform.

Rory McIlroy was out of sorts and finished with a one-over par 73.  Defending champion Justin Thomas, who has won this event in two of the past three years,  finished poorly.  Playing with Koepka, he made double-bogey seven at the 510-yard 18th to finish his day even par 72.

Las Vegas resident Kevin Na, who played well last week and had a short drive to Shadow Creek, shot 76.  Tommy Fleetwood looked like he had major jet lag.  Fleetwood, like tournament leader Terrell Hatton, made the long flight from London to Las Vegas.  But he was 12 shots higher than his fellow Englishman, shooting 77.

Matt Wolff found out that distance off the tee wasn’t a great advantage this week.  He found himself dead-last after shooting 80.

Mickelson and Manning Vs. Curry and Barkley?

Please say it ain’t so!

Word around the golf world has Turner Sports planning another one of those dreaded team made-for-television matches with Phil Mickelson but no Tiger Woods.

This one has Turner Sports going forward with Mickelson and Peyton Manning against basketball star Steph Curry and (drum roll please) — the Ultra-Round Mound of hack-dom — Sir Charles Barkley.

It’s supposed to be another Thanksgiving deal.

No Tom Brady — he’s busy with the NFL season.

As for watching Charles Barkley play golf?  No, no a thousand times no!

But, if it does happen, as Tiger Woods is prone to declare: