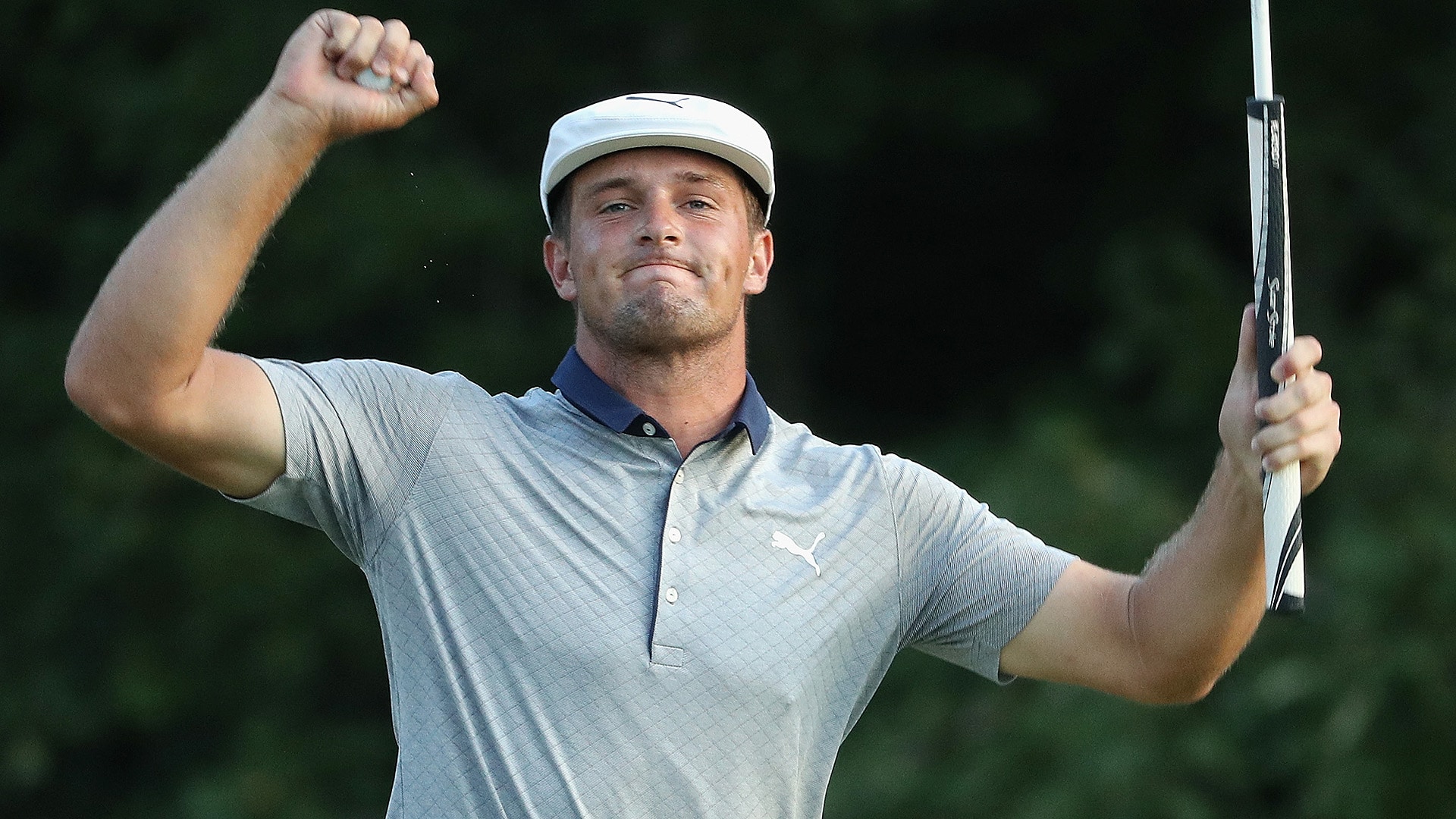 Bryson DeChambeau won the the NCAA individual title at this week's WGC venue.

After the money-hungry Grupo Salinas down there South Of The Border decided it didn’t want shell out 525 million Pesos ($10,500,000) to host golf’s elite at the WGC-Mexico, the PGA Tour pressed the old “Emergency Call” button that direct-dialed Workday.  The result is this week’s substitute WGC event at the challenging Concession Golf Club in Bradenton, Florida, next door neighbor to Sarasota and a quick 40 minutes south of Tampa.

There’s one big name with winning experience at The Concession and that would be DeChambeau his own self.

It was back in June of 2015 that the then-slender Bryson won the NCAA individual title as a physics major at Southern Methodist University.  He shot rounds of 70-67-72-71 at The Concession to edge C.T. Pan from the University of Washington by a shot.  Bryson went on to become a superstar while Pan is looking to improve.  DeChambeau checks in at 10th in the world this week, Pan is No. 163 and a long ways from being eligible for one of these elite events.

It’s a glorious field with the Florida sun expected to welcome 48 of the world’s top 50 and all of the world’s top 10.  Only Paul Casey (No. 16) and Tiger Woods (No. 48) are absent.  Woods has good reason, he’s in recovery mode from a fifth back surgery with no anticipated timeline for his return.

This event is normally held at the Chapultepec Golf Club in Mexico City where the altitude sends balls flying what seems like forever.  Not the case in Florida.

This Concession layout was a design-collaboration between Jack Nicklaus and Tony Jacklin.  Nicklaus conceded a two-foot putt to Jacklin at the final hole of the 1969 Ryder Cup — creating the first tie in Ryder Cup history.  This club is named after that act of sportsmanship by Nicklaus.

Defending champion is sand-swiping, rough-tamping, after-the-fact-rules-official-summoning Patrick Reed.  Reed has taken the last three weeks off after winning at The Farmers, tough to say what his form will be but that short game of his will come in handy this week because this course is a beast.

The par fives are rated as four of the five most difficult holes on the course.  There are no houses on this course, allowing the natural Florida terrain to present an array of trouble — especially those ball-eating Palmetto plants.  A ball hit into one of them can be lost, or, at best, unplayable.  Note to the field:  avoid them at all costs.

World’s No. 1 Dustin Johnson should feel a lot more at home this week.  D.J. was pretty much out-of-sorts last week at Riviera but still managed a tie for eighth with his “C” game on display.  That’s how good Johnson has become.

There are a lot of Florida-based stars in this field, which gives them an advantage on Bermuda-grass greens.

Who steps into the winner’s circle on Sunday?

Take your pick — it’s a stacked field — and for the first time ever in WGC history, there’s no Tiger Woods, no Phil Mickelson.

Editor’s Note:  In our next feature we will take a closer, detailed look into the Tiger Woods accident, his injuries, the surgeries, what lies ahead and how it will affect his future as a player.