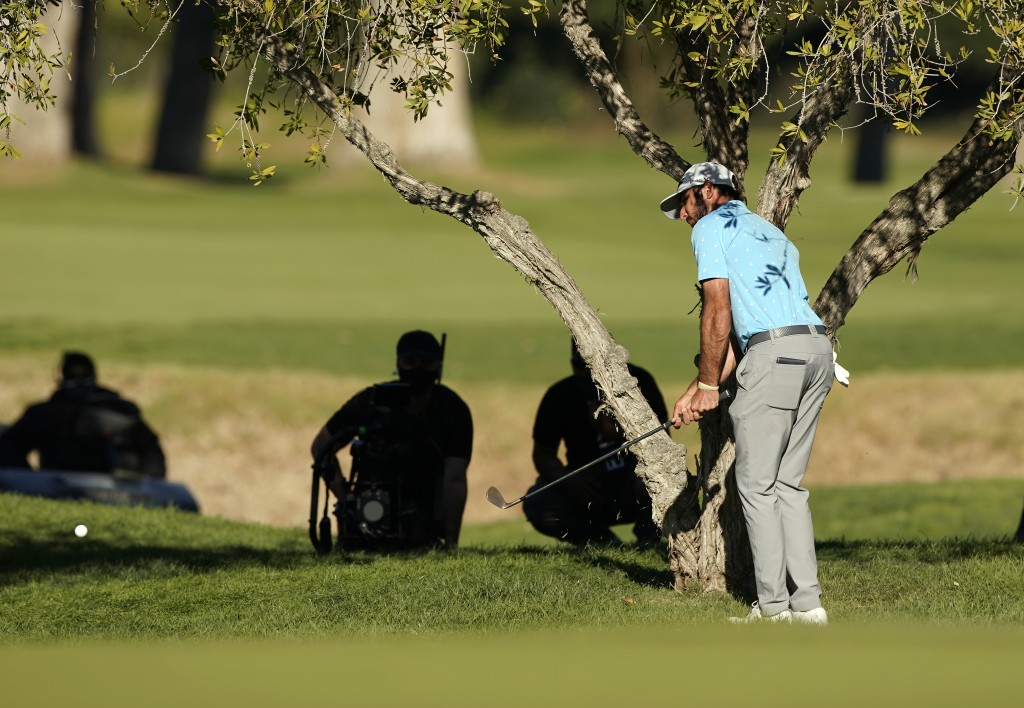 Max Homa was cool and calm when he saw where his tee shot settled on the 10th hole.

Posted By: Tom Edringtonon: February 25, 2021In: The Lesson TeeNo Comments

If you were fortunate enough to see the playoff between Max Homa and Tony Finau last Sunday at the Genesis Invitational, you witnessed a lesson in how to stay calm.

Homa’s tee shot on the first playoff hole, the iconic 10th, a very short (309-325-yards) par four, went left of the green and settled just short of the trunk of a bottle brush tree.

What stood out is how calm Homa was as he walked up and took in the bad break.  It didn’t look like he had much of a shot but Homa stayed cool, surveyed the situation and devised an escape plan.

Homa took a sand wedge, hooded it big-time, practiced a non-traditional swing path that was short and very inside of what a normal path would look like.  He made a nice easy swing at it and hit what amounted to a mini-duck-hook that worked it’s way up the slope of the green and settled on the putting surface.

In turn, Finau chipped and left himself about a 10-footer for the win.  Homa’s birdie missed but so did Finau’s winning attempt.

On the next hole, a 189-yard par three, Finau made the huge mistake of short-siding himself while Homa found the putting surface.  The rest is history and Homa won on his favorite course on the PGA Tour — Riviera Country Club — and picked up a cool $1.6 million in the process.

The lesson today is follow Homa’s lead and don’t panic, even when you get in trouble.  Plan your escape, don’t throw away shots needlessly.