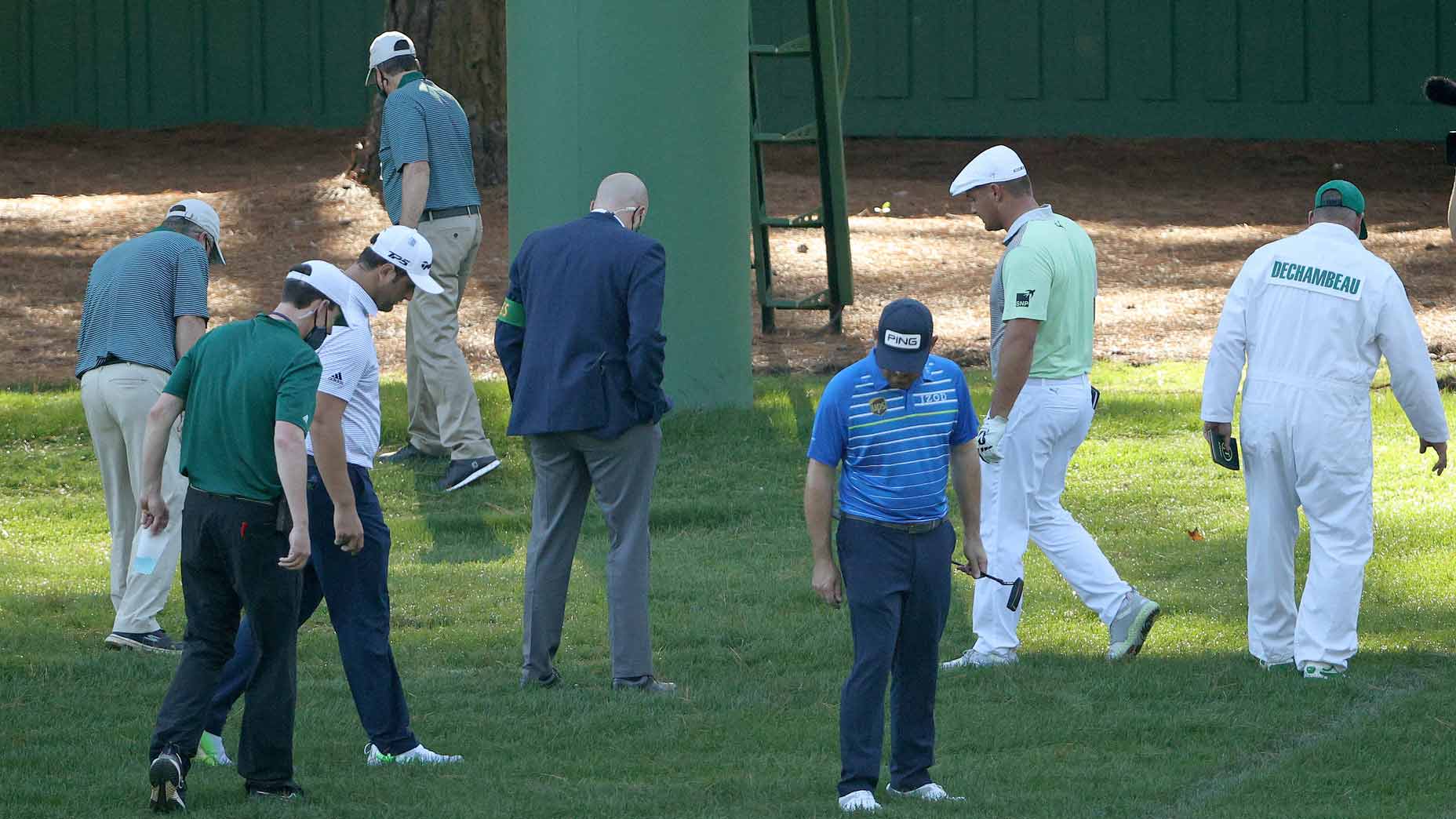 A lost ball on the third hole Friday was the beginning of the end for Bryson.

The great Bryson DeChambeau power experiment at the 2020 Masters has been an enormous failure.

DeChambeau managed a two-under par 70 on Thursday but things fell apart for him starting at the short, 350-yard third hole on Friday.  It was there that DeChambeau, trying to drive the green, hooked his tee shot into some thick rough left of the hole.  There were 20 people searching for the allowed three minutes but the ball was lost.  He went back to the tee, hit his third and eventually walked off the green with a triple-bogey seven.

Bryson went bogey-bogey after that, never recovered and shot 74.

Later he made excuses.

“I’ve felt really, really odd the past few days,” he said.  “I was getting a little dizzy — got checked for COVID, was negative.”

Bryson said they found the lost ball eventually.  “A guy came up to me on the fourth tee, hands me the ball and says “I found it.”  It just seems there’s a lot of things not going the right way.”

When DeChambeau looks back, he might consider that his on-site preparation was in a frenzy as he kept hitting driver after driver at the practice area on Monday, Tuesday and Wednesday, smashing drives with all his might.

This go-round, the Mad Scientist’s lab experiment was a giant failure:  70-74 the first two rounds and with all the pressure off the pre-tournament favorite, he finally managed to shoot 69 on Saturday and found himself three-under par and tied for 29th after making the 36-hole cut on the number.