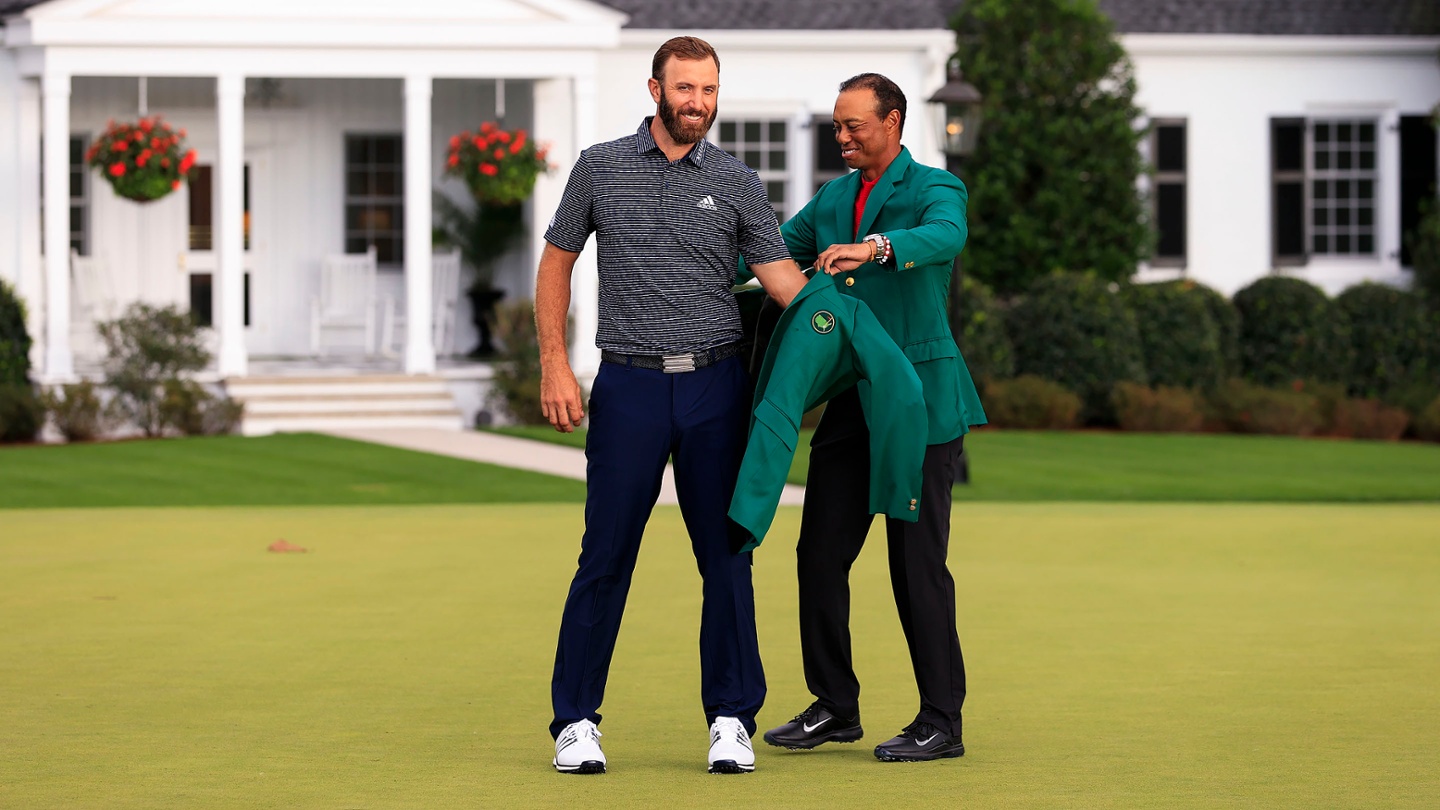 Tiger made a second presentation of the Green Jacket to D.J. outdoors on the putting green.

Tiger Woods has NEVER made a double-digit score on any golf hole as a professional.

Until Sunday at the 84th Masters.

The hole that helped propel Woods to his fifth Masters victory last year, smacked him in the face like never before.

The par three 12th is the shortest hole on the course at Augusta National Golf Club.  Just a nine-iron most of the time, Tiger pulled an eight for his tee shot as he made his way through Amen Corner.

But Tiger didn’t hang his head, in fact, he rebounded the way you’d expect a 15-time major champion to fight back.  Woods birdied five of his final six holes starting at the par five 13th.  The only closing he he parred was the 14th as he went on to birdie 15, 16, 17 and 18.  Even though he was seven-over on the hole that helped deliver him the 2019 Masters, Woods still managed to shoot 39 coming home for a closing 76.  Incredible performance when you take the “10” into account.

“I committed to the wrong wind,” he said, referring to the swirling winds that can cause havoc at Amen Corner.  “I got ahead of it and pushed it and that started the problems from there.”

Tiger’s first rolled back into Rae’s Creek, with his third, he got too cute and spun that ball back into the water.  His fifth found the back bunker with a terribly awkward stance, Tiger thinned it into the water, hit his eighth on the green and two-putted for the dastardly 10.

Tiger shook it off and was all smiles as he sat in the Butler Cabin and listened to ANGC Chairman Fred Ridley recount how special Woods’ 2019 victory was for everyone.

Then Woods got up and helped Dustin Johnson slip on his hard-earned Green Jacket as the 2020 Masters Champion.