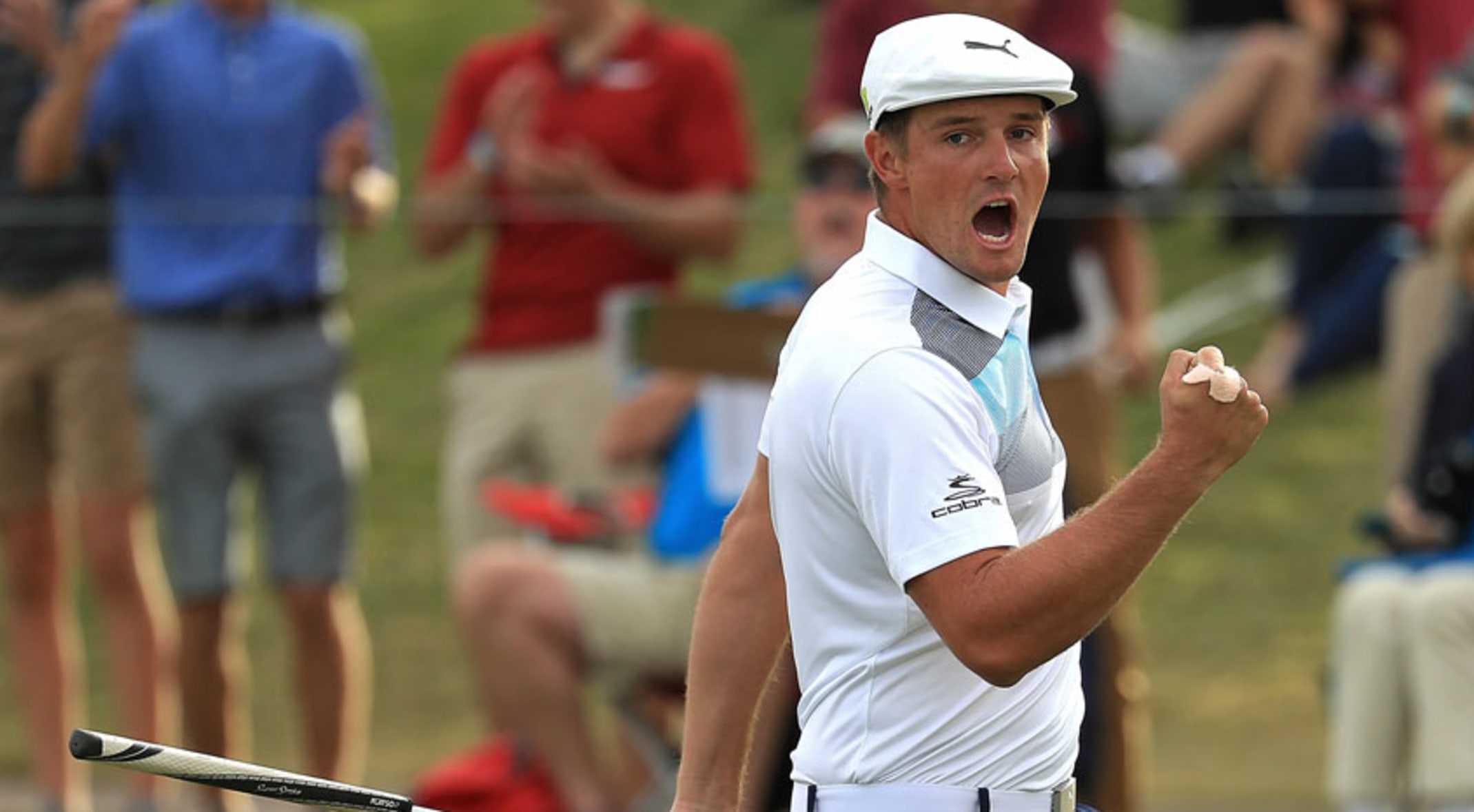 Bryson DeChambeau Shows Up Bulked-Up, But Will He Still Be Slow?

After the Tour Championship, Bryson DeChambeau wanted everyone to know that he was putting the clubs aside and that he would be spending his time getting bigger and stronger.

Well, Bryson The Snail is on hand in the Bahamas for Tiger Woods’ Hero World Challenge and the tour’s pace of play offender kept his promise.  He’s checking in now at an eye-opening 222 pounds and says he might get bigger yet.

“I’m going to become like a gymnast. I watch online, on Instagram, these gymnast influencers, and that’s where I want to get.”

DeChambeau added: “I’ll never get to my target size or weight.  I think now, with this knowledge and understanding, the sky is the limit. I’m going to become massive. You’ll start to see this week.”

Everyone can take a look when play begins in Wednesday but DeChambeau couldn’t help but brag about one of his drives during a Tuesday practice round.

DeChambeau spends some of his time in Albany and he trains there as well as with his traner in Denver.  He says he’s been averaging a trip-and-a-half to the gym per day, at least an hour per session, and that he’s seeing results. His primary focus, he says, is core. “A lot of core.”

So where will this eventually take the man known as “The Mad Scientist?”

All we know is, it would be great if all these workouts would speed up his pace of play.