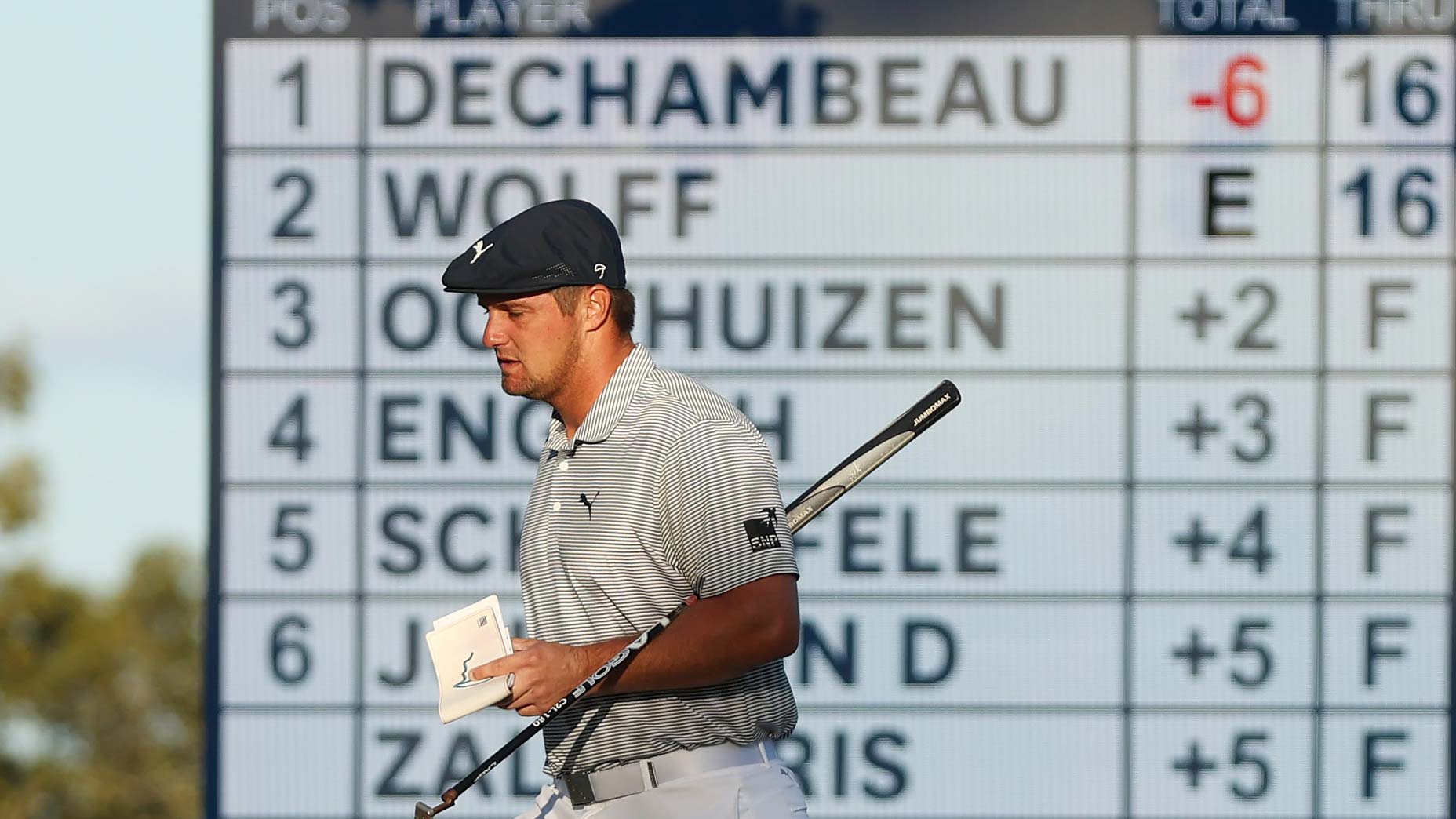 Bryson DeChambeau makes his first start this week as a major champion.

Bryson DeChambeau, golf’s resident game-changer, is back in action this week and is the odds-on favorite at the Shriners Hospitals For Children Championship.

DeChambeau, who startled the world of golf by shooting six-under par at Winged Foot last month to win the U.S. Open, will be reunited in the first two rounds with youngster Matt Wolff, who went head-to-head with DeChambeau on Championship Sunday at Winged Foot, finishing second to Bryson.

Cameron Champ, who may be the tour’s longest hitter, can check out his distance against Wolff and DeChambeau as he rounds out their grouping for the first 36 holes.

Highest-ranked player in the field this week at TPC Summerlin is world’s No. 5 Collin Morikawa — the 2020 PGA Champion.  Webb Simpson is the third player in the top 10 in this week’s PGA Tour action — Webb checks in at No. 7.

Resurgent Sergio Garcia, who won last week’s Sanderson Farms Championship with a spectacular eight-iron into the final hole, will continue his comeback.

Kevin Na, who lives in Las Vegas, is the defending champion.  Last year he defeated Cantlay on the second hole of a sudden-death playoff.  Cantlay won the event in 2017.

Another storyline this week is the continued effort of Korn Ferry Tour points leader Will Zalatoris, who needs 95 FedEx Cup points to gain PGA Tour status.

Franceso Molinari his making his first start since the WGC-Mexico Championship in February. He moved his family to California this year and took some time away from golf after the COVID-19 outbreak.

Tony Finau Out Of Shriners After Testing Positive For COVID-19:

The Shriners field will be minus one tour star as Tony Finau tested positive for COVID-19 during the PGA Tour’s on-site testing on Tuesday.

Finau released this statement after receiving the test results:

“Earlier today, I received a positive result for Covid-19 under PGA Tour on-site testing protocols and have begun a period of self-quarantine to protect others around me. I am feeling well, and am otherwise in good spirits.  I look forward to returning to action as soon as I am able, and I wish everyone at the Shriners Hospitals for Children Open a great week ahead!”

This was to be Finau’s first appearance since his tie for eighth at the U.S. Open last month.  Now he’s in quarantine per PGA Tour protocol.  He is only the third player to test positive in the past seven weeks.

Phil Mickelson will go up against the over-50 set next week for the second time as he’s committed to play in the Dominion Energy Charity Classic, October 16-18 at the Country Club of Virginia.

He’ll have some competition as Jim Furyk and Ernie Els will also be in the field.