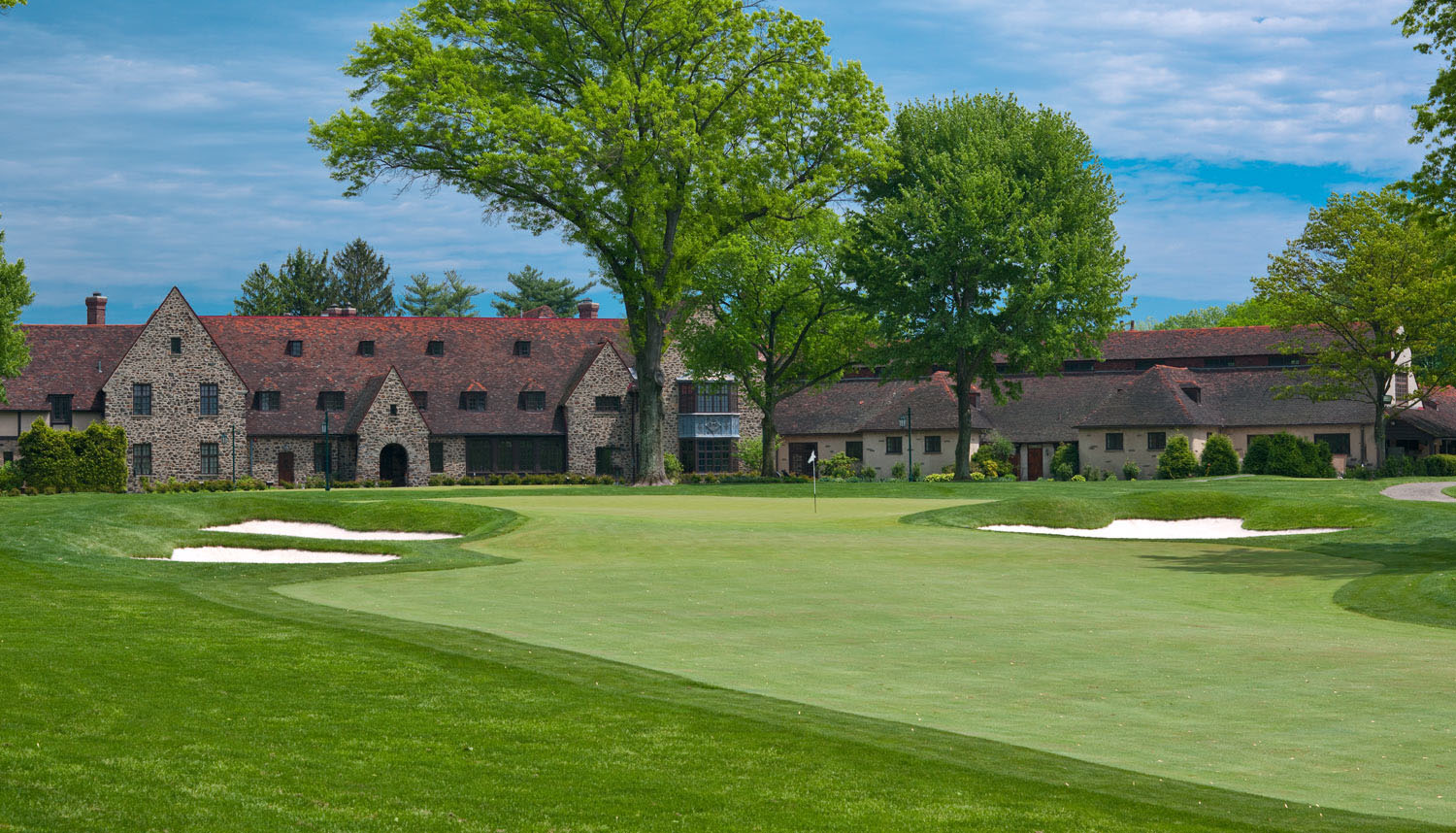 “I intended to make this my masterpiece but not until today did I realize that I built better than I knew.”

Historic Aronimink Golf Club sits quietly in the Philadelphia suburbs, about 15 miles west of the city.  It’s stately clubhouse opened in 1928 and the club harkens back to a different time and place in America — the tail end of the Roaring ’20s.

The course stands as one of the magnificent works of Donald Ross.  Sadly, its length has left it without challenge when it comes to today’s PGA Tour stars but there’s still a group of accomplished professional who are perfect for a major competition at this famed club — the stars of the LPGA Tour.

KPMG has become heavily invested in women’s golf and is the money behind this week PGA Championship — the third major of the season for the ladies.  Aronimink is a perfect setting as it can play anywhere from 6,500 to 6,800 yards — again, just right for the ladies.

The roots of this club date back to 1896 and the current grounds were acquired around 1926 with the impressive stone clubhouse opened on Memorial Day, 1928.

It’s name comes from the chief of the Lenape Indian tribe.  Chief Aronimink once lived in a small house on the property in his later years.

The club wanted to get back to its early Donald Ross roots and began moving down that path of restoring Ross’s work about 20 years ago.  At that time it was Ron Pritchard who got the members to think about Ross and his original design work.  He started with removal of some trees.  As he got into the work, old aerial photos were discovered and they showed what Ross built was different from his drawings.  The focus would be on what Ross actually built.

This week you will see clusters of bunkers, and groups of them, as opposed to one single bunker. There were old videos of Ross with the bunkers visible in the background. It was a departure of sorts for Ross but he obviously understood the potential of this property and how good it could be.

Gil Hanse was called in to finish the work and it was a home-game for him. Hanse lived in the Philadelphia area for 27 years.  He and wife Tracey lived in an old, renovated barn in the Philly suburb of Malvern.  He and partner Jim Wagner finished the restoration from 2016 to 2017.

Hanse, like Prichard, had a focus on the bunker complexes.

“I think it’s the bunkering. It’s the visual, the character of these clusters and how they sit in the landscape. They’re dramatic. You have a wonderful set of Ross greens. We expanded those hoping to recapture some old hole locations. So I think that’s prominent. We lengthened the golf course a little bit; we did all the things that you do for championships. But I think that the restoration of that bunker style and those configurations is definitely the most dramatic part of what we did,” Hanse said as he talked about the major stage this week for the ladies.

“I was out there on Thursday (last week), and the course is in great shape. John Gosselin, the superintendent, has done an amazing job getting it ready. We’re all hopeful that Mother Nature cooperates — any championship test in this era, whether it’s men or women, needs some firm conditions to be challenging. So we’ll keep our fingers crossed.”

The weather should cooperate nicely.  The tournament forecast looks quite nice –– northern fall weather with sunny skies on Thursday and Friday, cloudy on the weekend with low chances of any rain.  There will be some winds,  highest on Thursday and present to some degree the rest of tournament week.

The first two majors have yielded surprise winners — Sophia Popov at the Women’s Open Championship and Mirim Lee at the ANA Inspiration.

The favorite this week at Aronimink?

Look for a shot maker and a sound putter.

First and Second Round Pairings: