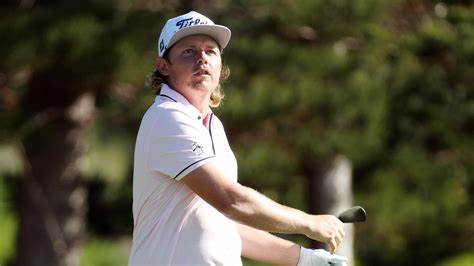 How low can he go?

After opening with an eight-under par 65 on Thursday, Aussie Cameron Smith went even lower on Friday at the Tournament of Champions with a nine-under par 64.  He’s setting a torrid 36-hole pace at 17-under and leads by three shots.

Smith didn’t know what to expect as he said coming into this week but now he knows — a lot of birdies.

Kapalua’s Plantation course was wet and birdie-friendly after the PGA Tour let the 38-man field play lift-clean-and-place due to wet fairway conditions.  But the course was beginning to dry out and Friday and they may play the ball down on the weekend.  Nevertheless, Smith’s got a three-shot lead over world’s No. 1 Jon Rahm and Daniel Berger.

Here’s how the contenders are lined up behind Smith heading into the weekend:

Daniel Berger (66-66):  Berger missed from inside 10-feet at the 18th for birdie.  The putt would have put him in the final twosome with Smith.

Sungjae Im (67-67):  Probably drove him nuts having to go a few weeks without playing in a tournament.

Kevin Na:  So much fun to watch him putt.  Drier fairways and more roll will help him.

There are another 10 players logjammed at 136 including Xander Schauffele, Brooks Koepka and Sam Burns.  But the 10-unders are a whopping seven shots back and will find it hard to contend if Smith doesn’t slow down.

World No. 2 Collin Morikawa is a disappointing eight-under par.

The entire field is under par.  Defending champion Harris English is one of three guys at the bottom, they’re at three-under par.