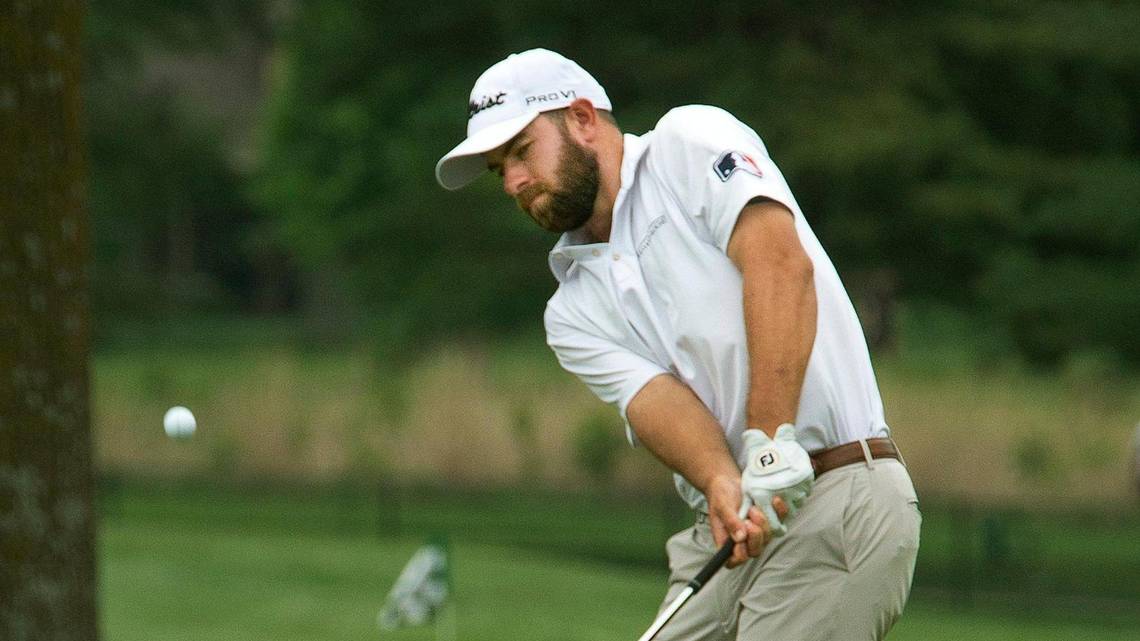 It’s no stretch that Cameron Young will be the PGA Tour’s Rookie Of The Year for this season.

After finishing runner-up by a shot to Cam Smith at the Open Championship, he was in the thick of it again this week at the Rocket Mortgage, eventually finishing tied for second with Patrick Cantlay behind the red-hot Tony Finau at Detroit Country Club.

With seven top three finishes on his short resume for the season, he’s climbed into the top 10 in the FedEx Cup standings, checking in at No. 9, the only rookie in that lofty company.

Young’s also up to No. 17 in the Official World Golf Rankings.  Basically, this young man from Wake Forest is really, really good and he’s shown it over the 22 events he’s played this year.

Been a spectacular year for him to say the least.

Next up?  A probable win on the PGA Tour — not a matter of it, just a matter of when and the upcoming playoffs present the perfect opportunity.

When Joo Hyung Kim finished second at the Scottish Open, he earned special temporary status on the PGA Tour — basically he can accept an unlimited number of sponsor invites and he’s taken full advantage.  He’s also made it easier to spot his name — he now goes by “Tom” — Tom Kim.

Tom Kim is a special talent at age 20 and may be the youngest rising star who will no doubt have full status on the PGA Tour next season.  He tied for 47th at the Open Championship, tied for 26th at the 3M then finished solo seventh on Sunday at the Rocket Mortgage.  All he did on Sunday was shoot the day’s low round — a sensational nine-under par 63.  The television broadcast saw him hole out his second on the par four 10th with a short wedge for an eagle two on his way to his best round on Tour.

“It means everything,” Kim said. “Every day I’ve played golf, I thought about playing on the PGA Tour, it was nothing else. Today it could get a little emotional tonight, but it’s definitely been a dream, it’s been a road and hopefully next season I’ll be out here full-time.”

Already a six-time winner in Asia, Kim earned special temporary status on Tour earlier this season, but now he’s done something that Matt Fitzpatrick and Joaquin Niemann both did in recent years — earn their Tour cards by finishing with more non-member points than No. 125 on the current season’s FedExCup points list.

Rookie Taylor Pendrith put on a nice display all week at the Rocket Mortgage.  Playing on Sunday with Tony Finau in the final twosome, he was visibly nervous but by day’s end, he managed to shot an even par 72 to tie for second with Patrick Cantlay.  That moved Pendrith 34 spots in the FedEx Cup standings — he went from 96th to 62nd.

A former baseball pitcher, he’s a big guy with a lot of power.  He launched some monster drives last week and showed he’s got some game despite missing four weeks do to an injury.

Now he’ll have at least two weeks in the playoffs.

Regular Season Wraps Up At Wyndham:

The 2022 PGA Tour season wraps up, at least the regular season, with this week’s Wyndham Championship.

In two week’s the FedEx Cup playoffs begin in Memphis at the St. Jude Classic.