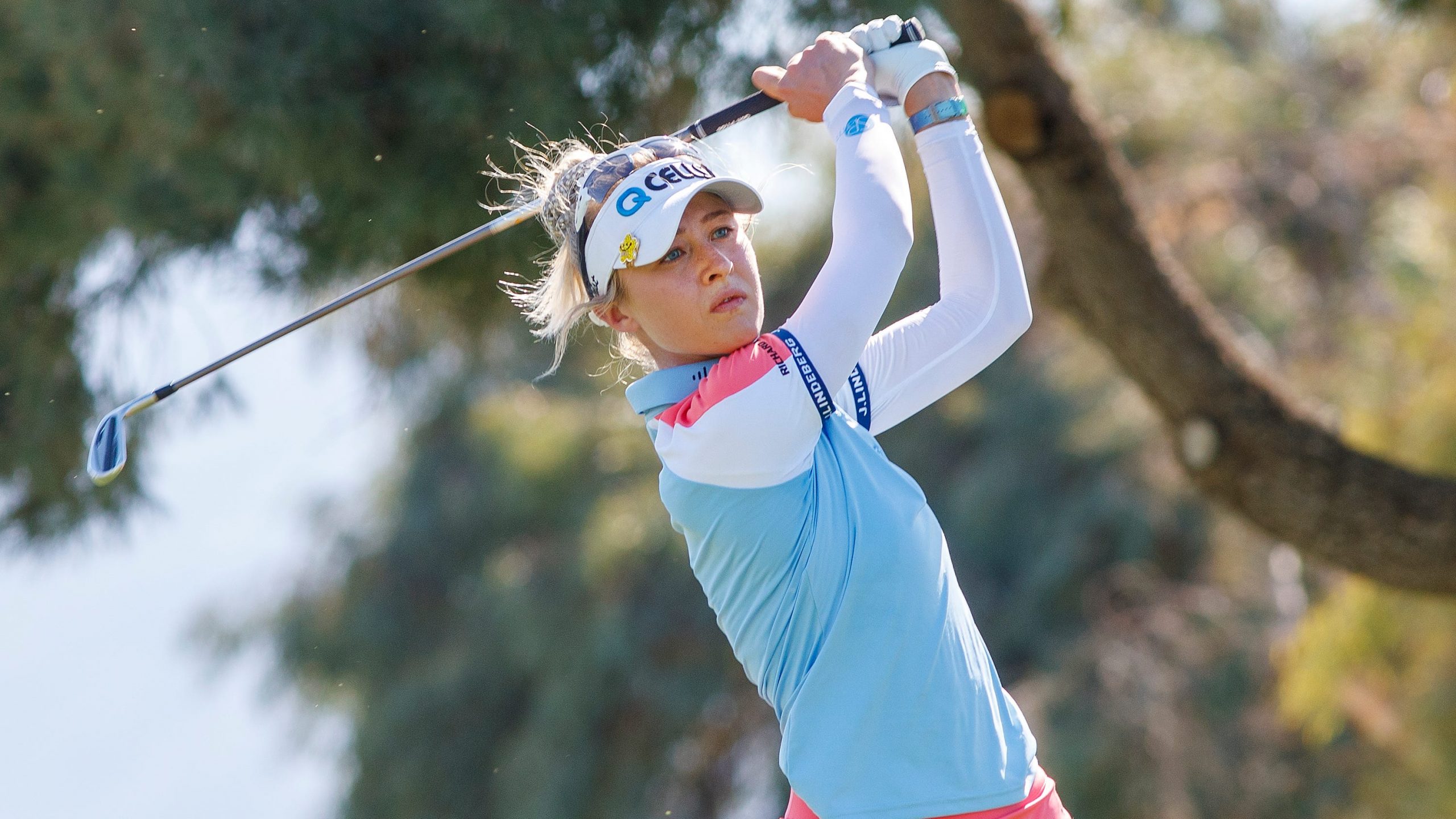 Third-ranked Nelly Korda has momentum on her side at the Atlanta Athletic Club.

Nelly Korda has a lot going for her this week as she looks for his first major championship at the Women’s PGA.

The younger of the Korda sisters won last week’s Meijer Classic with a record performance — she shot 25-under par to beat Irish rookie Leona Maguire by two shots.  Her victory jumped to her No. 3 in the Rolex World Rankings behind Jin Young Ko and Inbee Park.

“Every week is a little different,” Korda said after her win last Sunday,.  “So hopefully I carry it into next week.”

This is the third major of the women’s season and thus far, no Americans have finished in the winner’s circle.  Patty Tavatanakit from Thailand won the ANA Inspiration while Yuka Saso from Taiwan prevailed in the Women’s U.S. Open at the Olympic Club.

This week will also determine the final standings for the various women’s U.S. Olympic teams for the golf competition.  It looks like Nelly Korda, Danielle Kang and Lexi Thompson have spot wrapped up if they opt to travel to Japan.  Jessica Korda is inside the top 15 in the Rolex rankings, if she can hold that spot, she’ll qualify as well but there are a number of players who can jump into the American squad with a good week at Atlanta Athletic Club.

Things have gotten a little testy in the U.K. once again with additional lockdowns but the R&A is still confident it will have huge crowds at the Open Championship next month at Royal St.George’s.

The R&A released this:

“We can now confirm that we will be able to welcome up to 32,000 fans on each championship day of The 149th Open at Royal St George’s and that this will include those existing ticketholders and hospitality guests who have already purchased tickets.  Our end goal is to stage a fantastic Open at Royal St George’s and give our fans and players something to be genuinely excited about this summer. Continuing to ensure the health and safety of all of those attending remains our highest priority.  We will be emailing all existing ticket holders and hospitality guests to confirm the arrangements for The 149th Open this afternoon, including the requirements for Covid status certification.”

Martin Slumbers, Chief Executive of The R&A, added:  “We are pleased to now be able to proceed with our plans for having a significant attendance at this year’s Championship. These fans will play a huge role in creating a very special atmosphere as the world’s best players compete for the Claret Jug and we look forward to welcoming them to Royal St George’s.

All is not well in Portland (Oregon) where things are very, very unsettling and the LPGA Tour’s longest-running non-major has been forced to move to a new venue.

There’s a large, ever-growing that borders Columbia Edgewater Country Club, which has hosted the Cambia Portland Classic for 42 of its 49 years.

According to a report by the Oregonian (Portland’s local print-rag), tournament organizers came to this last-minute decision because of safety concerns.

“It was a really tough decision,” Tom Maletis, president of Tournament Golf Foundation, the Portland-based nonprofit organization that runs the event, told The Oregonian. “We are frustrated and disappointed about the move. But it’s just something that we feel is best for the tournament and everyone involved.”

Instead, the tournament’s 50th anniversary will be celebrated at Oregon Golf Club in West Linn, a Portland suburb about 26 miles south of the city.

Columbia Edgewater CC is located in northeast Portland and the road that borders the club was once a tree-lined, bike-friendly stretch. Now it has become one of Portland’s largest homeless encampments, full of trailers, tents, rubble and garbage, the Oregonian reported.