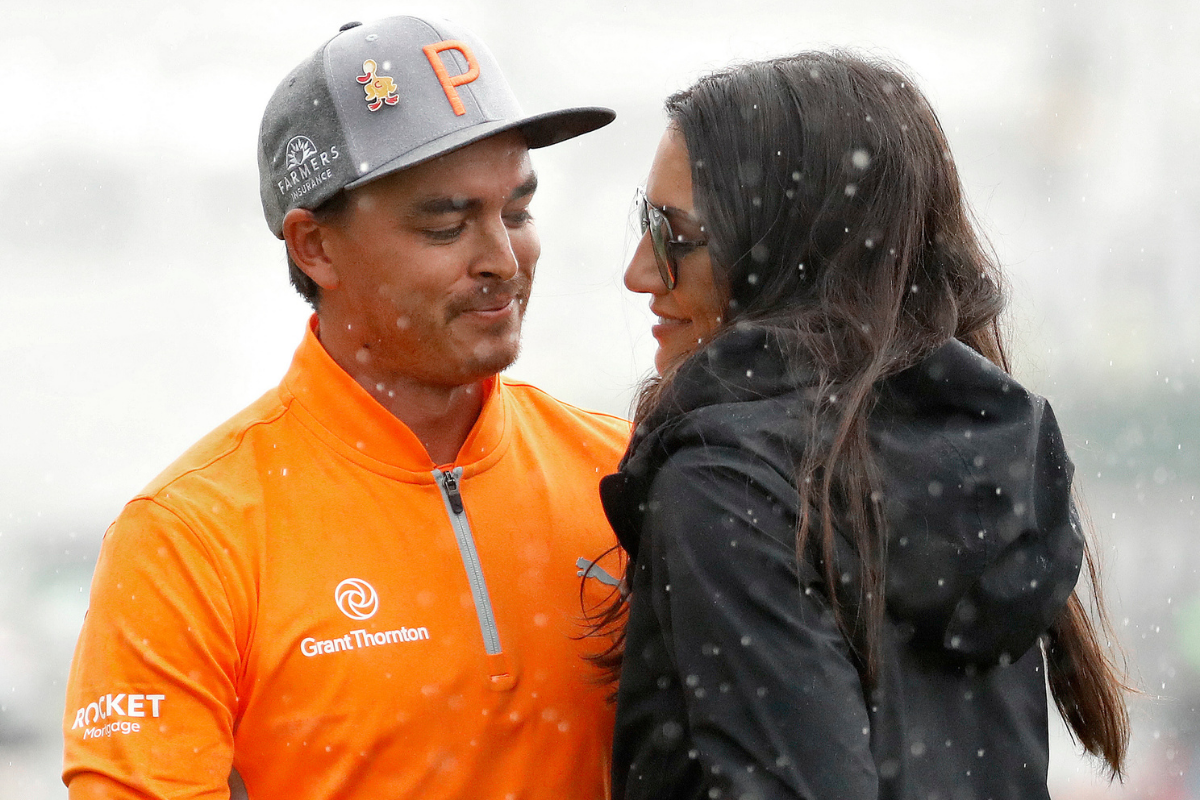 Rickie and wife Allison are expecting their first child in November.

Rickie Fowler will have a new title by his name when he tees it up at The Travelers this week — expectant father.

Rickie and wife Allison let the cat out of the bag this week with a cute Instagram post — “Reservations for November:  Fowler, party of three.”

Rickie also disclosed it’s a girl with the hashtag “GirlDad.”

After missing last week’s U.S. Open championship, Fowler is just one of the big names in this week’s Travelers where Dustin Johnson is the defending champion.  D.J. was knocked out of the No. 1 world ranking on Monday of this week by Jon Rahm, winner of the U.S. Open at Torrey Pines this past Sunday.

There plenty other big names joining Rickie and D.J. at TPC River Highlands.

Bryson Dechambeau, Brooks Koepka, Xander Schauffele, Patrick Reed and Patrick Cantlay are in the field along with two-time champion Bubba Watson and Mackenzie Hughes, who entered last week’s final round tied for the 54-hole lead with Louie Oosthuizen and Russell Henley.

Last week’s U.S. Open marked the final week for the Summer Olympics next month in Japan.

Only problem is a lot of name players are going to pass on the competition.

Dustin Johnson already said he’s not going and the U.S. team will have four players who didn’t play in the last Olympic golf competition.

Justin Thomas, Collin Morikawa, Xander Schauffele and Bryson DeChambeau will represent the U.S.  Countries are allowed four players if all are ranked inside the top 15 in the Official WOrld Golf Rankings.  .

Of course Masters champion Hideki Matsuyama will represent Japan along with Rikuya Hoshino, who tied with Hideki for 26th at last week’s U.S. Open.

U.S. Open champion Jon Rahm has indicated he will represent Spain and it may be Adri Arnaus joining him as Rafa Cabrera Bello and Sergio Garcia have indicated they won’t make the trip to Japan.

Great Britain’s team will be Tommy Fleetwood and possibly Paul Casey as Tyrrell Hatton, Matthew Fitzpatrick and Lee Westwood have all declined the trip.

Here’s a list of some of the better known teams and players:

Reshuffle in World Rankings, Rahm Jumps To No. 1:

It was about time and with Dustin Johnson’s mid-season slump, if you want to call it that, Jon Rahm, with his U.S. Open win, has jumped back to No. 1 in the Official World Golf Rankings this week.

Johnson moved back to No. 2 followed by Justin Thomas at No. 3, Collin Morikawa at No. 4 and Xander Schauffele at No. 5.  Sixth is Bryson DeChambeau, Patrick Cantlay has risen to seventh, Brooks Koepka is No. 8, followed by Patrick Reed at nine and Rory McIlroy is No. 10.  Tyrrell Hatton moved out of the top 10 to No. 11 while Louie Oosthuizen with his runner-up finish at the U.S. Open moved up to No. 12.