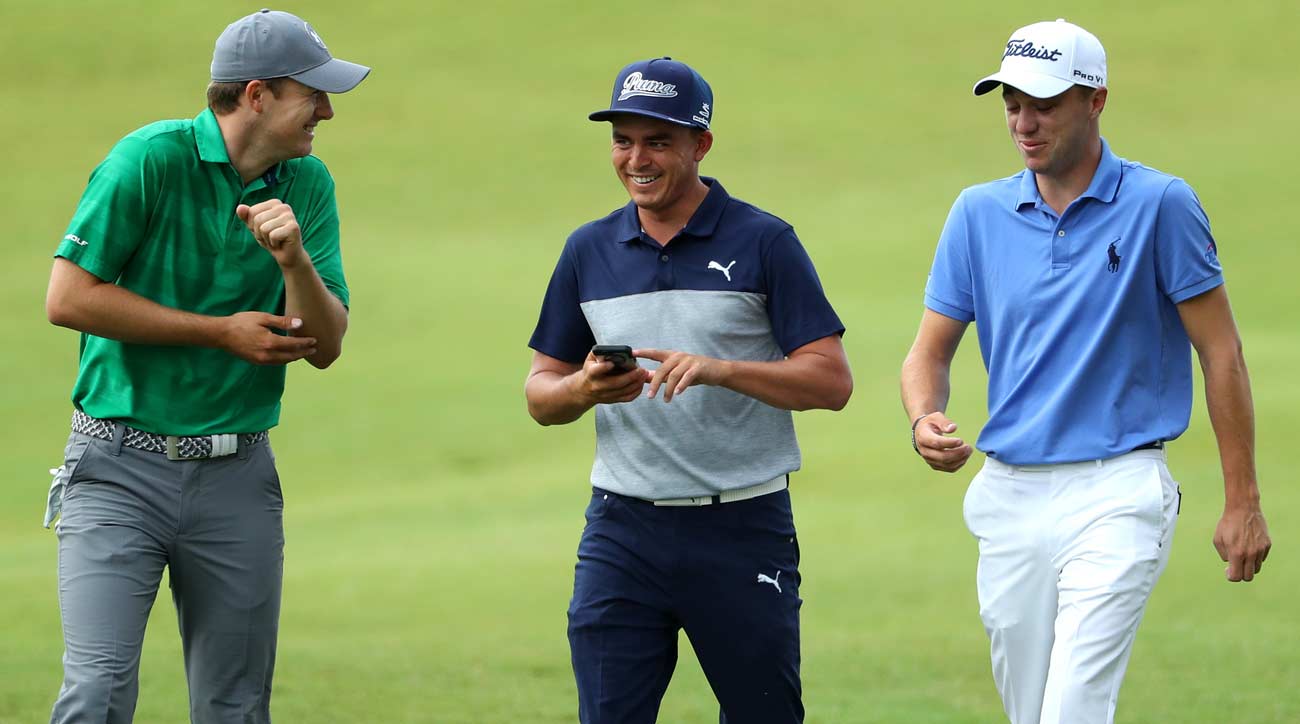 The "Three Amigos" will ride together for the first two rounds at The Players.

A question that is thrown around so very often these days:

“Whatever happened to Jordan Spieth?”

Jordy went from absolute world-beater to “is he playing this week” in a downward trend that has seen him fall to No. 56 in the Official World Golf Rankings.

After finishing 55th at The Farmer, missed cut in Phoenix, an eye-opening T9 at Pebble Beach then a T59 at the Genesis and a T58 at WGC-Mexico, Spieth is still looking for a semblance of the game he once carried.

Rickie could use a good showing this week at The Players as well.  After disappointing one of his main sponsors by missing the cut at The Farmers, Rickie went T37 in Phoenix, missed cut at the Honda and T18 at Bay Hill.

So now we have a reunion of The Three Amigos for the first two days at The Players.

Fowler, Spieth and Justin Thomas will play together for the first 36 holes.  Can the friendly smiles of his buddies bring Spieth back to life.  Remains to be seen.

The Amigos tee off at 8:46 a.m. on Thursday from the 10th tee but will get plenty of television air time on Friday.  They go off at 1:51 from the first tee.

Question for this week:

Can playing with his buddies help Spieth?

Truth be known, Justin Thomas, now the second highest-ranked American at No. 4 behind Brooks Koepka (3), is just fine.  He’s expected to contend this week.

As for Rickie, well, Rickie needs to step up his game.

So what’s the over/under for The Three Amigos for the first 36 holes?

Can’t wait.  If Jordy can’t play well with his buddies, well, the beat goes on.

After cancelling three of their Asian swing events, the LPGA Tour is back in business this week in Phoenix.

The Founders Cup at the Wildfire Golf Club is the site as the tour returns to American soil.

Big question is the health of defending champion and world’s No. 1 Jin Young Ko of South Korea.

Ko hasn’t played in an event since suffering an ankle injury in late 2019.  She’s the defending champion.  Last year she came from behind and finished at 22-under par to nip four players for the title.  American sisters Jessica and Nelly Korda tied for second at 21-under along with Spain’s Carolota Ciganda and Yu Liu from China.