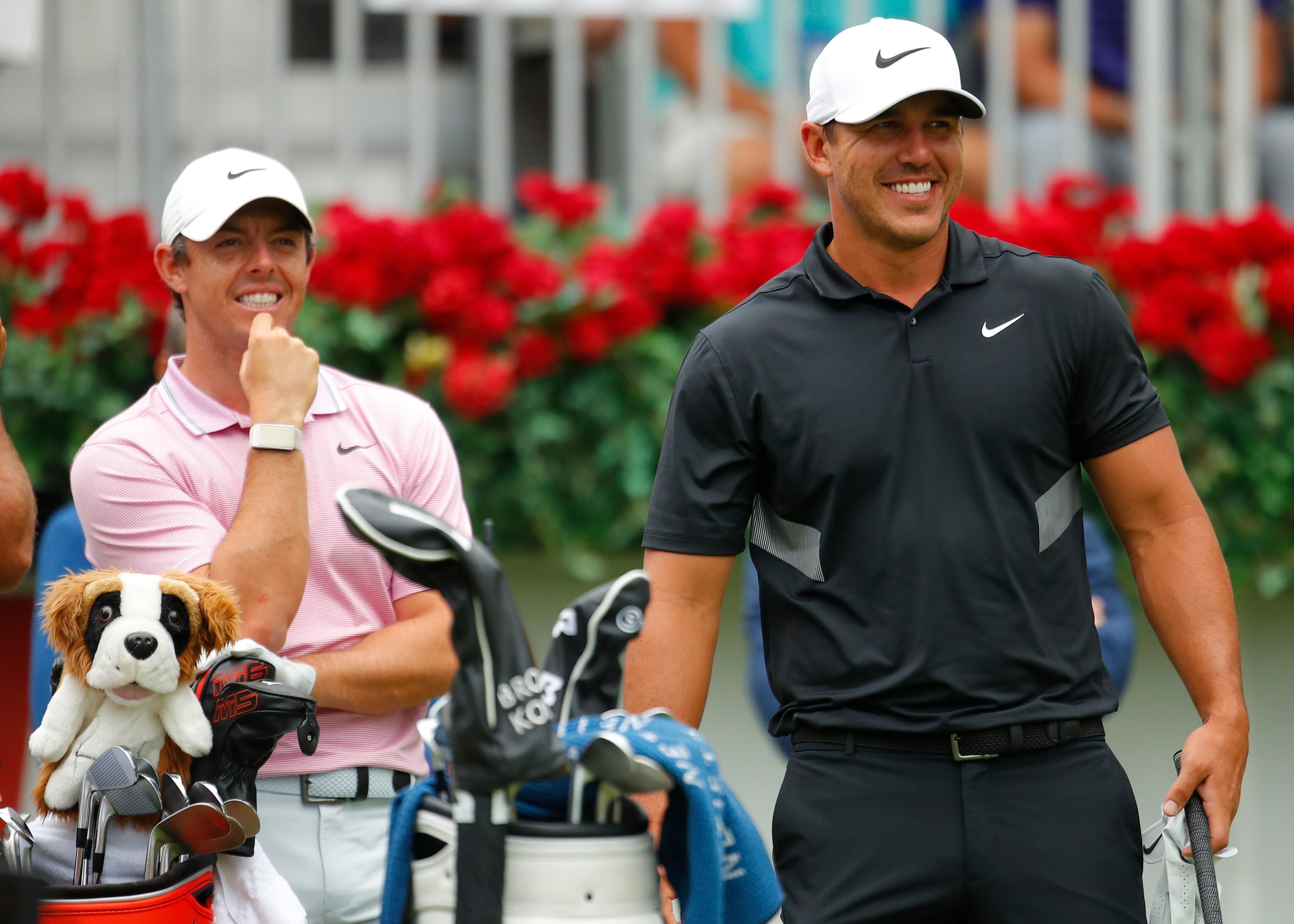 Needless to say, Brook and Rory don't hang around together off the course.

Perhaps some underling raised their hand and said:  “Hey! Why don’t we put the world’s No. 1, No. 2 and No. 3 out together the first two days?”

So you’ve got Jon Rahm, who is back after two weeks off — he avoided any scar tissue that came with the Honda and the AP Invitational.  He’s obviously well rested and has a 10th at the Tournament of Champions, a runner-up at The Farmers, a T9 in Phoenix, T17 at Riviera and a tie for third in his last outing at the WGC-Mexico.  Pretty snazzy.

Everyone knows what Rory’s done lately — he’s finished no worse than fifth in his last seven events, including a win at the HSBC Champions.  Wow — most consistent and achieving guy on tour today.

As for Koepka, as he indicated at the Arnold Palmer after his final round — his game is “shit.”  Well that about sums it up.  Good news for Brooks is after his 81 last Saturday, he bounced back with 71 on a difficult Sunday at Bay Hill.  Still, BK summed it up in those stinky terms.

Which brings us to Thursday.  As we’ve come to understand, there’s no love lost between Brooks and Rory.  In fact, Brooks said what most of us already suspected — he doesn’t need any friends on the PGA Tour — he already has all the friends he needs.  Thank-you Brooks.  We understand — you wear that Lone Wolf badge extremely well.

As for Rory, he’s incredibly likeable, approachable and he’s now on his 100th week at No. 1, meaning only Tiger Woods and Greg Norman are ahead of him on that count.

Rahm is the guy on tour who keeps getting better and better every time we see him.  He’s the best player in the world without a major championship but he’ll no doubt lose that distinction sooner than later.  He’s turned over the “Volcano” moniker to Tyrrell Hatton and Jon’s getting down to the business of making a run at Rory for the top spot.

So what’s the over-under for each member of this distinguished group?

Okay, let’s set 70 as the Over/Under for Thursday.

So there you have it.  Who do you like?