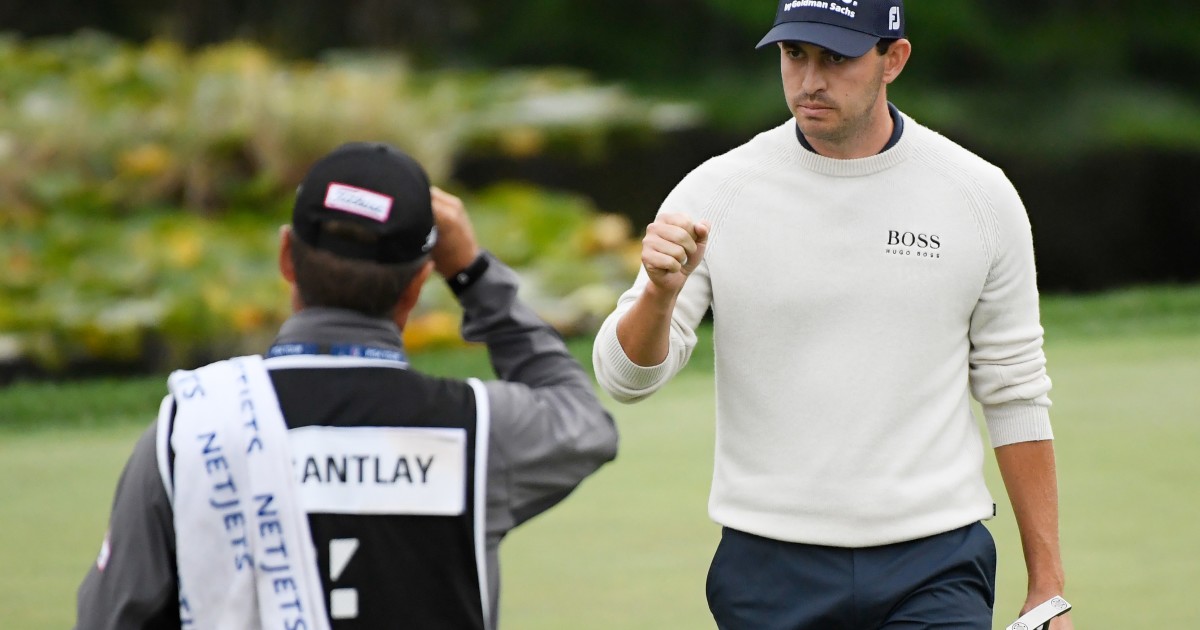 Patrick Cantlay would be trailing Jon Rahm by three shots in the "low gross" division.

Cantlay (17-Under), Rahm (16-Under) Pull Away At Tour Championship

Patrick Cantlay and Jon Rahm have separated themselves from most of the field after 36-holes at the Tour Championship and they’ve shown no indication they won’t continue to do that going into the weekend at East Lake.

Rahm, the world’s No. 1, has made up three shots on the “stagger start” that the Tour uses in his season-ending event.  Cantlay started at 10-under and with rounds of 67-66 in the books, he got to 17-under with a closing birdie on Friday.  Rahm played head-to-head with him and they’ll be paired again on Saturday, moving day.  Rahm would be the leader if this were an actual Tour event where low score wins.  Rahm has two 65s in the book and he’s made up three shots on Cantlay, as Rahm started at six-under.

With Cantlay at 17-under and Rahm at 16, Bryson DeChambeau (69-67) is closest to them but he’s six back of Cantlay, five behind Rahm.

Here’s how they’re lined up behind Cantlay and Rahm heading into “Moving Day” at East Lake:

DeChambeau:  Started with seven shots and with rounds of 69-67 he’s at 11-under.  In real life he’d be six behind Rahm.

Justin Thomas:  J.T.’s the only other player in double-digits under par.  He’s got a pair of 67s in the books and is 10-under.  That seven behind Cantlay.  A lot of shots to make up considering how steady Cantlay is and can be.

Eight Shots Back At Nine-Under Par:

Eight shots sounds like a LOT of strokes to make up on a player like Cantlay, who is now ranked fourth in the world rankings.  Here’s who is chasing:

Tony Finau:  Finau has pretty much squandered his advantage.  He started just two shots behind Cantlay but after rounds of 72-67, Tony’s nine shots behind Rahm’s pace.  Don’t see him making up that kind of distance.

Kevin Na:  Na is seven-under thanks to that magical putter of his.  He only got two shots at the beginning so he’s seven-under through 36 holes with rounds of 66-67.

Viktor Hovland:  He’ll be one of Paddy Harrington’s picks for the European team and he’ll be a start later this month.  Has rounds of 66-68.

Cameron Smith:  A pair of 68s but he’ll need a strong weekend to move up.

Harris English:  With rounds of 66-69, if he finishes strong, he’ll be making a case to be one of Steve Stricker’s captain’s picks.

Anyone who is more than eight shots back is probably too far back.  Cantlay and Rahm are setting a tough pace, can’t see both playing bad over the final 36.

Unlike Caves Valley, East Lake is more of a challenge and hasn’t yielded those ultra-low rounds like we saw at the BMW Championship.

Both Rahm and Cantlay have games that are totally suited to the golf course.  Rahm has even more motivation — he was way ahead of Cantlay and Collin Morikawa at The Memorial when COVID knocked him out of the final round.  Most believe he would have won easily, instead it was Cantlay at Jack’s Place.