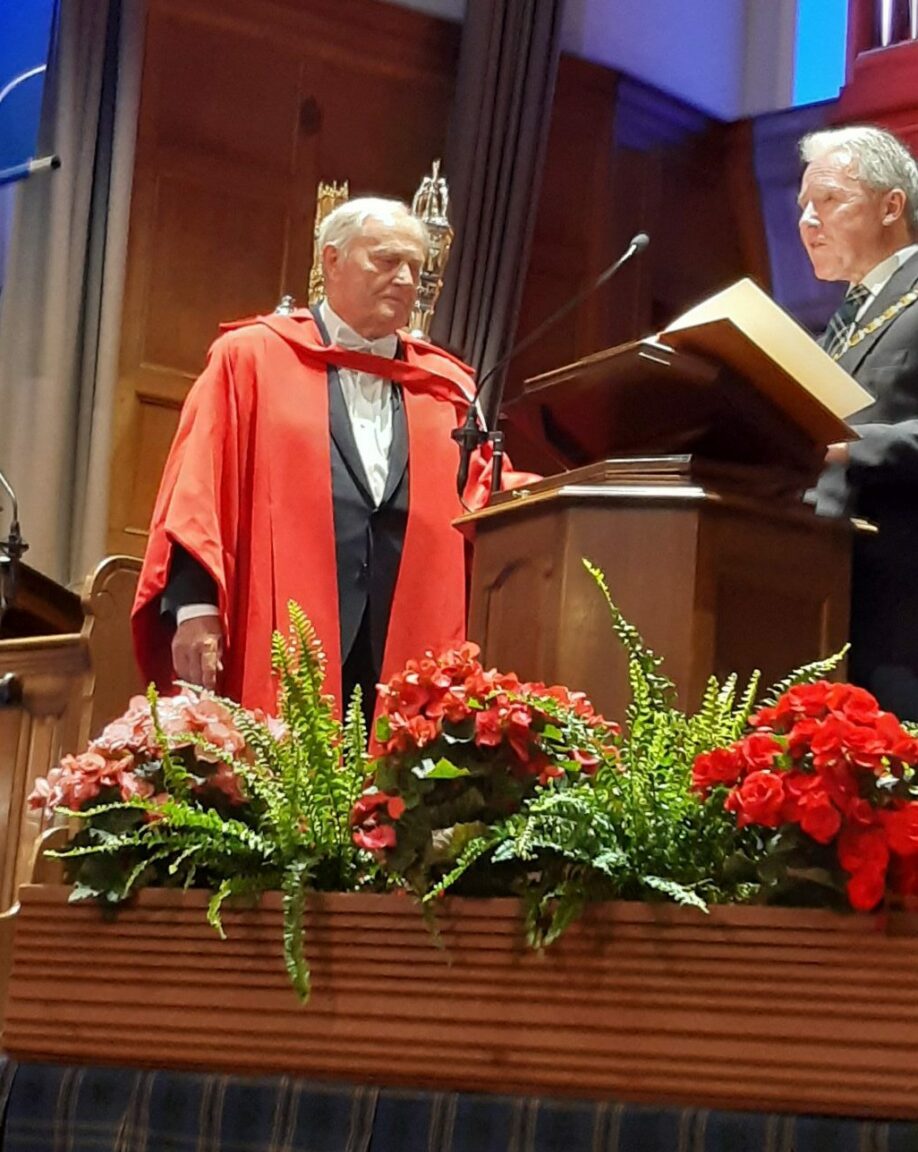 Jack Nicklaus became only the third American to be honored by the city of St. Andrews.

Three Americans in history have been honored with the Freedom Of The City designation by St. Andrews.

Nicklaus delivered an emotional speech at the ceremony, where he fought back tears and his voice cracked with emotion.

It was that Friday when Nicklaus crossed the Swilcan Bridge for the final time and waved good-bye to the home of golf.  He finished it off by holing a 12-foot birdie putt.

Nicklaus didn’t come back when St. Andrews hosted The Open in 2010, nor when it hosted in ’15.

“I played at St Andrews, because it made my farewell in 2005, and I didn’t want to come back and dilute that for what it was. It was fantastic then,” Nicklaus explained this week.  “But when I got the invitation this time to be an honorary citizen of St. Andrews and to follow Bobby Jones and Benjamin Franklin, I’ve got to come back. So to be back is fantastic.”

Jack finished by thanking the St. Andrews citizens “for remembering me and allowing me to be one of you,” everyone rose in what turned into a prolonged ovation.

Jack spoke of his love for St. Andrews during the ceremony and he quoted the lines from the late Bobby Jones’ speech when he accepted the honors in 1958.

“I could take out of my life everything except my experiences at St. Andrews, and I would still have had a rich and full life.”

Lee Trevino, Others, Get Honorary Degrees From St. Andrews University:

In addition to the ceremonies that honored Nicklaus on Tuesday evening, five other distinguished golf professionals received honorary “Doctor Of Laws” degrees from St. Andrews University.

Bridgestone Gives The Boot To Bryson:

The statement issued by Bridgestone read:

“The PGA Tour is an extremely important part of professional golf, and Bridgestone has a sports marketing relationship with this highly visible series of tournaments.  In considering that Bryson DeChambeau will no longer be participating in these events, Bridgestone and Bryson have agreed to end their brand ambassador partnership.”

Next question:  Will the LIV exhibition series pay for Bryson’s golf balls?