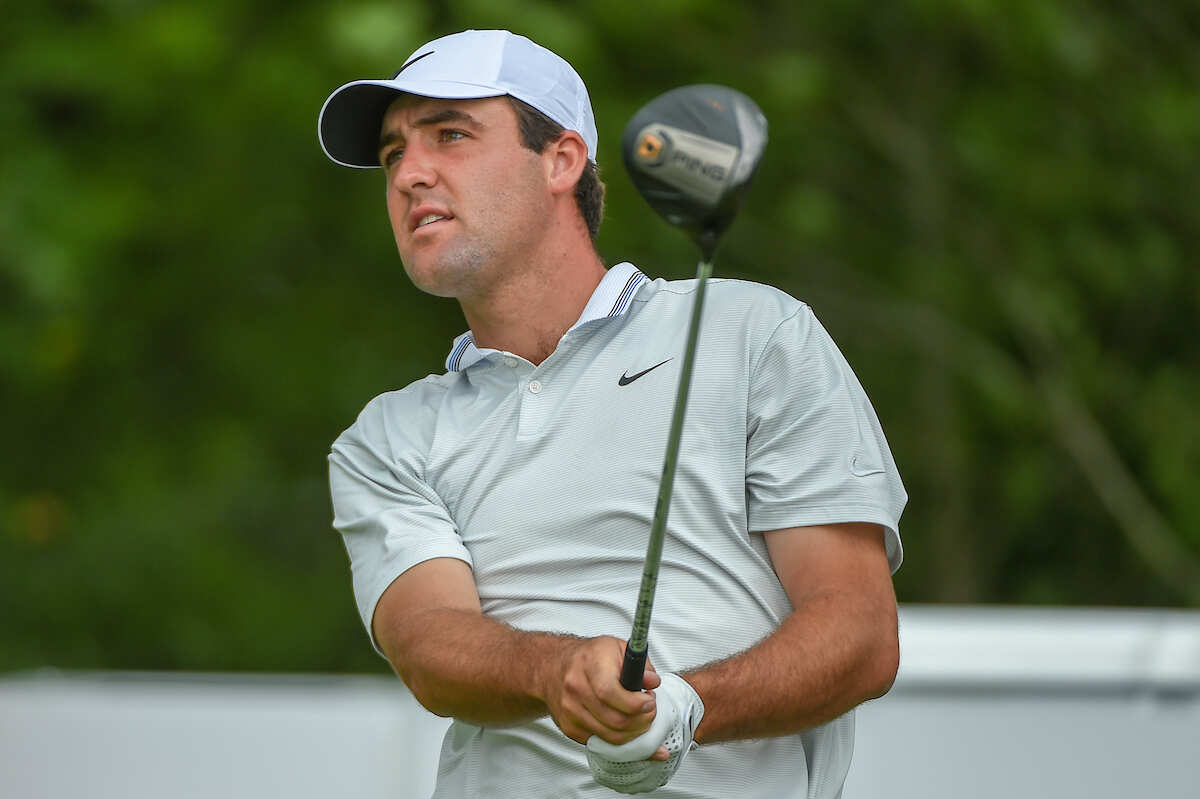 After missing the cut at the PGA, Scottie Scheffler got off to a good start.

Posted By: Tom Edringtonon: May 27, 2022In: PGA Tour NewsNo Comments

Scottie Scheffler has a short drive from his home in Dallas to Fort Worth and perhaps the inspiration of nearly a home game brought back his mojo.

The world’s No. 1, who missed the cut at the PGA last week, shot a four-under par 66 Thursday at Colonial Country Club to share a piece of the first round lead at the Charles Schwab Challenge.

Scheffler has a lot of company at the top of the leaderboard, including Patrick Reed and Webb Simpson, who made some equipment changes and played well in the PGA.  Harold Varner III, Chris Kirk, Nick Taylor and Cam Davis rounded out the crowd at the top.

Speaking of the PGA Championship, the main principals has fairly lackluster days on Thursday, to no suprise.  PGA Champion Justin Thomas shot a one-over par 71 that tied him for 56th.  Will Zalatoris, who lost in the playoff to Thomas, shot 72 and was tied for 99th while Mito Pereira, who doubled the 18th to miss out on the playoff, managed an even par round of 70.

World No. 3 Collin Morikawa shot 70 while Jordan Spieth, one of the pre-tournament favorites, shot 69.

Scheffler admitted he was not happy about missing the PGA cut.

“I was very frustrated, obviously, with how last week ended,” he said after his bogey-free effort.  You never want to miss a cut. I hadn’t missed a cut in a while up to that point, so I think it makes it even more frustrating just knowing that I was playing really good golf and I just didn’t have it that week.  That stuff happens. If I didn’t like bad draws or making crazy mistakes and stuff like that, I would have played a different sport. A lot of weird stuff happens in golf. So for me, it’s just one week, and I hate missing cuts, but it’s good.”

And it was good for him on Thursday as he went off in the morning wave.  “I felt like I did a really good job of managing around the golf course,” he said. “Any time you make no bogeys, it’s going to be a good round.”

Bryson DeChambeau thought he might try and play this week but he’s still on the mend.  DeChambeau is now hoping to return to the PGA Tour at next week’s Memorial, hosted by Jack Nicklaus at Muirfield Village in Columbus.

Most of the big name players will be showing up at Jack’s place as the U.S. Open at The Country Club begins two weeks after.

DeChambeau, who had surgery to repair a broken hamet bone in his left hand, tried to make it at the PGA but his hand was still too sore and not healed to the extent where he thought he could make it 72 holes.