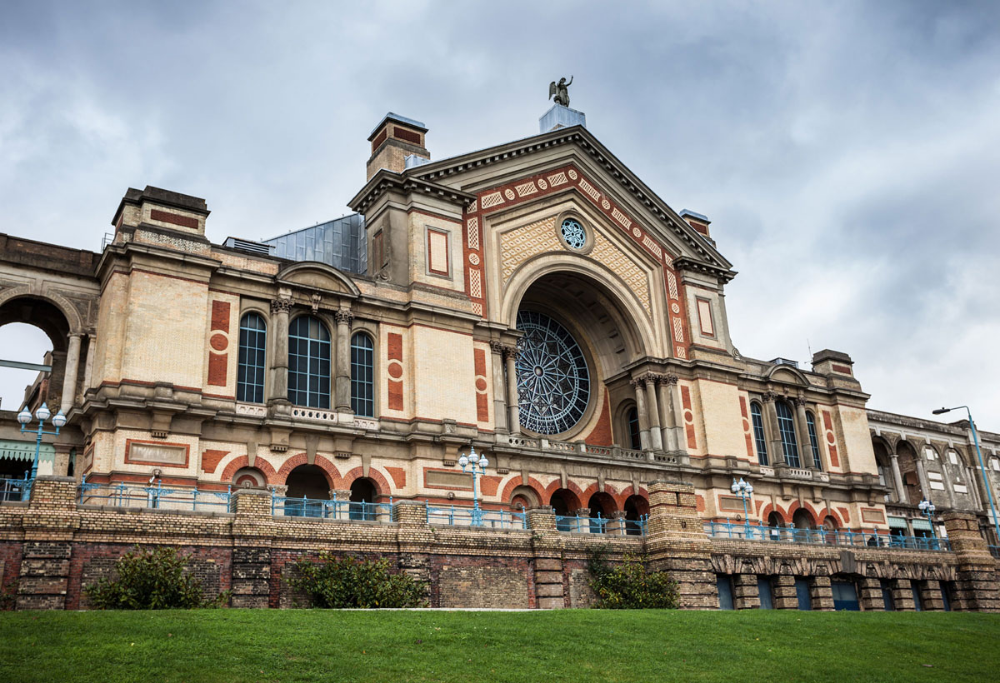 Seems there’s an odor emanating from that LIV Golf Series and many are finding it has a certain stink about it.

Given the recent bozo-type-head-buried-in-the-sand comments from The Lamest Commissioner In The Land (aka Greg Norman), London’s Alexandra Palace has said thanks but no thanks to a request to host a “draft party” for the LIV Series.

Evidently the powers-that-be at Alexandra Palace came to their senses and just said no to Norman and his fledgling Saudi Golf Circus.  Said circus, a 54-hole marathon, is set to begin in a bit less than two weeks from now at the Centurion Club outside London.

The statement from the good folks at Alexandra Palace to The Telegraph said this:

“I can confirm that the LIV golf series draw event is not taking place at our venue. We have a high number of organizations get in touch about holding potential events with us, but for commercial reasons we do not discuss details of these inquiries.”

And that is code for saying:  “We slammed the door on them!”

And that’s not all the bad news for the LIV-ers.  LIV Golf Investments Chief Operational Officer Sean Bratches has resigned and basically abandoned ship before this thing hits the proverbial iceberg.

Word from those who know is that Bratches bailed out after Norman’s ridiculous comments, especially when he responded to the Jamal Kashoggi assassination with the phrase:  “We all make mistakes.”

Norman has created a lot of outrage, especially back in Australia.

“The little girl in me just died well and truly!! Has anyone’s childhood hero disappointed them as much as I am now?

Former PGA Tour player Wayne Grady, who has known Norman for more than 50 years, made this declaration:

“From someone who has known Greg for 50 years,  Greg is only about Greg,  The admiration I had for him for what he has achieved and what he did for Australian golf is gone. For him to try and trivialize what the greats before him did to grow and create what the PGA Tour is today is an absolute disgrace.

“You should hang your head in shame Shark. I went to Jack Newton’s memorial service yesterday and was surrounded by true professional golfers who believe in loyalty and history. GFY Shark.”

“Would you say that if it was your loved one? How can we go forward when those who ordered the murder are still unpunished, and continue to try to buy back their legitimacy?  We should not fall for their wealth and lies, and lose our morals and common humanity.  We should all be insisting on the truth and justice; only then can we look forward with hope and dignity.”

“If you go to the players’ lounge at any time, at least one table is speaking about (the LIV Series).  Even me, I’d love to play for that amount of money as well for my family, my passions, but there is a time when you need to stand up a little bit and be a human being. I know there are players who are uncomfortable with it but it feels like they are staying quiet just in case there’s a piece of the cake coming to them one day. Some players will speak but the crowd needs to boycott it as well, don’t go there.”

He also called the 54-hole format with a shotgun start a “comedy show.”  Then added:  “If you play like shit, you still take a hundred grand.  The guys at the top will be fighting but for the rest, it’s like a paid holiday.  The format is not golf.  It’s just a show.”

On top of all of that, reports are still simmering that Norman won’t be in charge too much longer.

The “comedy show” begins June 9 and you can look for such stars as Lee Westwood, Richard Bland and Sergio Garcia keeping everyone on the edge of their seats with their stellar play and getting hundreds of viewers on U-Tube.