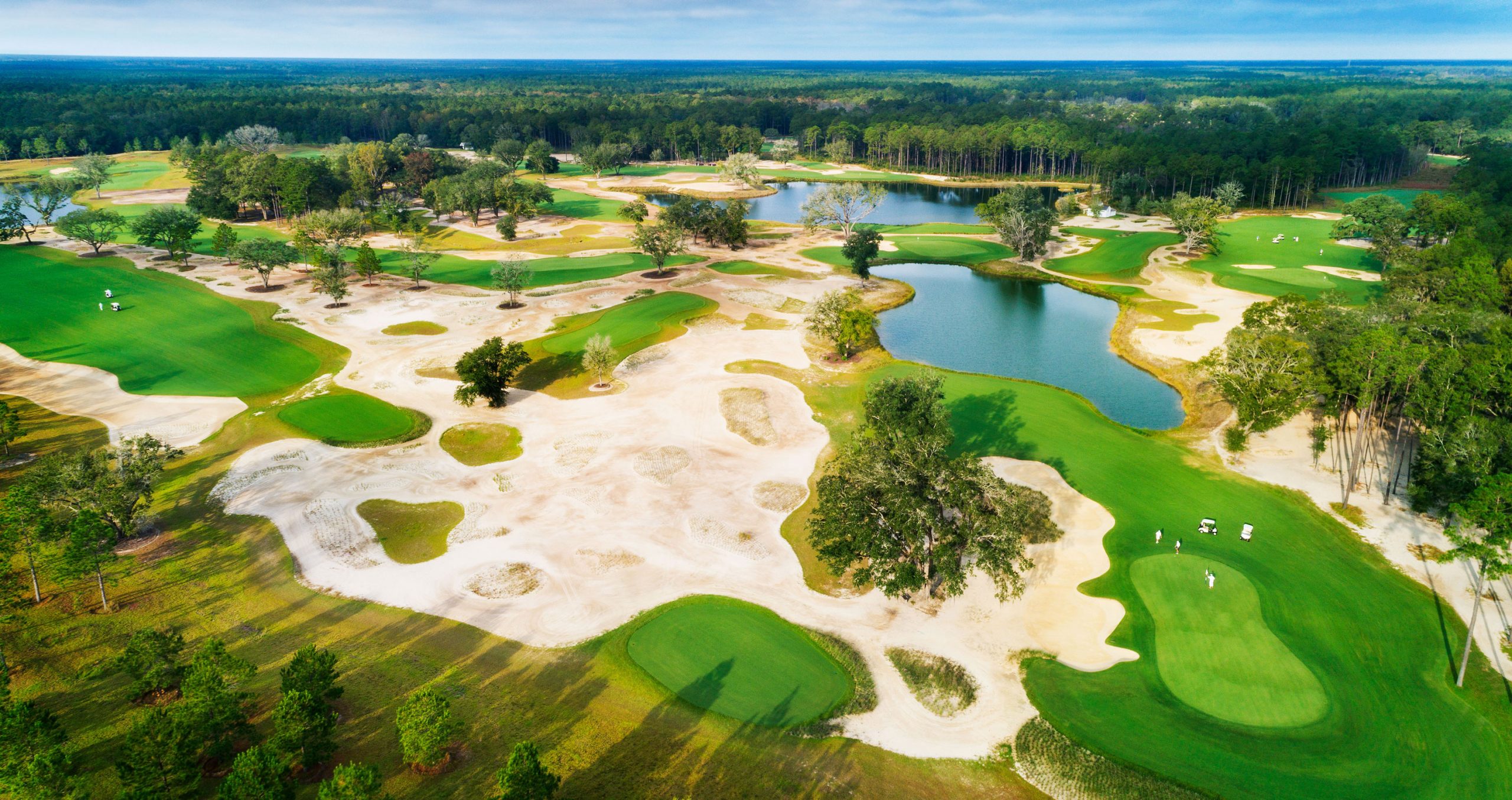 The Congaree Club is reputed to be one of Tom Fazio's best designs.

Congaree And The Palmetto Classic Replace The Canceled Canadian Open

In case you didn’t notice, this is the week they were supposed to play the Canadian Open but for the second straight year, there will be no one venturing to the Great White North as Canada seems to have forgotten that things are opening up all over the United States and things are beginning to look somewhat normal, especially when you hear golf fans screaming useless stuff like “Baba-Looey,” “Mashed Potatoes” and “Get In The Hole” when someone tees off on a 555-yard par five.

You even had rowdy fans ejected from The Memorial last week for heckling poor Bryson DeChambeau.

Yes, things are getting normal, maybe, except in Canada.

With the Canadian Open scratched once again, up steps the money-heavy fellas who put together this really cool golf course in the middle of Nowhere, South Carolina and in a move that smells of total desperation, the PGA Tour is bringing it’s traveling show to town, even if there is no town.

You go down a two-lane road in the woods outside tiny Ridgeland, S.C., a community of 3,911 folks, and you find Congaree.  It’s supposed to be one of Tom Fazio’s best-ever.  It is owned and was bank-rolled by billionaires Dan Friedkin and the late Bob McNair, former Houston Astros owner.

Congaree has been quietly lobbying to host the 2025 Presidents Cup but, Jasper County, South Carolina, isn’t the high-profile place the PGA Tour might want to bring such an event.

This temporary PGA Tour stop is the week before the U.S. Open and that typically spells “crummy field.”  And this is no exception.

The Palmetto Classic, as it is called (at least it doesn’t have one of those gosh-awful corporate names on it), managed to be native son Dustin Johnson to show up.  Basically D.J. needed to show up.  The world’s No. 1 was one positive COVID test (sorry Jon Rahm) away from losing that No. 1 stature to Rahm, who sure looked destined and determined to win The Memorial last week before he was forced to withdraw on Saturday, sporting a six-shot lead.

They also managed to scrape up Brooks Koepka, Tyrrell Hatton, Matt Fitzpatrick, Tommy Fleetwood and Ian Poulter.  Aside from that, there are a lot of tour bottom-feeders in this field.  Heck, even Tommy “Two Gloves” Gainey, who doesn’t have a Tour card, skipped this one (he was invited) in favor of the BMW Pro-Am over on the Web.com Tour.  Imagine turning down a PGA Tour event for a Web.com event?

Tommy did just that and so did a lot of big names who are prepping for next week’s U.S. Open at Torrey Pines.

The one great thing about Congaree is that the club identifies dozens of high school students from all over the world who have the talent to play college golf but lack financial capabilities and may have other disadvantages, including parental and social.  The club brings them in for a four-week program that mixes education, vocational and golf instruction, life lessons, counseling, fitness training and club-fitting.

But this week it is the pay-for-play crowd on site.

It’s anyone’s guess who might step up and win on Sunday.

Secret club, middle of nowhere and no professional golf in Canada.

Can we just skip ahead to Torrey Pines?