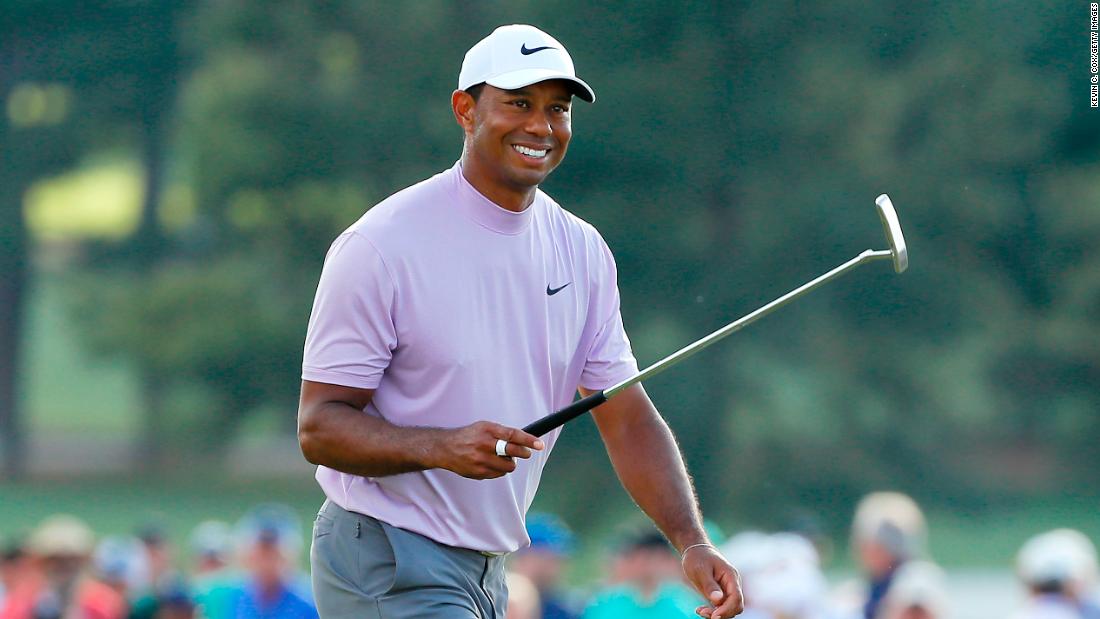 Tiger Woods is still in recovery mode from yet another back surgery.

Under normal circumstances, everyone would be so very excited with one Eldrick T. Woods eligible to play in next week’s WGC cash-giveaway at the Concession Club outside Sarasota on the sunny west coast of Florida.

El Tigre checks in this week at No. 48 in those Official World Golf Rankings and the top 50 get an automatic ticket into these filthy-rich, limited field, no-cut affairs.  Tiger has made enough money over the span of his career in these events to buy his own third-world country.  Big money and no cut brings out the best in the tour’s greatest active trophy-hunter.  But don’t look for the Sultan-Of-The-Swoosh to show up this week.  There’s that little matter of a fifth back surgery that needs more recovery time and we’re guessing that his Tigerness will be going all-out to be functioning well enough to try and contend at the 2021 Masters in a couple of months.

Not to worry, the Tour goes on without its most visible name even though you see his image in virtually every PGA Tour advertisement and there are plenty of those lately as The Sheriff Of Nottingham (aka Tour Commish Jay Monahan) already has his PR henchmen pimping the upcoming Players Championship next month.

And speaking of The Sheriff, he was faced with the dilemma of relocating this WGC event from Mexico.  Seems Grupo Salinas, the gang that hijacked the WGC Cadillac and took the event South Of The Border, refused to stroke a check to pay all those Tour stars to compete if it couldn’t have its usual plethora of fat-cat (gordo-gato) hospitality setups to entertain hundreds of big wigs.  Of course someone forgot to tell the “Grupo” that there’s this little annoyance called the COVID-19 pandemic that the world has been forced to deal with.  No fans, no hospitality, no, none of that usual “stuff.”  So Grupo told The Sheriff that they would not cut the check.

Now when you’re the Sheriff Of Nottingham, all you simply have to do is go to your list of corporate suckers, er, sponsors, and see how might have an extra $8,000,000 to spare.  No worries, all it took was a call to Phil Mickelson’s sponsor — Workday — and the good folks there stepped up and will cough up that tidy $8 million for the Sheriff’s limited field of golf millionaires.

What will make it interesting, even without Tiger Woods, is the presentation of a new venue for this guys.  No one will have the advantage of repeated appearances.

With its flagship event on tap next month at The Players, the PGA Tour has begun its plan to ease spectator restrictions at upcoming events.

With the exception of upcoming events in Puerto Rico and the Dominican Republic, players will be allowed full family access at every event through Texas, including up to four tickets per day at The Players for other guests. Player managers will also be allowed at all the Florida swing events as well as the WGC-Dell Technologies Match Play and Texas Open.

Family members, player managers and guests are only allowed onsite during competition days and they will not be given access to “player restricted areas” or inside the ropes.

By comparison, there were no family members or “significant others” allowed last week at Pebble Beach or this week at the Genesis in Los Angeles.  Officials at Pebble Beach were even restricted from building a player dining tent to accommodate the entire field.  Instead, players were advised, “in event of an on-course evacuation, players and caddies will be required to seek shelter in their vehicle.”

The latest memo to players reminded them of how the Tour’s protocols will continue to evolve: “It is important to note that these plans vary by market due to current COVID-19 guidelines. We will continue to monitor developments with COVID-19 and will keep you apprised of any changes to the following plan,” the memo read.

The PGA Tour’s 16-member Player Advisory Board has elected Rory McIlroy as its chairman for 2021.  After McIlroy serves his year as chairman, he will become a Player Director of the Tour Policy Board in 2022.  Rory is the first International player to hold the position.

The Advisory Board represents all the players and is their voice for recommendations made to the Policy Board.