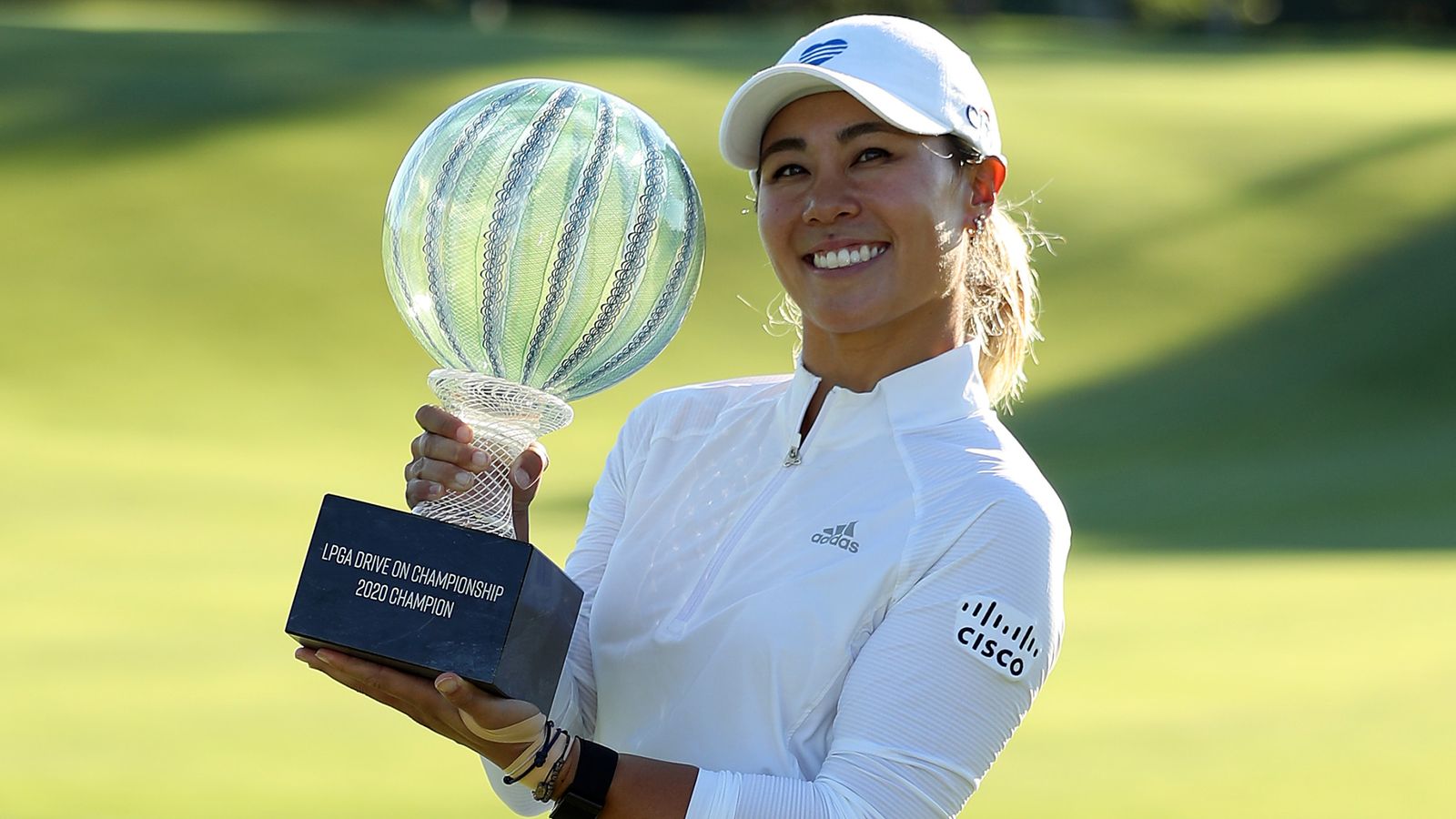 Danielle Kang is looking for two LPGA wins in a row.

Hottest player on the planet?  How about Danielle Kang, winner last week at the LPGA’s return event — the Drive-On Classic.

Kang had no victory hangover Thursday at the Marathon Classic as she opened with a seven-under par 64.  She had some company at the top at the Highland Meadows Golf Club as Lydia Ko added her own 64 later in the day.

“I worked a lot on my putting for the last couple days. Didn’t really like how the ball was coming off my putter,” said Kang, who won by a shot last week at Inverness over Celine Boutier.  “But I think that I kind of got a good feel out of it.  Then today my putting worked really well. There are days when the ball goes where you see, and that’s what happened.”

Ko carded eight birdies and one bogey at a course that has historically been good to her. Ko has two victories and two other top 10s in her five previous tournament appearances at Highland Meadows, with a scoring average of 68 over those 20 rounds.

“I hit a few shots that were really tap-in range, so when you have three, four of those kind of opportunities, it definitely puts a little stress off the putter, which was kind of the bit that I was struggling with last week,” said Ko, aiming for her first victory since 2018. “So it was nice that a few were really close to kind of put that stress off, and nice to just walk off the hole with the easy birdie.”

World No. 2 Nelly Korda got back in the groove.  She opened with a 67 while No. 9 Lexi Thompson could do no better than a one-under par 70.

They had to wait all day to find out who would take the first round lead at the English Championship.

Carmac Sharvan from Northern Ireland played in the day’s last group and all he did was turn in and eight-under par 63.

The 27-year-old Sharvin, who graduated to the European Tour after finishing the 2019 Challenge Tour season in 11th position on the Road to Mallorca Rankings, had 10 birdies on the day against just two bogeys.

“It was a nice round, played really well, didn’t do too much wrong,” Sharvin said.  “Put it on the fairway, hit a lot of good shots and holed a few putts as well and it all added up to 63. Pretty happy to start well.  A long way to go but it’s always nice to shoot a good score on the first day and not put yourself out of it.”

Sharvan broke away from six players who were tied for second at seven-under.

David Howell was in tat group along with the Australian duo of Jason Scrivener and Min Woo Lee, Zimbabwe’s Scott Vincent, Hero Open runner up Thomas Detry and Laurie Canterl

American John Catlin was supposed to be in the field at the English Championship but he did something seriously wrong.

The European Tour said that it had forced Catlin and his caddie, Nathan Mulrooney, to withdraw from the tournament after they visited a local restaurant earlier this week. Dining outside of the tournament bubble is prohibited – even if it’s with a player’s assigned “buddy” – and Catlin was deemed to have compromised the tour’s health and safety guidelines.

“I apologize to my fellow players and everyone involved with the tournament this week for this error of judgment,” Catlin said.  “I understand the European Tour’s decision and accept the sanction.”