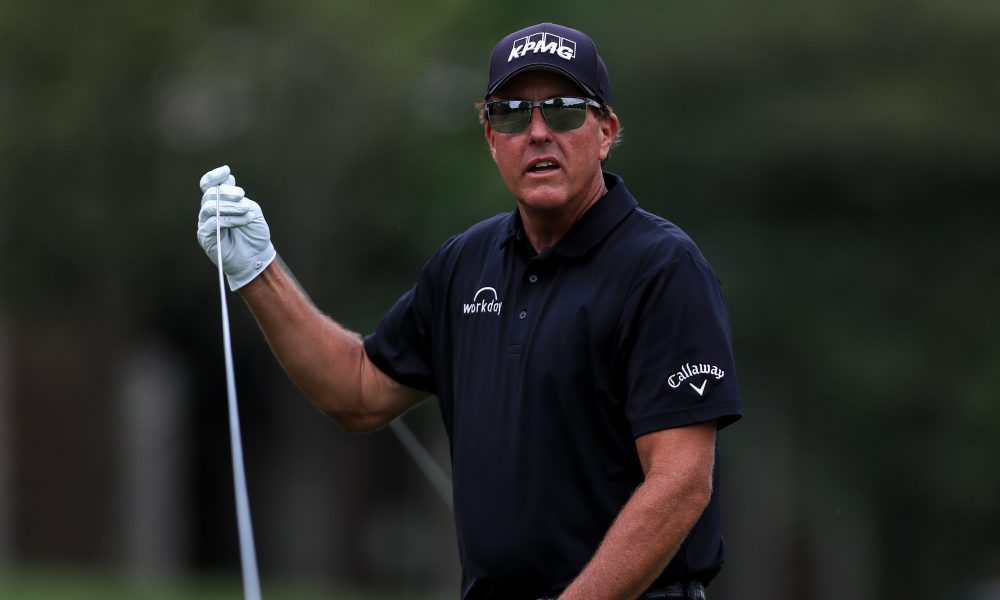 Phil Mickelson has been in more than a few fairways bunkers in his long career.

Posted By: Tom Edringtonon: August 06, 2020In: The Lesson TeeNo Comments

Phil Mickelson and most likely many of the players in this week’s field for the PGA Championship, will find themselves in some of those fairway bunkers at classic Harding Park.

The fairway bunker shot is one that most amateurs find a challenge for one reason — they don’t practice them.

First things first, you have to practice them, and today we’ll have Phil add the second ingredient — we’re going to get some tips from Lefty on how to play those shots with the proper technique.

First thing you must consider on any fairway bunker shot is the lip of the bunker, how close is it and what club will get you clear of that lip.

It’s no time for hero shots, worst scenario is you catch a lip and you get to try the shot again.

Phil tells us it’s an advantage to have thin-line irons, like the muscle-back variety that good players can use.  But for most of us, the new irons will perform quite nicely and if you have a longer fairway bunker shot without a high lip in front of you, a three or four-hybrid can be your best friend.

You need to have a shallow angle of attack coming into the shot instead of the “V” shape for greenside bunker shots.

Phil tells us you have to feel a bit of a “casting” motion — that takes away the “V” shape and will shallow out the club.  You can also feel like your right arm, if you are right-handed, straightens out sooner while you still hold the angle — that will shallow the shape of the swing.

Make sure you have a firm base with your stance, don’t dig in deep unless the sand is soft and if you have to, be sure you choke up on the grip to compensate for that.

Most of all, practice these shots, especially if you’re going to play a course that has a lot of fairway bunkers.

Click on this link for a fairway bunker lesson from Phil: