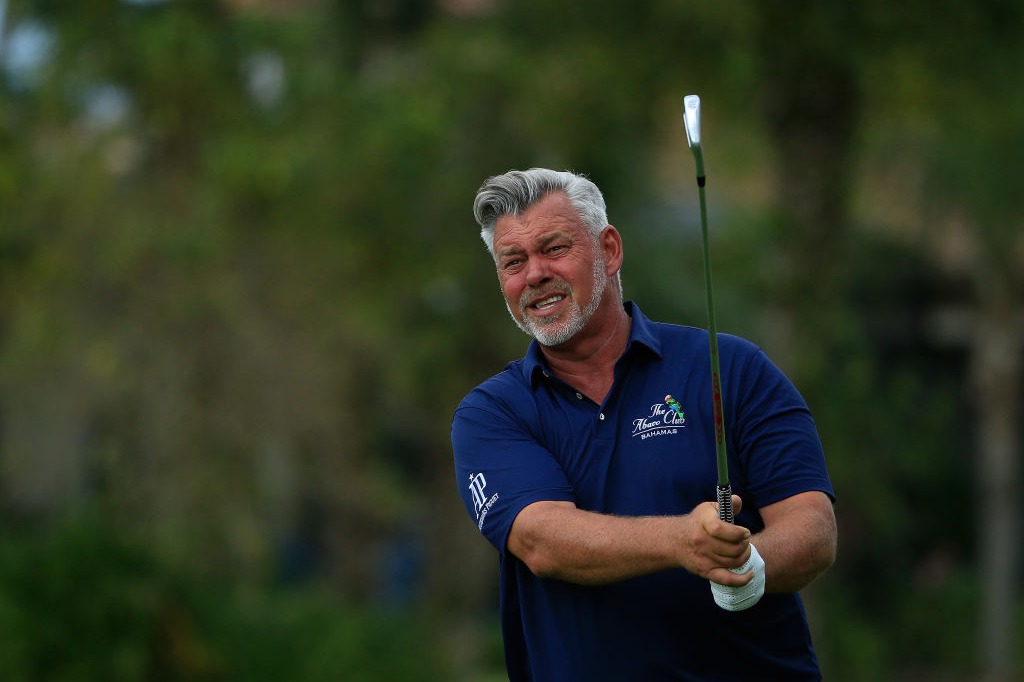 Darren Clarke is after his first senior major championship.

Posted By: Tom Edringtonon: May 06, 2021In: PGA Tour NewsNo Comments

Darren Clarke understands the importance of major championships, having won the 2011 Open Championship late in his playing career.

On Thursday he took the first step toward winning a senior major at the Regions Tradition.  Clarke was the best man on the course Thursday at Greystone Country Club in Birmingham and by day’s end signed for a six-under par 66 to lead the first of the Champions Tour’s five majors.

Majors are majors, it doesn’t make any difference which tour they’re on,” Clarke said. “You want to play well. You ask Tiger Woods, you ask Rory McIlroy, you ask Dustin (Johnson), you ask Mr. (Jack) Nicklaus, you ask anybody, majors are what they all want, and it’s the same out here.

“We all want them, too. There’s a little bit of added excitement — four-round tournament. I think it’s the first tournament I’ve walked since Pebble Beach last year, so my legs are a little bit sore.”

Clarke was a shot in front of Jerry Kelly, winner of the Senior Players Championship.  Kelly’s 67 tied him for second with Stephen Ames.

Steve Stricker won the Regions Tradition in 2019 and the 2020 event was cancelled by the COVID pandemic so Stricker is technically the defending champion.  He put himself right in the hunt with a four-under par 68.  Last week’s winner at the Insperity, Mike Weir, joined Stricker at 68 along with Alex Cejka.

Bernhard Langer’s 70 put him in a tie for 14th.  John Daly, who lost out to Weir last week at The Woodlands when he hit his approach at the 18th in the water, was one-over par with a 73.