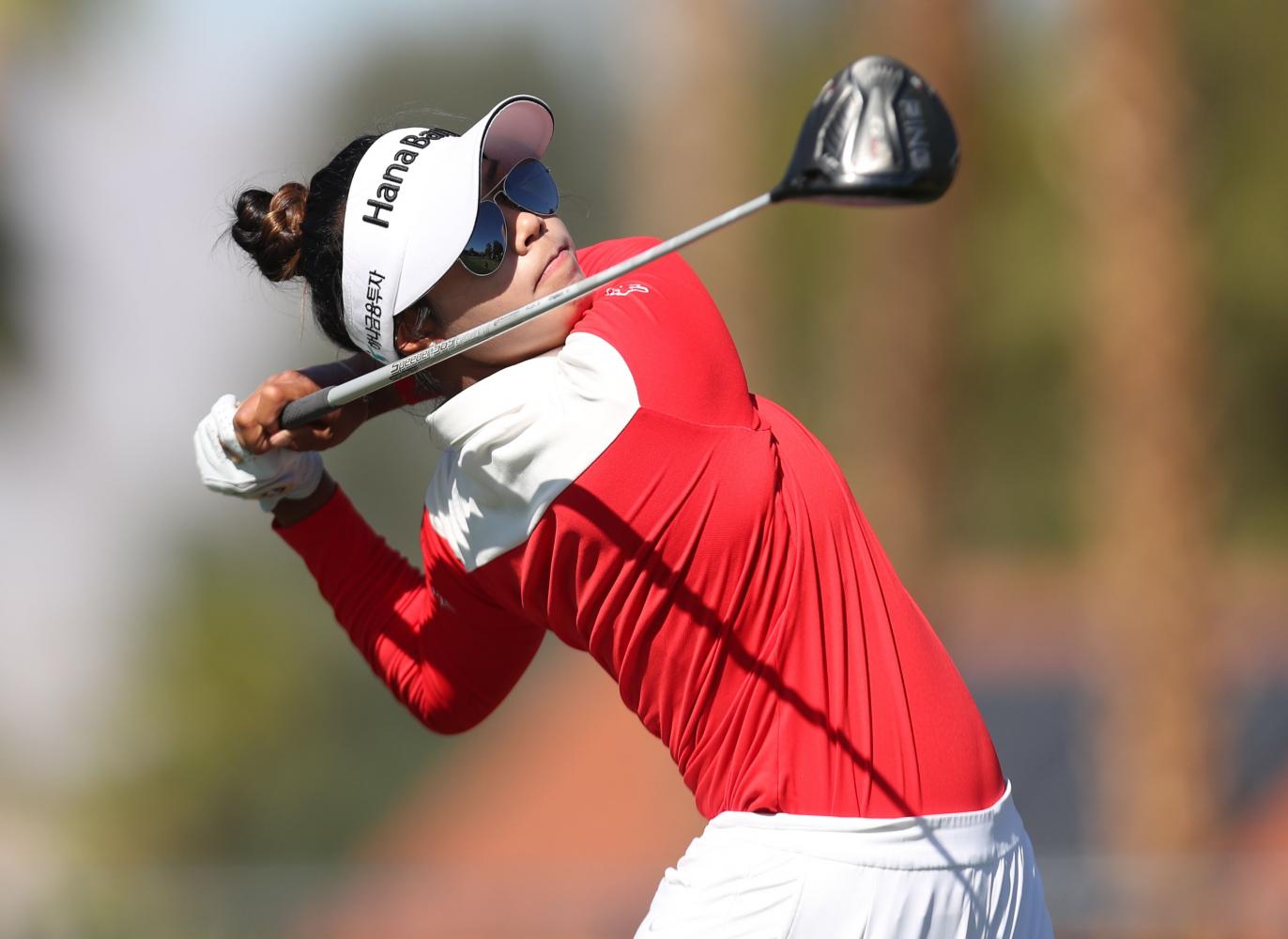 Patty Tavatanakit excited an entire nation last month when she won the first major of the LPGA season — the ANA Inspiration.

She’s back home in Thailand for the LPGA’s Honda Thailand championship and she didn’t disappoint her fans on day one as she opened with her second-lowest 18-score as an LPGA player — an eight-under par 64 that earned her a share of the day one lead at Siam Country Club.

The 21-year-old Tavatanakit was joined in the spotlight by an even younger Thai star — 18-year-old Atthaya Thitikul.

After a tie for second last week in Singapore, Tavatanakit kept things rolling with a birdie on her first hole of the day.

“I feel like that putt went in and I just feel the speed and the read for the whole day pretty good. I feel like it matches up pretty well,” said Tavatanakit. “So wasn’t expecting that at all because I feel like I didn’t really get like a solid putting practice because the greens here are so slopey.  If anything, I feel like I judged everything really well and I’m pleased with my round today.”

Tavatanakit totaled nine birdies for her round with just a single bogey on the Pattaya Old Course.

The field played lift-clean-and-place after nearly two inches of rain fell the night before the first round.  Tavatanakit, who averages north of 280 yards off the tee, used her length to her advantage.

Thitikul, competing in her third Honda LPGA Thailand and first as a professional, made two eagles (10 and 18) to card her career-best 18 holes on Tour.

Tavatanakit kept up her blistering pace on Friday with a perfect scorecard that added up to a second 64 — six birdies and a closing eagle at the 18th that got her to 16-under.  As well as she played, Thitikul managed to stay within striking distance heading into the final 36 holes.  She shot 67 and was in at 13-under.

Caroline Masson was four back at 12 under while Gaby Lopez, Lydia Ko and Nanna Koerstz Madsen were tied at 11-under.

You figure the field this week at the Canary Island Championship might be having a “Groundhog Day” type of experience.

The European Tour is still in the Canary Islands off the coast of Spain and for the second week in a row, they’re playing the Golf Costa Adeje course.

Last week it was Dean Burmester prevailing at the Tenerife Open.  On Thursday, it was Italy’s Francesco LaPorta laying waste to the course with a nine-under par 62 that gave him the first round lead.  He was a shot in front of Spain’s Scott Fernandez.

LaPorta admitted that he let thoughts of shooting 59 creep into his mind.

“It was one of those days when everything goes in the right direction,” he said. “I started thinking about 59 also, when I was nine under through 14. On 17 I was putting for birdie from 15 feet. I was thinking ‘just make this and go for eagle on the last’.  I wasn’t so lucky on the last hole, my drive went into the trees. But I’m still nine under so I’m pretty happy about the round.  You start to feel a bit of pressure when you start to think about a 59 but then you just need to concentrate on your game and try to do your best.”

Burmester could only manage a three-under par 68 while last week’s runnerup, Nicolai Von Dellinghausen was in with an even-par 71.