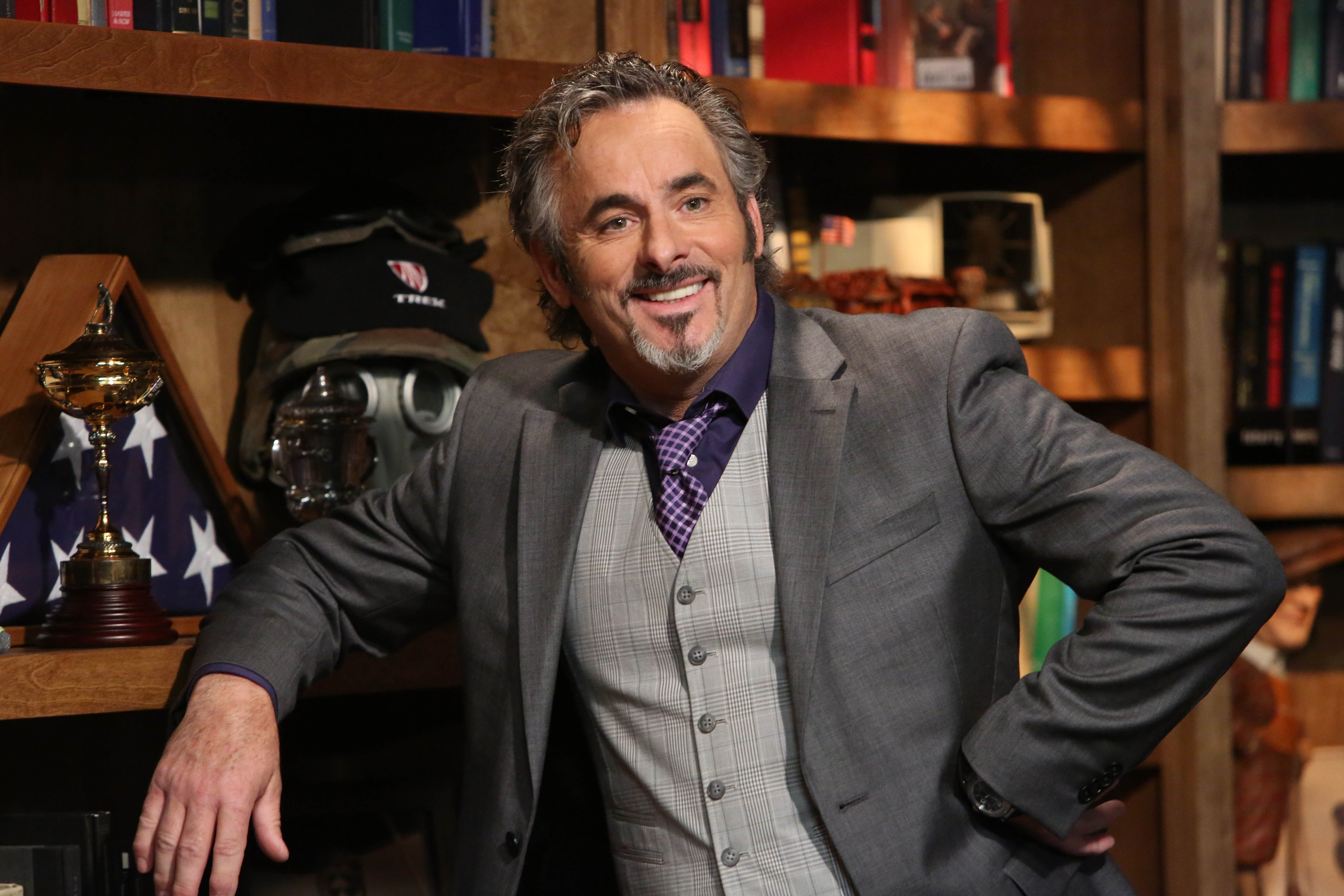 This one hurts — saying Good-Bye to The David Feherty Show is like saying so-long to an old friend.

Feherty’s popular, Emmy-nominated series on the Golf Channel, has not been renewed.  Feherty will remain part of the NBC/Golf Channel broadcast team.  He signed a three-year deal last December.

The witty native of Northern Ireland says he learned last spring that his show was coming to an end.  “I don’t know what the reasons were for the decision. I think it was a combination of things,” Feherty said recently.  “We haven’t been able to shoot any episodes because of COVID, the Golf Channel move —  I don’t know. Maybe it was just time.  I think a lot of people are going to be surprised that it got canceled. It always sort of amazed me the number of people that watched.  Ten years is a whole lot more than I thought I would do. I loved doing it.”

Golf Channel hasn’t given any sort of detailed explanation for the show’s cancellation.  The final episode aired last September when Feherty featured Irishman Shane Lowry.  “It was kind of nice the way it turned out,” Feherty said.  “I didn’t know it was the last show, so there were no good-byes.  That was a great way to end it.  Shane was fun, it was a good show.”

In fact, so many of Feherty’s episodes were good shows.  He sat with the biggest figures from the world of golf and even had four U.S. Presidents on his shows.

One of the toughest guys to land was Phil Mickelson.

Feherty revealed that locking in Mickelson was a several-year process that made booking U.S. Presidents look easy.

But there was the biggest fish that Feherty never landed — Tiger Woods.

There was a reason:  “I just wanted him (Tiger Woods) to be in the right place, because I don’t want to do a show with him where he feels like he has to give pat answers,” Feherty explained. “I want him to be the kid that I know. I want him to lose the sort of iron dome.

“He gets followed from the parking lot to the locker room to the putting green to the range to the golf course and then back through the press area. Every time he finished a round they wanted him to stand in front of a microphone for 45 minutes  — every single time that he played!  I’m amazed he lasted as long as he did with that.

“It is too suffocating, it is,” Feherty added, describing the demands on Woods.  “There’s nothing equitable about it.”

Feherty intends to return to his “Off Tour Show” that he does live in cozy venues across the country.  It is set to resume in coming months as the pandemic situation allows.

Fehery had an extraordinary knack for putting his guests at ease.  His shows were generally remarkable, now they’ve come to an end.