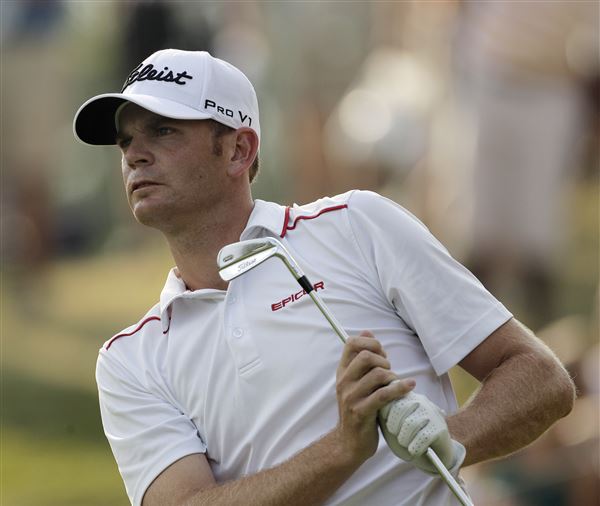 Brendan Steele takes a two-shot lead into the final 18 holes.

Want to talk about big moves on moving day at the Sony Open — both Brendan Steele and Kevin Na shot lights out, putting together nine-under par rounds of 61 — lowest efforts of the tournament at Waialae on Saturday or any day this week.

Steele’s career low 61 got him to 18-under par and he’ll take a two-shot lead into Sunday’s finale.

With late afternoon rain in the prediction and a not-so-great forecast for Monday, the PGA Tour has moved Sunday tee times up two hours.

Steele, who has twice won The Safeway (2016, 2017) and the Texas Open, has proven he can take care of business and get to the winner’s circle.  Same for Na, who has four wins including two in 2019.  It was Steele who came close to winning here last year, losing the playoff to Cam Smith.  Steele had the lead late in his round but led it get away and eventually lost in the playoff.

”You hope that you come back and you play well and erase whatever negative memories there are,” Steele said. ”But all the memories are pretty positive. Playing great here last year was good, and I’m excited for the challenge tomorrow. I know it’s going to be really tough. Guys are coming after me. But I’ll just do my best and hopefully it will be enough.”

Na was on such a roll, he was thinking 59 late in the day.  ‘The golf course is so gettable that somebody can go shoot 8 or 9 under,” Na said. ”Yeah, I am in a good position but it’s what you shoot Sunday. I’m still going to need a low one tomorrow.”

Most dangerous player close to the lead is last week’s runnerup at the Tournament of Champions — Joaquin Niemann.  Niemann shot 63 and begins the final round pursuit of Steele with Na as both are just two shots back at 16-under.  He eagled the 18th to finish his day and has a ton of momentum from his good play last week and the closing eagle.  “‘I thought I could put myself in a better position, and then finishing that way and making eagle on 18 made me really happy and gave me a bit of motivation for tomorrow,” said Niemann.

Na was right in his assessment.

Whoever wins on Sunday is going to shoot a low round.

Editor’s Note:  Because of the weather threat, the broadcast schedule has changed.  Golf Central (Golf Channel) airs at 3-4 p.m. (Eastern Time) with the live coverage beginning at 4 p.m. on The Golf Channel.