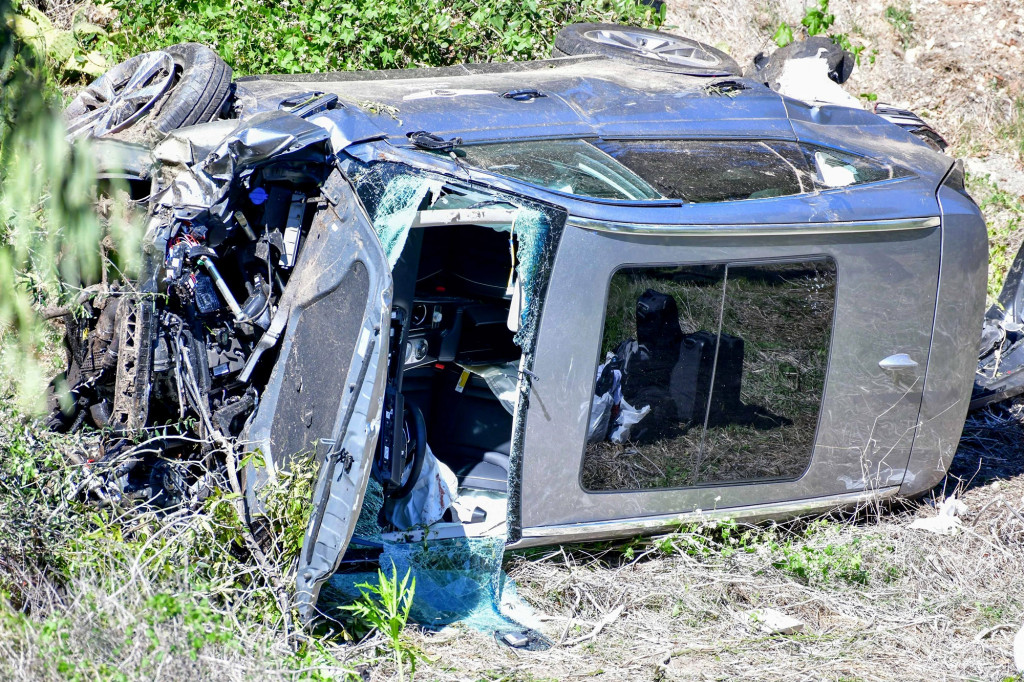 What really happened to Tiger Woods on that Tuesday morning on a curvy suburban road outside Los Angeles?

How did Tiger lose control of his Genesis SUV?

How did he managed to hit a median and not hit the brakes immediately?

These are questions to which we may never know the answer.  From Tiger’s hospital room, it’s already been said he has “no recollection” of the crash.

It will be weeks before the on-scene L.A. Sheriff’s investigators release their findings.  In the meantime, some forensic crash experts are weighing in and they bring up the possibility that Woods might have momentarily “dozed off” behind the wheel.

Those same experts are telling everyone that the evidence they’ve seen does not indicate that Tiger lost control of his vehicle, a 2021 Genesis GV80 SUV, due to excess speed.  No skid marks also paint a story that Woods applied the brakes late in the crash sequence.

Jonathan Cherney is an expert witness in court cases, he provides car-accident analysis.  He’s a former police detective and looked at the crash site in Rolling Hills Estates on Hawthorne Blvd.

Cherney, a former police detective, examined the crash site in person and came up with his observation:

“It’s a drift off the road,” Cherney said, “almost like he was either unconscious, suffering from a medical episode or fell asleep and didn’t wake up until he was off the road, and that’s where the brake application came in.”

Felix Lee, an accident-reconstruction expert with the Expert Institute, went on the record for USA Today and said:  “speed wasn’t that much of an issue. It was just some kind of inattention that caused the curb strike.”

Rami Hashish is a principal at the National Biomechanics Institute, which analyzes the cause of accidents, said of the evidence: “It was suggesting he wasn’t paying attention at all.”  The damage to the vehicle and to Woods would have been much greater if he had been traveling much over the posted 45-mph limit, Hashish added.

The only one who really knows what happened is Woods himself.  It’s uncertain if he knows or wants to remember.

Speed was no issue, impairment was no issue.  Those are two important facts that have come to light.

Breaking News:  The Los Angeles County Sheriff’s department has executed a search warrant to go through data in the black box from the Genesis SUV that Tiger Woods was driving when he crashed last week.  The data will help determine if criminal charges would be necessary.  Sheriff’s Deputy John Schloegl confirmed that the warrant was executed.  “If somebody is involved in a traffic collision, we’ve got to reconstruct the traffic collision, if there was any reckless driving, if somebody was on their cell phone or something like that.  We determine if there was a crime. If there was no crime, we close out the case, and it was a regular traffic collision,” Schloegl said.  His statement contradicts what L.A. County Sheriff Alex Villanueva said last week when he called the crash “purely an accident.”