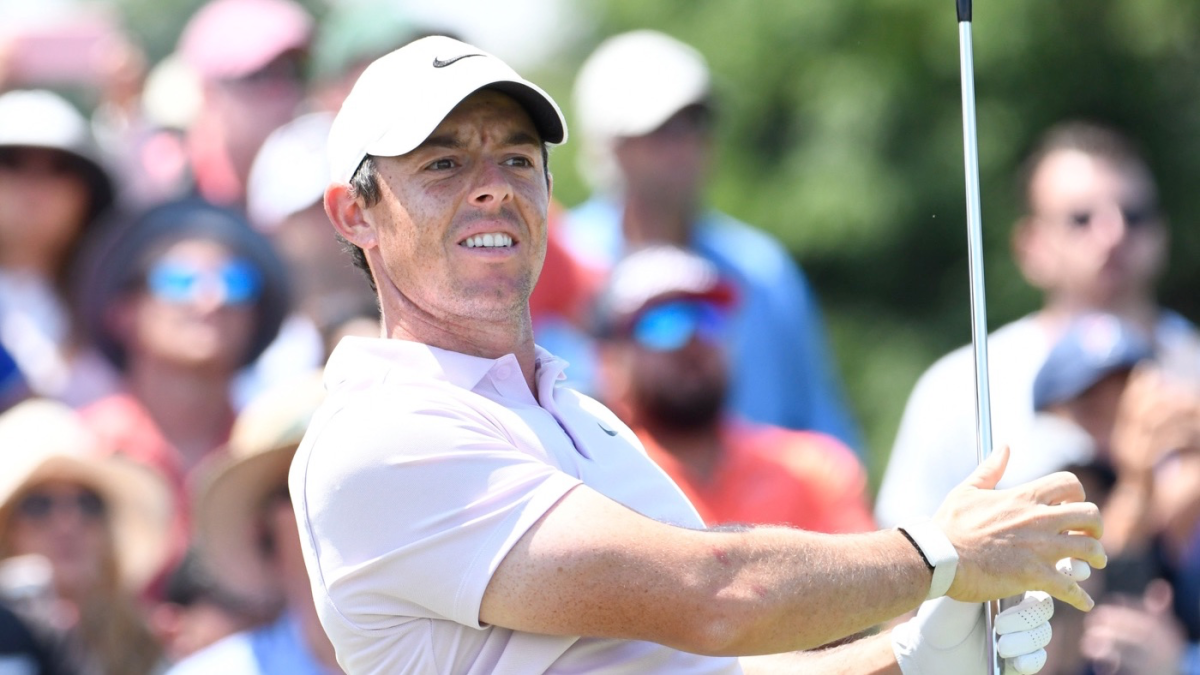 Rory McIlroy shot an easy-looking 67 Thursday on the North Course at Torrey Pines.

Rory And Rahm-bo Were Spot-On, And Yes, So Was Tiger

All is well in the big-name universe.

At least it seemed that way Thursday on day one at the star-studded Farmers Insurance Open.

Torry Pines was all dressed up for its “A”-list guests.  The South Course is, as always, the South Course — long, difficult and tough to negotiate.  Even its little brother  — The North Course, was no push-over, as it has been in the past.

No, the North Course defended its honor nicely and put up some resistance.

Rory McIlroy, who many believe will have a monster season in 2020, got it going quite well with an opening 67.  “Hopefully I can improve each and every day.  If I can do that, I’ll give myself a chance to win,” said McIlroy, who had an unforgettable 2019.  “My speed on the greens was a little off but that’s from not playing competitively the last eight weeks,” McIlroy said of his long layoff at the end of 2019.

Jon Rahm played behind McIlroy and looked like he’d go really, really low after shooting four-under over his first nine holes which was the back nine of the North Course.  Rahm-bo cooled off coming home and managed to shoot just even on the front but his 68 was a good enough start and he did it playing with Tiger Woods.

Woods hasn’t been a ball of fire at the North Course.  In his last four rounds in this event, he’s failed to break 70 but he put an end to that with an opening 69.

“I thought the course was getable and I needed to shoot something in red numbers and I did,” said the only player in the field who has won eight times at Torrey Pines.  “Overall, I’m pleased to shoot something in the 60s,” said Woods, who put TaylorMade’s new driver in his bag and is playing a new ball from Bridgestone.  “I thought I hit it pretty well.  My sight lines were a little tighter today.  I was trying to keep myself as calm as I possibly could.”

Woods could have gone lower had it not been for an early mistake with a short wedge in his hands at the par four 11th where he dumped his second in a front greenside bunker and didn’t get up-and-down.  A drive that found the deep rough at the 18th, his ninth hole, cost him a second bogey.  He’d rebound with three front nine birdies, including a finishing bird at the par five ninth.

“A lot of positives heading to the South Course,” said Woods, who took a lot of time off after the Presidents Cup matches.

Not every name player produced.  Defending champion Justin Rose got roughed up on the South Course.  His 75 left him in danger of missing the cut.  Same for U.S. Open champion Gary Woodland, who played with Rose and caught the 75 fever from the Englishman.

There are two major champions in the field in desperate need of a bounce-back season — Jordan Spieth and Jason Day.

Spieth fought hard and showed some positives on his way to 70 on the South Course.  Day wasn’t as fortunate.  He was one-over for his first round back from an extensive layoff in hopes that his fragile back will hold up this season.

At the end of the day, everyone was looking up at the new guy — Sebastian Cappelen.  He’s fresh off the Korn-Ferry Tour.  He finished sixth there last year in the regular season standings.  He’s from the University of Arkansas via Denmark.  He shot an attention-getting 66 on the South Course, which was the round of the day.

But it was the big names letting everyone know they’re ready, or at least they look like they are.

There are 54 tough holes to play for Rory, Rahm and Tiger over on the South Course.

This should be fun.