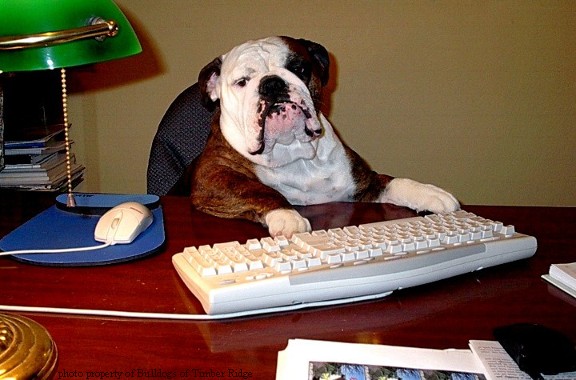 Posted By: Tom Edringtonon: December 02, 2019In: In The DoghouseNo Comments

American consumers are expected to spend around $9 billion today.

Who says the economy isn’t great?

Seems there’s yet another Presidential candidate on the democratic side who just threw his hat in the ring claiming that he is going to “Rebuild” America.

Anyway, the dogs aren’t listening, they shun politics — after all, they are simply happy dogs.

So it’s no surprise to find them taking turns on the Dog House computer, attempting to get their fair share on Cyber Monday.

There’s just one problem — the dogs don’t have credit cards.