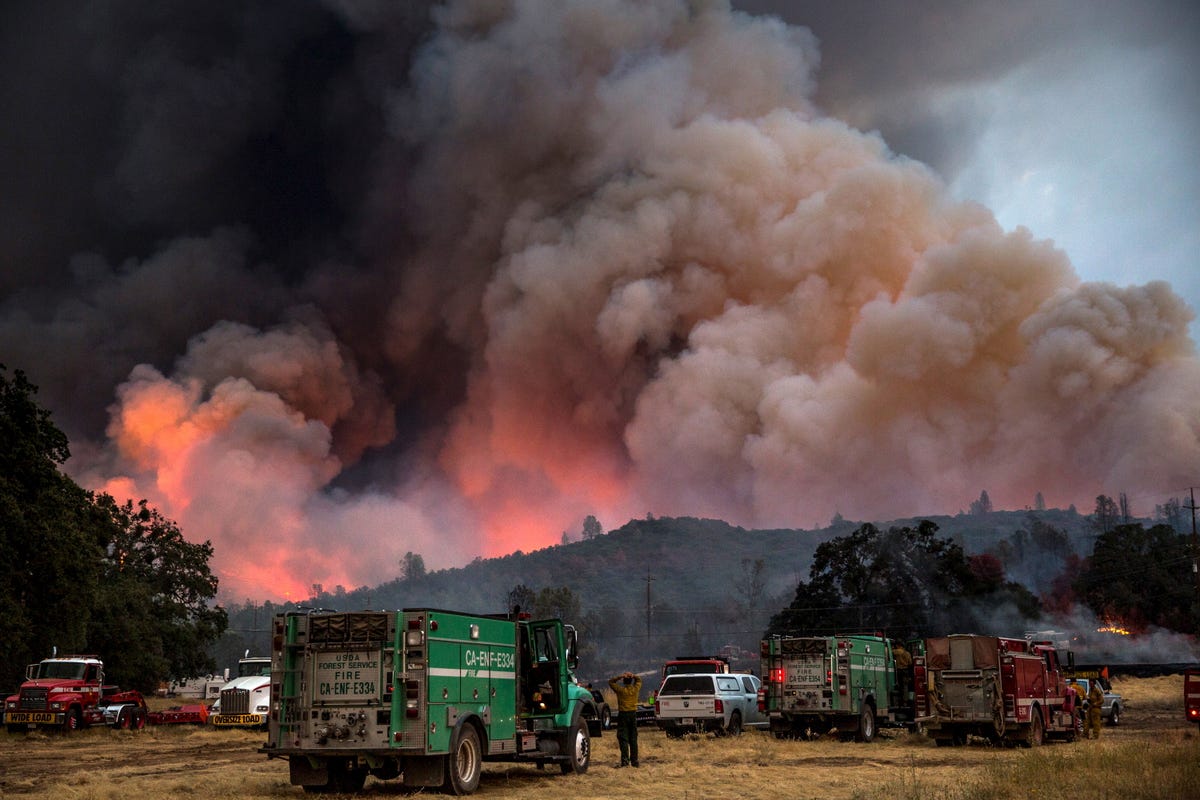 Wildfires are raging all over California's Napa region.

Safeway Open: Is It Safe From California Wildfires?

The 2020-21 PGA Tour season is supposed to start on Thursday at the Safeway Open, but with wildfires raging in the region of the Silverado Resort, how safe will things be at The Safeway?

There’s been nothing yet as to the effect of the wildfires on the resort area but with smoke traveling everywhere, there has to be a concern.

Most of the top players won’t be there with the Tour Championship completed on Monday and the U.S. Open at Winged Foot getting underway next Thursday in New York.

But there are some name players in the field — Phil Mickelson, Jordan Spieth and Sergio Garcia.  But most of the players in next week’s U.S. Open are taking this week off to rest up and perhaps get in a quick look at Winged Foot.

In the meantime, there will once again be no spectators on site at the Safeway.  And there’s the danger of the wildfires.

There’s another ladies major championship this week as the rescheduled ANA Inspiration begins on Thursday at Mission Hills Country Club but there will be one less name player as England’s Charley Hull has tested positive for COVID-19.

Hull released a statement the LPGA, she said that she didn’t feel well Monday but chalked it up to “jet lag, the heat and my asthma playing up.” She described having mild symptoms Tuesday – “which feel similar to having a cold” – and, after testing positive, is now self-isolating and working with the tour on contract tracing.

Per the tour protocols, Hull now must quarantine for at least 10 days. After that period, the LPGA’s medical team will determine if she is cleared to return to competition. Ranked 28th in the world, Hull has played twice during the LPGA’s return, with a tie for 22nd at the Scottish Open before a missed cut at the AIG Women’s Open.

“I’m very disappointed to have to withdraw from what is one of my favorite events of the year,” she said.  The LPGA said Hull’s is the only positive test result among the nearly 105 players who have been tested before the tournament.

There will be a new ANA champion this year as defending champion and world’s No. 1 Jin Young Ko from South Korea will not be in the field.  She won’t travel due to the COVID-19 risks.

But the field will have eight of the world’s top 10 women players on hand, making it the best women’s field since the re-start for the LPGA Tour.

No. 2 Danielle Kang and No. 3 Nelly Korda head the American challengers and 17 of the top 25 will tee it up in what used to be the Dinah Shore Classic.

World No.4 Sung Hyun Park and World No.5 Sei Young Kim are making their 2020 Major debut having not travelled to the UK for the AIG Women’s Open, while former Champion Inbee Park is the third top ten ranked South Korean in the 106 player lineup.

The USGA added five players to the field this week, wrapping up all the contestants for next week’s U.S. Open at Winged Foot.

Sebastian Munoz, Brian Harman, Tyler Duncan, Mark Hubbard and Danny Lee are the last ones into the 144-man field thanks to their final points standing on the FedEx Cup points list.

Normally the U.S. Open has 156 players but local and regional qualifiers were logistically too difficult due to COVID-19 restrictions.