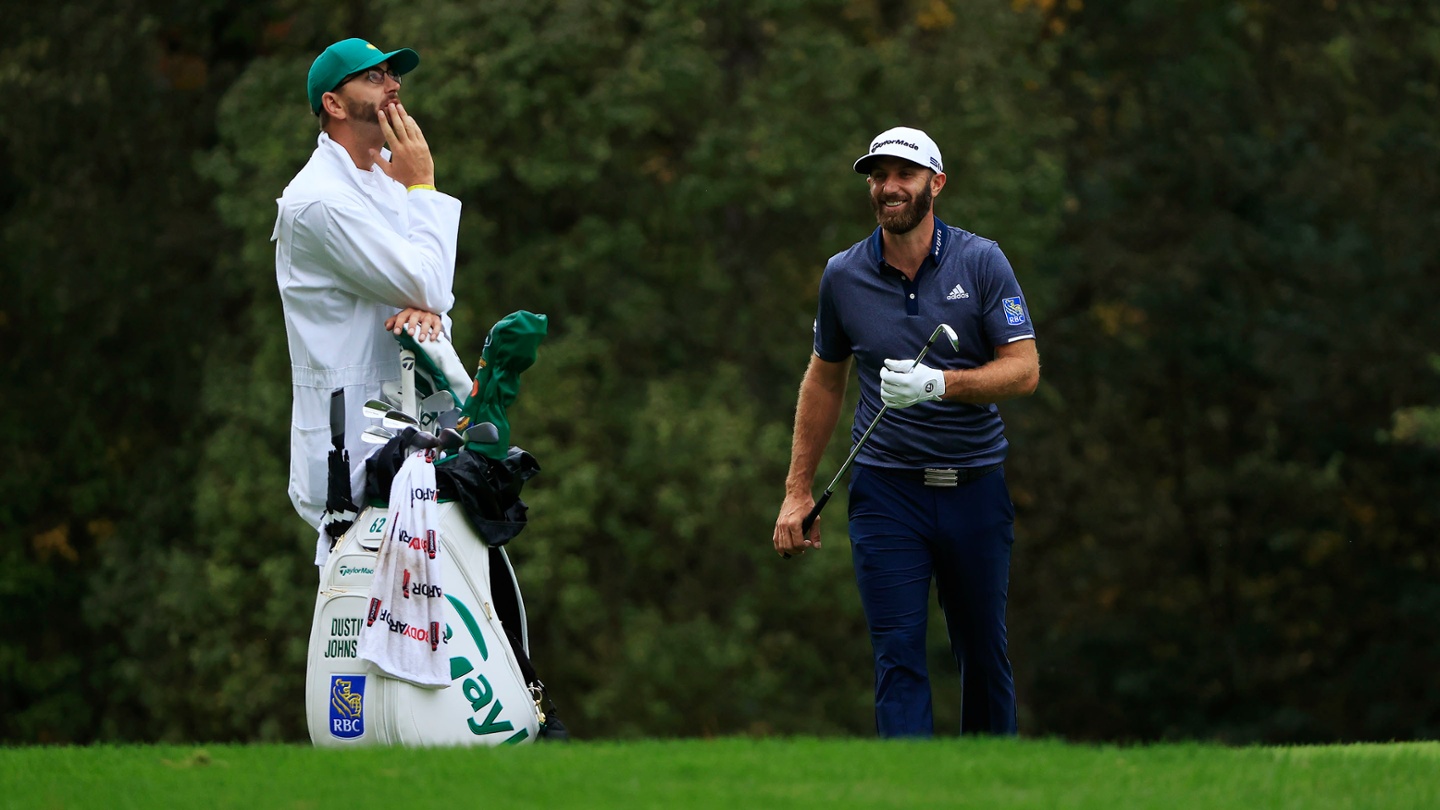 Dustin Johnson shot 65 on Saturday with help from brother Austin.

Dustin Johnson sent an early message to the rest of the field on Saturday, moving day at the 84th Masters.

D.J. broke out of that second round tie at nine-under with an eagle at the second hole then back-to-back birdies at three and four to pull away from the rest of the field.  By day’s end, the world’s No. 1 player put on a clinic, hitting every fairway and 16 of the 18 greens at Augusta National Golf Club — and it added up to a 65 that tied Jordan Spieth’s 54-hole scoring mark.

Johnson is at 16-under par, using just 200 strokes after 54 holes.  It was an incredibly stress-free round as he made the turn in 31, just a shot off the nine-hole mark of 30.  The world’s No. 1 looked the part as he parred every hole coming home and got his birdies on the two par fives, 13 and 15.  The only time he had a difficult shot around a green came at the 18th when he shoved a seven-iron well right and just past the greenside bunker.  He pulled putter and got it down the hill, on the green and within four feet for a final par.

He has played his last 30 holes without a bogey.  “I feel like I’m swinging well, a lot of confidence in what I’m doing,” said Johnson who has out-performed the rest by a wide margin.

Form says it will either be Johnson or one of the other four donning the Green Jacket Sunday afternoon in the Butler Cabin.  For the past 30 years, no one outside the top five after Saturday’s round has gone on to win.

The world’s No. 2 and 3 — Jon Rahm and Justin Thomas failed to show up with their “A” games on Saturday.  Rahm shot himself in the foot at the par five eighth when he hit a perfect drive then cold duck-hooked his second into some bushes behind the pine trees well left of the green.  By time he walked off the green, he took a double-bogey seven and his frustrations lasted most of the day as all he could manage was an even-par round of 72 and he’s at nine-under along with Patrick Reed (71) and Sebastian Munoz (69).

J.T. was off most of the day.  He had a chance to make a run down the stretch but at the par five 15th, he hit a big swooping hook for his second that bounced off the back of the green and ended up in the water behind.  By day’s end, he signed for 71 and was by himself at 10-under par, making a total of six players in double-digits under par.

“I’m definitely pleased with my putting through three rounds.  We’ve done a great job (he and brother Austin) reading the greens.”

Johnson knows he still has work to do.  “I still have to put together a great round if I want to put on that Green Jacket,” he added.

Tiger Woods will be the man putting the jacket on whoever emerges on Sunday.  Woods could do no better than a 71 as he finished his second round early Saturday morning then he came back and shot even par in the afternoon and sits at five-under, tied for 20th.