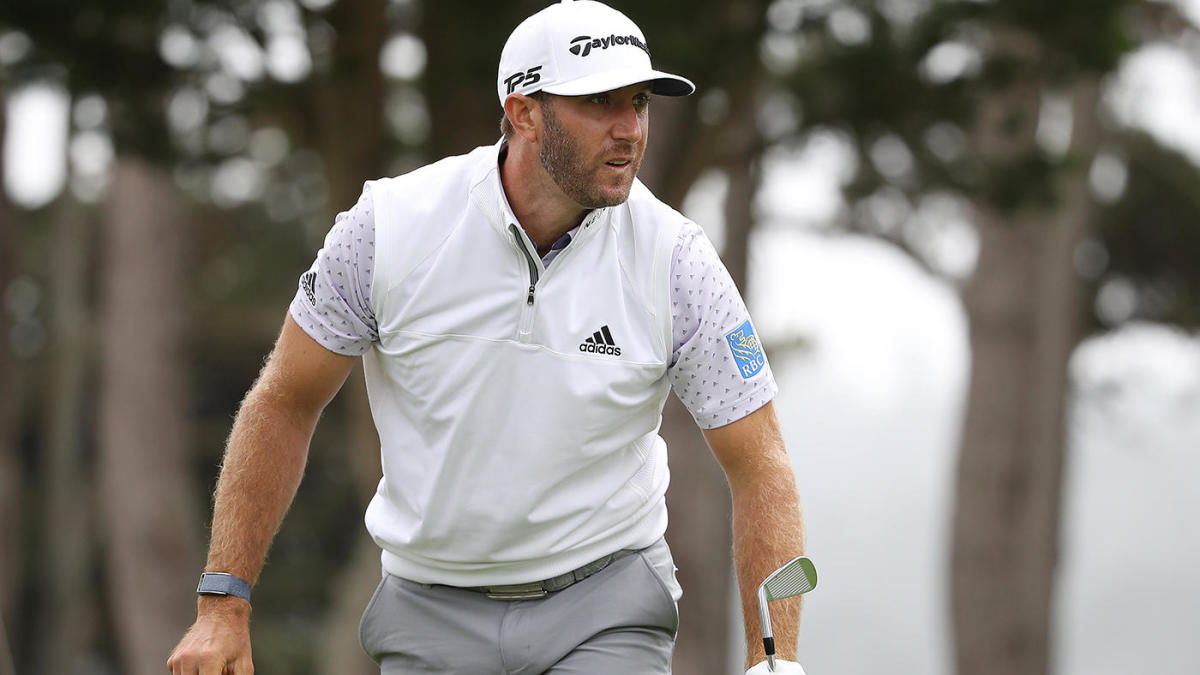 Dustin Johnson has the chance to get the PGA title that eluded him in 2010.

Time for D.J. to step up and make happen what should have happened for him 10 years ago.

Dustin Johnson is the leader at the PGA Championship after a Saturday 65 sent him to the top of the pack at Harding Park with just 18 holes to play.  Johnson, who lost the 2010 title after a penalty on the 72nd hole, is in position to take his second major on Sunday.

Here’s how the challengers are lined up behind him:

Cameron Champ (71-64-67):  Champ quietly went about his business Satuday, using his extraordinary length off the tee to post eight-under.  Many tour players feel that on any given day, he’s longer than Bryson DeChambeau.  His putter and short game have improved to the point where he can win his first major.

Scottie Scheffler (66-71-65):  The former Texas Longhorn has been playing well since the restart but now has a chance to enter a different level.  But it’s tough to make a major your first win.

Brooks Koepka (66-68-69):  Could be the biggest threat to D.J.  None of the contenders have as many major championships as Koepka and he pointed that out after his round on Saturday.  If he comes up short, he has only himself to blame after making three straight bogeys Saturday at 13, 14 and 15.  Still managed to shoot under par despite that stretch.

Collin Morikawa (69-69-65):  If Collin can shoot another 65 on Sunday,  he could be the one hoisting the Wanamaker.  He’s comfortable on this course, played 30 miles away at Cal-Berkeley.  He’s so steady and seemingly unflappable.  If the putts fall for him over the final 18, look out.

Paul Casey (68-67-68):  Casey’s been a contender many times in majors but has never managed to get the job done.  Let’s see what happens over the final 18.

Daniel Berger (67-67-70):  He’s been solid for three days and that power cut off the tee has served him well.  He’ll need a career round to have a chance.

Bryson DeChambeau (68-70-66):  DeChambeau got into the six-under group thanks to a 95-foot birdie putt at 18 on Saturday.  It was the longest putt he’s made as a professional.  He’s going to have his best finish ever in a major but can he win?  Possibly but not probably.

Is four shots too far back?

When you look at the lineup that is six-under or better, the answer to that may be yes.

Overnight leader Haotong Li found out how tough it gets on the weekend at a major.  He struggled and shot 73 on moving day, worst round of those in contention.  Li, at age 25, is still developing and needs more regular wins on the European Tour.  We may begin to see more of him in the U.S.

If the conditions on Sunday are similar to Saturday, it will be tough to shoot a low number.  Final round pressure is a beast.