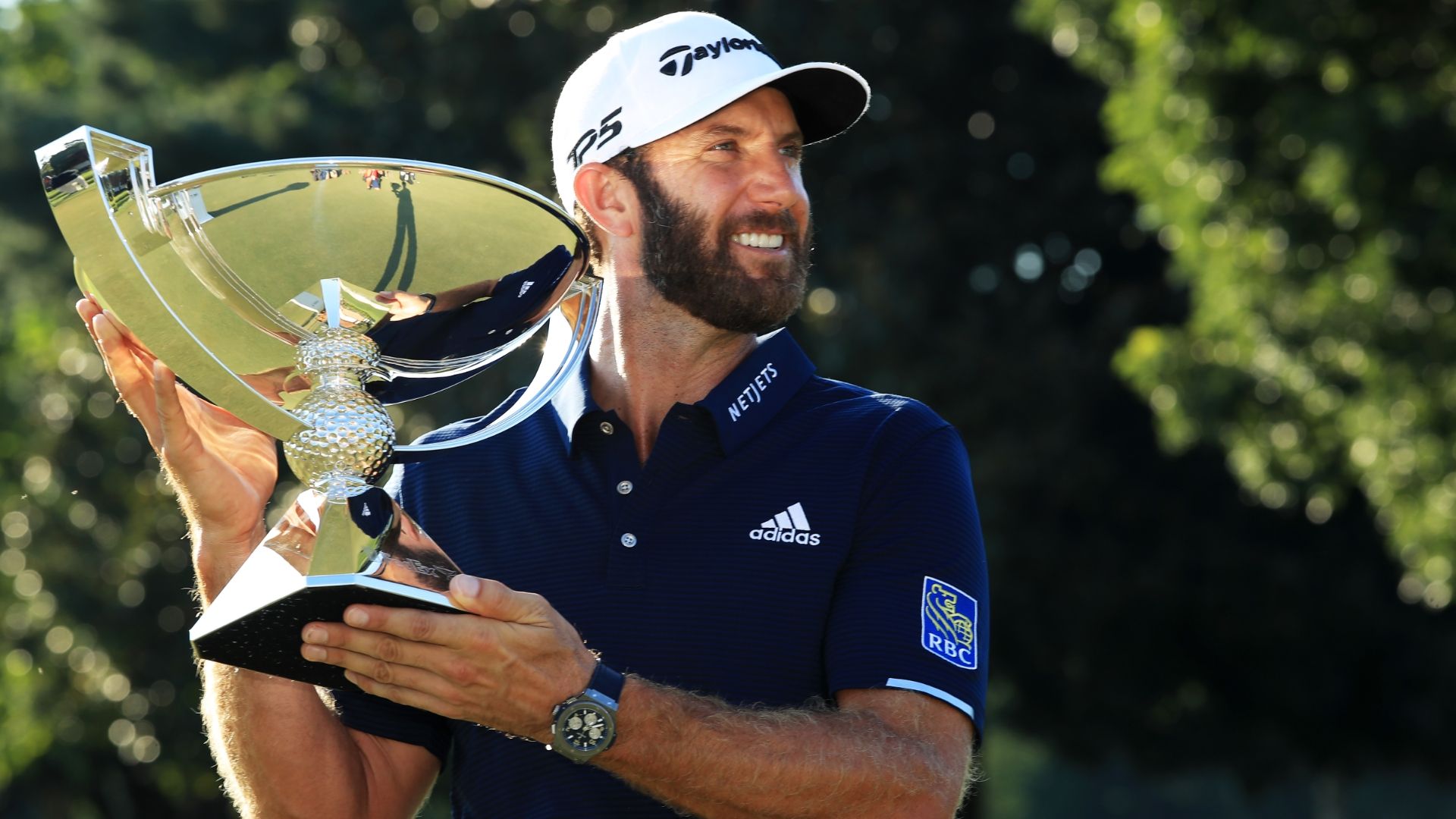 Dustin Johnson had his eyes on the prize before the Tour Championship started.

Dustin Johnson Was Supposed To Win, He Did, But He Didn’t

Dustin Johnson took care of business at East Lake on Labor Day, just like he was supposed to.

Dustin Johnson got it done and he should have — you really can’t give the No. 1 player in the world 10 shots under par to start an event and expect any other outcome, can you?

As things turned out on Monday at East Lake, it’s a good thing D.J. had those 10 shots and it’s a good thing that he built up a five-shot lead going into the final 18 holes.  Yes, Dustin Johnson is the proud owner of that very shiny FedEx Cup Trophy and he hoisted it late Monday thanks to a closing 68.  He hoisted it thanks to some clutch putting and enough birdies to hold off ambitious Xander Schauffele and Justin Thomas.

The “real” scoreboard would show that Xander, the X-man, shot the week’s lowest score.  Rounds of 67-65-67-66, by our elementary school math skills, adds up to a total of 15 strokes under par.

But in this version of the PGA Tour’s Club Championship, it’s low net that counts and after rounds of 67-70-64-68, D.J. finished at 11-under but that wonderful 10-under par start last Friday gave him the “low net” score of 21-under and by The Sheriff Of Nottingham’s (aka Tour Commish Jay Monahan) modern day Tour Championship golf math — there’s your winner.

Ah but you can’t fool the bean counters at the Official World Golf Rankings.  When this week’s rankings come out, Xander gets credit for “the win” and that will move him from 11th in the world to a more lofty seventh.

But you have to give D.J. credit this go-round.  A lesser player might have choked the entire thing away down the stretch on Sunday.  Indeed, Xander was doing his best to apply the heat.  Playing with Johnson, he showed a stunning short game and turned would-be bogeys into pars and made enough birdies to annoy the heck out of his playing partner.

That final round started out quite well for Johnson, looked like it would be a piece of cake.  “It’s a difficult course, no lead is safe, I got off to a good start,” Johnson said after he got it done.  Truth be known, D.J. was quite the putter over the final 18 holes.  If you want to look back, it was that 21-footer for par at the 13th hole that turned a sure bogey into par.  He didn’t miss any short ones down the stretch.  “I hit fairways down the stretch when I needed to,” Johnson added.

The holes he needed to get past — the 525-yard par four 14th (ouch) and the near island of a green that is the par three 15th, well, he took care of business there and at that point, you had to really, really like his chances of banking that fat $15 million.

D.J. closed it out like he should have with a tasty up-and-down sand birdie from a greenside bunker.

“The guys gave me a good fight today.  I controlled my own destiny and I did what I needed to do,” he said after finishing the task at hand.

Seems the talking heads at The Golf Channel put some extra pressure on Johnson, putting out there that D.J. said he “needed” to win this thing.

Johnson corrected them on that.  “I didn’t say I ‘needed’ to win it, I said I wanted to win it,” said the FedEx Cup champion and probable PGA Tour Player Of The Year for this weird, COVID-19-affected season.

D.J. also added that he was “pleased to be the FedEx Cup champion” — and who wouldn’t be?

He won’t have a lot of time to celebrate.  “A few days off then the U.S. Open,” Johnson said.

Yes, the U.S. Open next week at Winged Foot where we’ll be back to “real” golf — Low Gross wins it all.