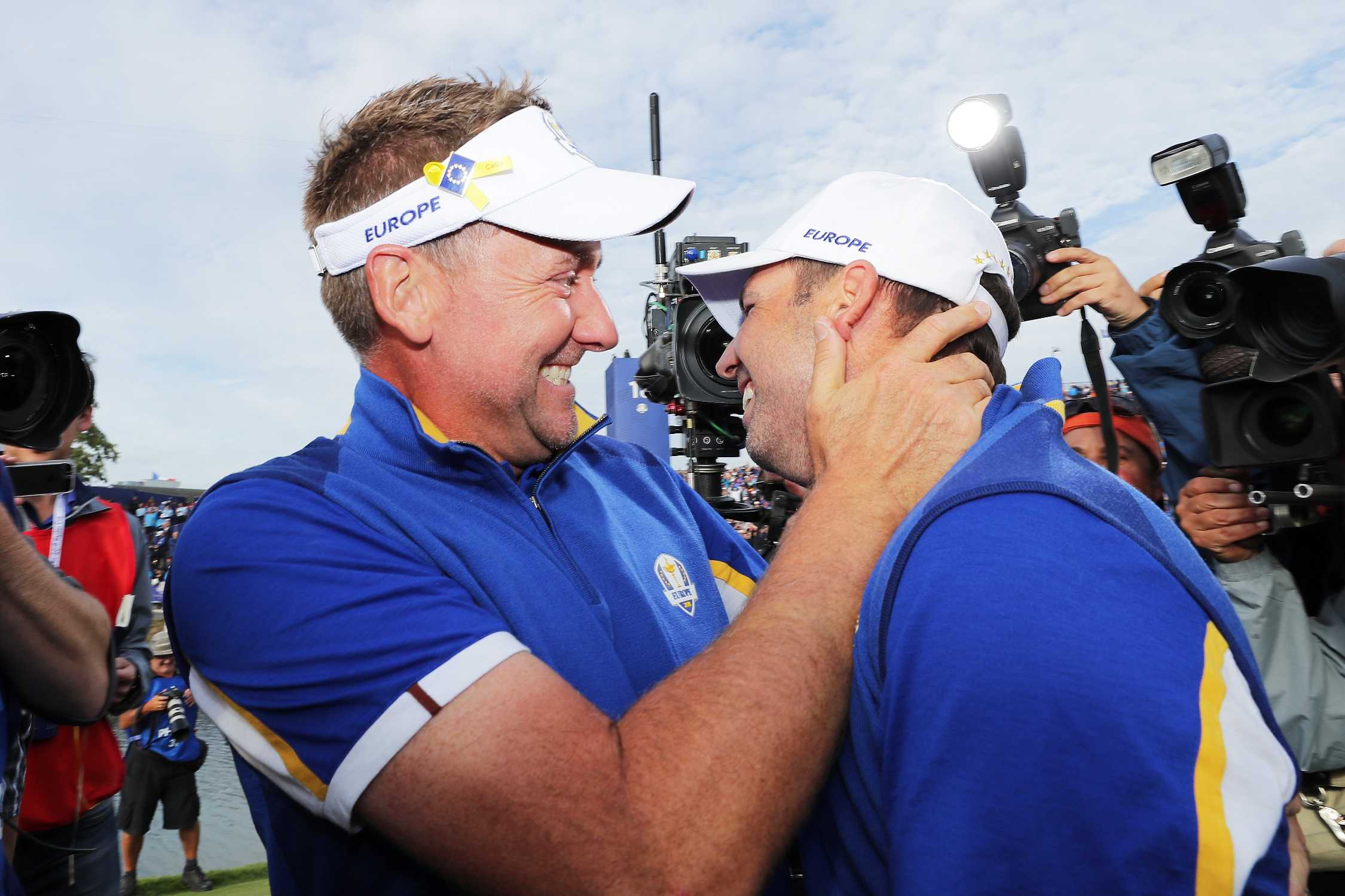 Ian Poulter and Sergio Garcia bring a load of experience to the European team.

Paddy Harrington’s European team is finalized and he now has the men who will battle for the Ryder Cup in 11 days at Whistling Straits.

The European Tour’s method of determining the team is a bit different from the U.S. way — Harrington had nine automatic qualifiers — four from the European points list and five from the World points list.  He then added his three captain’s picks after Billy Horschel’s victory Sunday at the European PGA at Wentworth.

Here’s how things lined up for Harrington:

Considering eight of the 12 players from the U.S. team are ranked among the world’s top 10 and are playing on home soil, this upcoming version of the Cup is a total mis-match on paper.  But that’s where the story begins — it’s played on grass, not paper.

Harrington picked Garcia for obvious reasons.  “It’s the passion he brings us.  He loves to mentor younger players.  He’s a good ball-striker and Whistling Straits is a ball-striker’s course.”  On Lowry, the 2019 Open champion:  “No one thinks of him as a rookie — Shane’s a big-time player — an easy pick.”

Poulter was an easy selection for Harrington as well:  “The Postman!  He’s the Postman —  he delivers.  He lifts himself and his playing partners — he’s in great form.”

One might argue with Harrington about Poulter being in great form.  He missed the cut last Friday at Wentworth.  Same for Hatton, who has been steadily sliding downward in the world rankings.  Earlier last season he was in the top 10, now he’s 19th.  Westwood had a resurgence this past season but tied for 71st last week on a course he knows very well (Wentworth).  Hovland tied for 49th while Fitzpatrick and Wiesberger tied for 20th at 11-under par Sunday.  Lowry shot 12-under and finished 17th while Fleetwood shot 14-under and finished 12th.

Garcia skipped the European flagship event, choosing to stay home in the states to rest up and practice.  Given his age (41) — it was probably a good decision for Sergio.

Which brings us to Whistling Straits where the U.S. team got him a couple of days of pre-Ryder Cup reconnaissance work.

The U.S. team is loaded with talent — the talent level is overwhelming when you look where the Europeans stand in the world rankings.  Only Jon Rahm looks to be in fantastic form coming into Whistling Straits.  But that’s been the case before and somehow, the European team bonds and performs better than the oddsmakers anticipate.

The last go-round in France was a blowout but this European team has a different look to it.  Add the fact that Davis Love III pointed out last week that the Euros out-prepared the Americans for the battle at Le Golf National outside Paris.

Stricker has his work cut out and perhaps that’s why he made the tough decision to leave Patrick Reed off this latest American team.  Given Reed’s recent health scare, the fact he played poorly over the last few months and his propensity to cause commotion (see Paris 2018), perhaps it wasn’t that hard of a decision.  Reed made it sound like the right one by instantly “liking” Tweets from fans who blasted Stricker for omitting Reed.

Truth be known, somehow, someway, the Europeans manage to make it a hot-contest, even when the talent scales are way out of balance.

Upsets happen — just ask the Green Bay Packers about that.