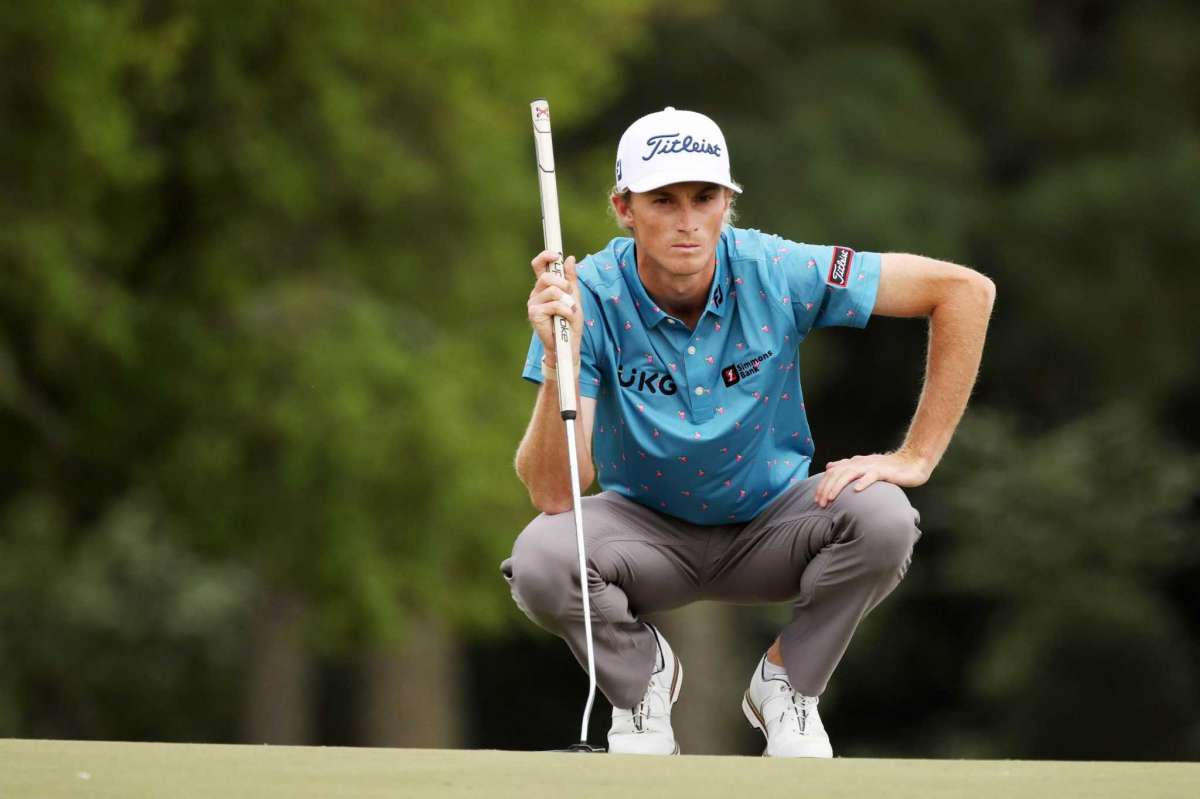 Will Zalatoris ranks 122nd in the PGA Tour putting stats.

The human one-iron and that would be 6-foot-two, 160-pound Will Zalatoris, is your PGA Tour Rookie Of The Year and young Will is wasting no time in his search for a PGA Tour win as he’s in the field this week in Johnny Miller Land at the Fortinet out there in wine country.

Will is the latest recipient of the Arnold Palmer Award that goes to the Tour’s best rookie as voted on by his fellow players.  Sorry Garrick Higgo (WGC winner at the Palmetto), the fellas aren’t going to vote for a South African over one of their home-grown guys and Zalatoris fits that bill.

It is no surprise that Will’s in this first field of the 2021-22 season.  It’s a field without a lot of stars except for one big one — world’s No. 1 Jon Rahm, who wants to play some real, live competitive golf to get ready for next week’s Ryder Cup matches.

Aside from Rahm, Zalatoris can see how he fares against U.S. Ryder Cup-reject Kevin Na along with Webb Simpson and Hideki Matsuyama.  That’s three bigger names than one would normally find in this California event at the Silverado Resort and Spa where Mr. 63 aka Johnny Miller, likes to hang out and sample wine.

It’s ironic that Will now owns the Arnold Palmer award.  You see, Will’s Achilles Heel is his putting.  He’s a top-10 guy in the Tour’s ball-striking-related categories but ranked a smelly 122nd in putting.

The late, great Tommy Bolt once told me that in Arnie’s early days on Tour, “Arnold made everything he looked at!”  according to Tommy.  Bolt knew firsthand, Arnie and wife Winnie used to travel around with Tommy and Mrs. T-Bolt.  They drove cars and towed tiny trailers to save expenses.  Not a lot of money on Tour when Arnold was a rookie.

Which brings us back to Napa Valley and this first Tour stop of the 2021-22 season.

After last year’s “Super Season” it’s a welcome relief to actually start things where they should start and maybe, actually, have spectators there on site for some polite applause.

Zalatoris did everything but win last year, including a runner-up finish at The Masters.

When will he win?  Most say soon.

But that putter of his will determine if and when that happens.