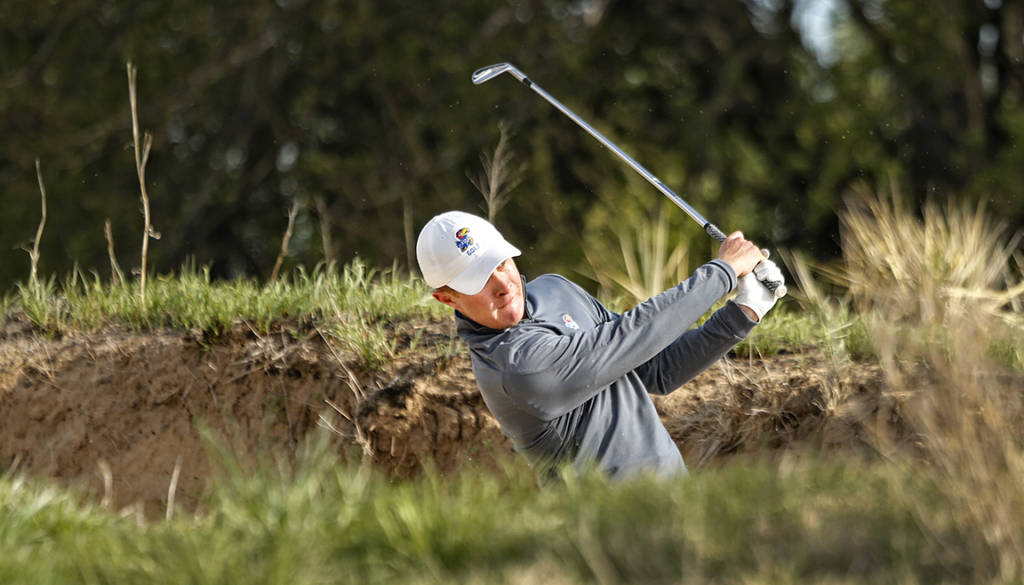 First rule: Take a club with enough loft to make sure you get out of the bunker!

Posted By: Tom Edringtonon: October 08, 2020In: The Lesson TeeNo Comments

Two really great learning moments during the waning moments of the Scottish Open last week when Aaron Rai found himself in a nasty fairway bunker on the 18th hole not once, as he finished his round, but twice, seeing his drive go into the same bunker on the first playoff hole with Tommy Fleetwood.

Rai’s 72nd hole wasn’t bad.  He was far enough back in the somewhat deep bunker with a steep face that he was able to get a wedge just short of the green.  From there he hit a great pitch and run, sending it in low and running like a putt.  It stopped within two feet and he had an easy par to set 11-under as the target score.  Later, Fleetwood ran in a birdie effort to tie him and they went back to 18 for the playoff.

The second time, Rai found himself closer to the steep face.  He didn’t try a hero shot.  He took a sand wedge, made sure he cleared the face but found himself 30 yards short of the hole — advantage Fleetwood.  Once again, Rai hit a perfect pitch-and-run that got him about four feet from the cup.  He holed it then watch Fleetwood choke on a three-footer.

Great lesson here.  Rai didn’t go high risk — he made sure both times that he got OUT of the bunker to keep par in the equation.  Great lesson for everyone.

First — grip down on the club.  Choking up will help catch the ball first.

Second — make sure you have a stable stance.  You don’t want any slipping or sliding when you hit these shots.  Take a wider stance and limit the lower body movement.

Third — See the “First” item on this checklist.  Choking down on the club will help you catch the ball first, sand second.  It should be your main swing thought.

Fourth — Do what Aaron Rai did on his way to victory last week.  Always take a club with enough loft to escape the bunker.  Sure, everyone wants the hero shot but on the very first hole of the final round, Ian Poulter tried one and buried his ball in the grass face of the bunker.  He went on to make bogey and that set the tone for a round that didn’t get it done for Ian.  When in doubt, take more loft than you think you need.

Finally, we’ll leave you with this video of Aaron Rai making four after a safety shot.  It helped him get the win.  (Click on this link).