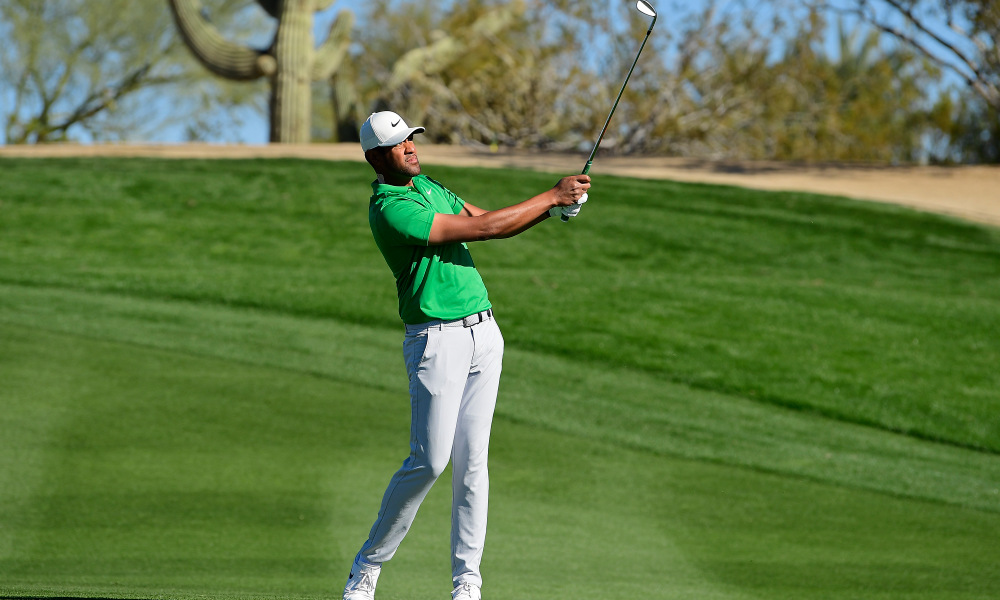 Tony Finau's 62 was the best on moving day in Phoenix.

The newest resident of Phoenix introduced himself on Saturday with a splash.

After four front-nine birdies, Finau added another at the 12th then rolled in a 20-footer for eagle at the 13th.  He had a much easier eagle putt at the par five 15th but missed that one from just six feet.  He made up for the miss by nearly holing his tee shot at the raucous 16th.  He made birdie from five feet to get to nine-under for the day and that’s where he’d finish.

He’s alone at the top at 16-under but there are plenty of challengers heading into Sunday’s finale.  Webb Simpson scored the day’s most spectacular shot when he holed a seven-iron for an ace at the par three 12th.  He finished with 64 and stands in solo second at 15-under par.  Overnight leader J.B. Holmes and Hudson Swafford are two shots back at 14-under.

Finau, who had trouble off the tee on Friday, worked out his issues after the second round.

“I’ve got 18 holes to go.  I’m in good position.  I’m looking forward to tomorrow,” Finau said after his round.