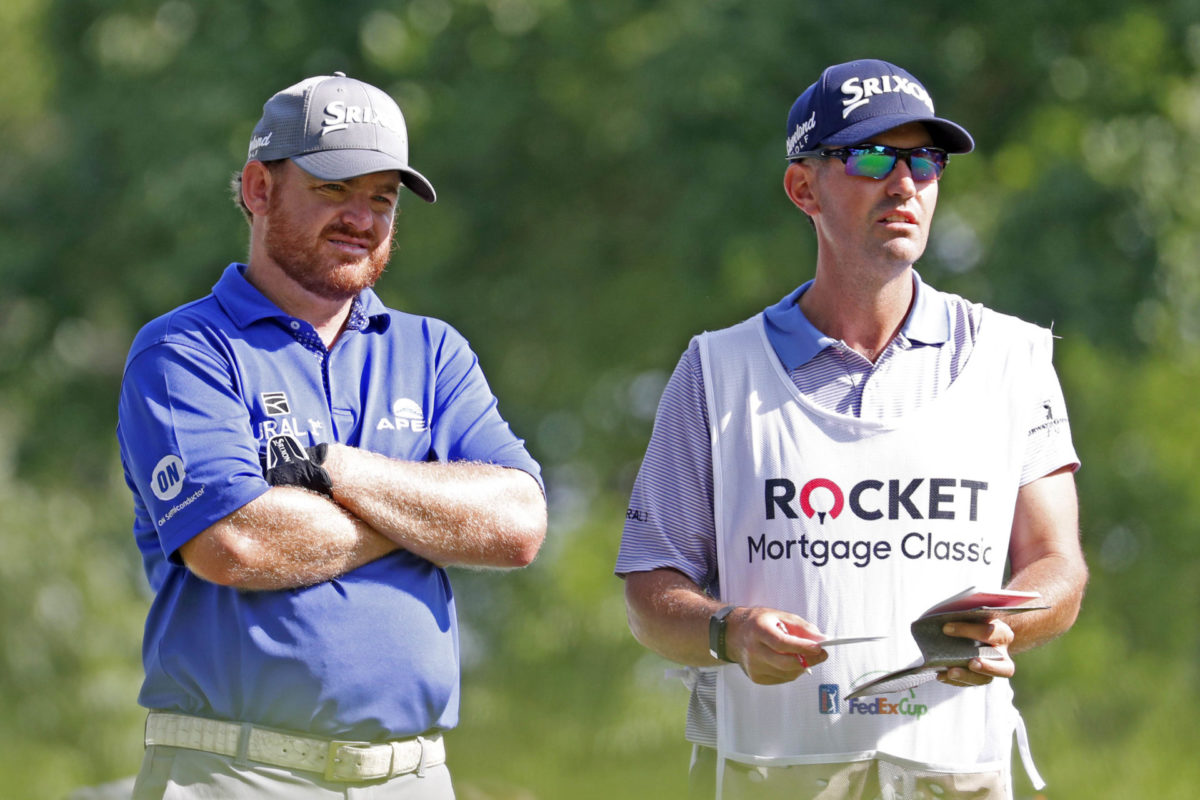 J.B. Holmes played 13 through 17 in five-under par on Friday.

The human rain delay is the halfway leader in Phoenix.

J.B. Holmes moved along nicely on Friday and caught a hot five holes that boosted him into the 36-hole lead at the Phoenix Open.

Holmes played the 13th through 17 holes in five-under par with three birdies and an eagle-two at the drive-able par four 17th.

He played the back nine first then added three more birdies on the front nine but bogeys at nine and 18 kept him from going really low.  Still, his six-under 65 got him to 13-under par and he has a one-shot lead over first-round leader Wyndham Clark, who followed up his 61 with a 69 on Friday.

Jon Rahm made a run up the leader board with five straight birdies starting at the 11th hole but bogeys at the 16th and 18th holes dropped him back to seven-under after 36 and the finish left Rahm hot under the collar.

“There’s going to be a lot of people. It’s going to be really loud,” Holmes said. “Just keep doing what I’ve been doing, hopefully, keep making putts and not change the strategy. It’s worked pretty good so far.”

“Obviously, it was just a horrible finish. I don’t know what to say. It’s just a bad way to finish,” Rahm said. “Could not be an easier finish, but to finish two-over par on those three holes, yeah, that pisses me off.”

The playing woes of Jordan Spieth continued at the TPC Scottsdale.  Spieth, who had hoped to stick around for the weekend, didn’t.  Spieth had rounds of 74-69 to finish at one-over, two shots shy of making the 36-hole cut, which came at one-under par.