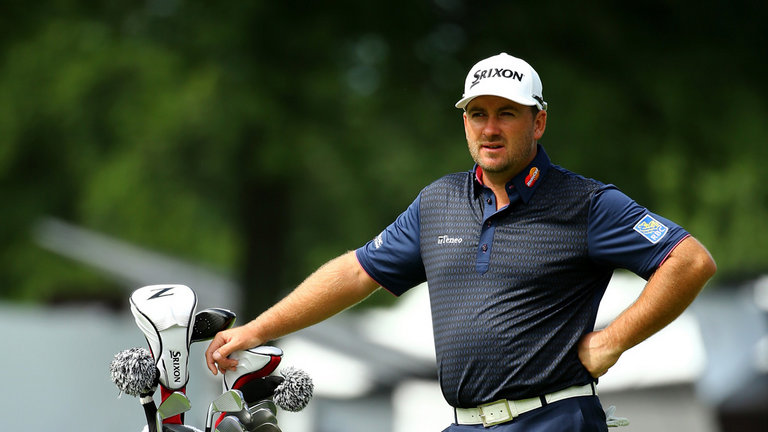 Graeme McDowell ended a near six-year drought on the European Tour.

G-Mac Grinds It Out — Outlasts D.J. And Phil In Saudi Arabia

He was trying to get his first European Tour win in nearly six years, his last came at the French Open in the summer of 2016.  McDowell is an aging veteran at age 40.  He’ll turn 41 this year and was out to prove he can still win with big names breathing down his neck.

He took a slim one-shot lead over Victor DuBuisson into the final round of the Saudi Invitational but it was Dustin Johnson, Phil Mickelson and, to some degree, Gavin Green, who posed the biggest threats to the man from Northern Ireland.

Mickelson made the first run at McDowell with birdies on three of his first four holes.  McDowell got off to a nervous start with bogey at the first hole and suddenly it was game-on.

McDowell left the door open for the other contenders when he made the turn at one-over, 11-under for the tournament.

DuBuisson, who played with McDowell, took himself out of the hunt with a bogey, double-bogey start to the back nine and he would be no factor from that point on.  Mickelson’s run came to and end as he got on a par streak that finally ended with a bogey at the par three 16th to end Mickelson’s hopes.

Johnson pitched in for an eagle at the par five fourth then added birdie at the ninth.  Suddenly McDowell had a bonafide challenger.  D.J.’s putter became McDowell’s best friend.  After the birdie at nine,  D.J. would miss numerous back nine opportunities before he finally eagled the 18th to post 1–under.

McDowell looked shaky when he bogeyed the tough 13th after his approach to the par four came up well  short and he’d miss his par putt from seven feet.

It was then that McDowell showed the grit that won him the 2010 U.S. Open.  At the 14th, he holed a birdie putt from 25 feet then hit a gem of an approach into 15 within six feet that got him back to even par for the day and 12-under, a number that would prove safe.  Three straight pars to finish shut down the Johnson threat and McDowell was back in the winner’s circle.

It’s special,” he said after the satisfying win. “I’ve been working hard the last year and a half. I want to be back up there one more time just to be able to play against these guys. The game of golf is in such great shape, there are so many great players in the world, it’s so exciting to be a top player in the world and I want to be back up there again. I’m very excited that it’s happened a little faster than I expected but hopefully it’s laying some foundations down for having a big year.”

McDowell was jazzed about the state of his game and what might be in store this season.  “It’s been 10 years since I won a U.S. Open, 10 years probably since I played the best golf of my life. I feel like I’m moving back in the right direction,” he said.  “I have a solid team, life’s settled down. I’ve got a great wife and great family, I’m very happy with what’s going on in my life right now. I feel like the pond, the ripples in the pond have kind of steadied out a little bit now and I’m in a good place to play some good golf.”

McDowell credited his coach, Kevin Kirk, for encouraging him.  “Kevin said to me, ‘There’s no reason why the best golf in your career can’t still be ahead of you.’  like that. I like that kind of idea. I like that focus.”