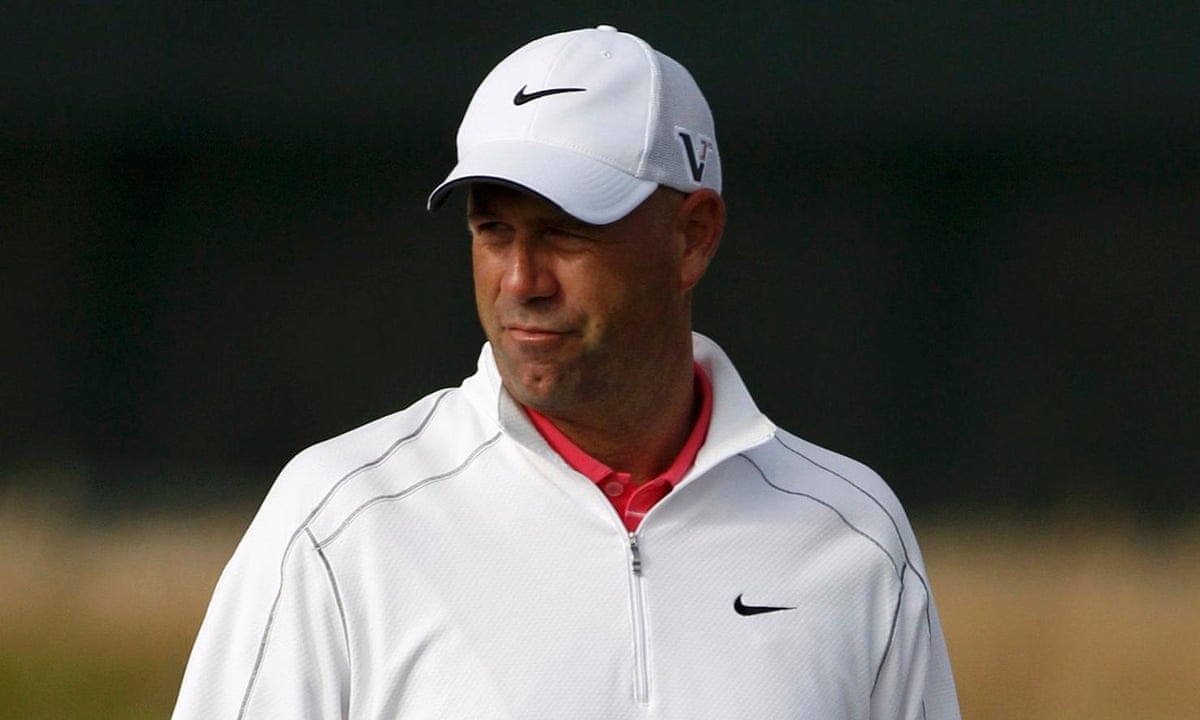 Stewart Cink's last win was the 2009 Open Championship at Turnberry.

“Old Man” Stewart Cink showed the rest of the PGA Tour that there’s still some life in the former Open champion.

Cink, who hadn’t won since 2009 when he upended Tom Watson in a playoff for the Open Championship at Turnberry, came up with enough birdies, including one on the 72nd hole Sunday, for a two-shot victory at the Safeway Open.

Cink closed the deal with by shooting 65-65 over the weekend at Silverado Resort and finished at 21-under par, two better than runnerup Harry Higgs.

Cink set up his win with four birdies on the front nine then added three more by the 16th hole.  He briefly opened the door for Higgs when he missed a four-footer for par at 17 but slammed the door with a birdie at the par five 18th.

The win was huge for the 47-year-old veteran.  He had finished outside the top 125 and was not fully exempt.  Now, with the super season, he’s exempt until he turns 50.

“I’ve played some good golf over the years, but it’s been a while since I really played well over four rounds,” said Cink  who had his son Reagan as his caddie.  “When it came time for me to kind of wrestle the bull to the ground, we were able to keep our composure, me and Reagan both – at least it looked like it on the outside – and get the job done.”

Cink started the day two shots off the lead but made a charge with those four birdies on the front nine.  Cink admitted that he had “come to terms” with the possibility that he might never win again on the PGA Tour.  “I did, but it’s not something I was settled or content with,” Cink said. “I still compete to try to win, and I work hard on my game. And I just try to squeeze every little bit of juice I can out of my golf game, out of that lemon.   So this is key timing for me to get a win. It will keep me in fields for the rest of my career until I turn 50, and then I can move on to another tour maybe. We’ll see.”

Scottie Scheffler Postive For COVID-19, Out Of U.S. Open Field:

Scottie Scheffler, who had an incredible rookie season and would have been one of the top contenders this week at the U.S. Open, has withdrawn from the field.

Scheffler tested positive for COVID-19 in Dallas, although he is asymptomatic.

He will be replaced in the field at Winged Foot by Branden Grace, who had to withdraw from the Barracuda Championship in July when he tested positive for the virus.

Lexi Thompson didn’t get the job done at the ANA Inspiration (she finished fourth) but brother Curtis came through at the Evans Scholar Invitational and nailed down his first-ever victory on the Korn-Ferry Tour.

Thompson closed with a two-under par 70 to edge Will Zalatoris and Jimmy Stanger by a shot.  Thompson finished at 17-under par.

Zalatoris finished well ahead of Thompson and his 64 jumped him up the scoreboard but he failed to birdie the par five 18th and that would prove costly.  Stanger did manage a birdie at 18 to tie Zalatoris at 16-under.

Thompson knew he needed birdie at that final hole to win and he produced it.