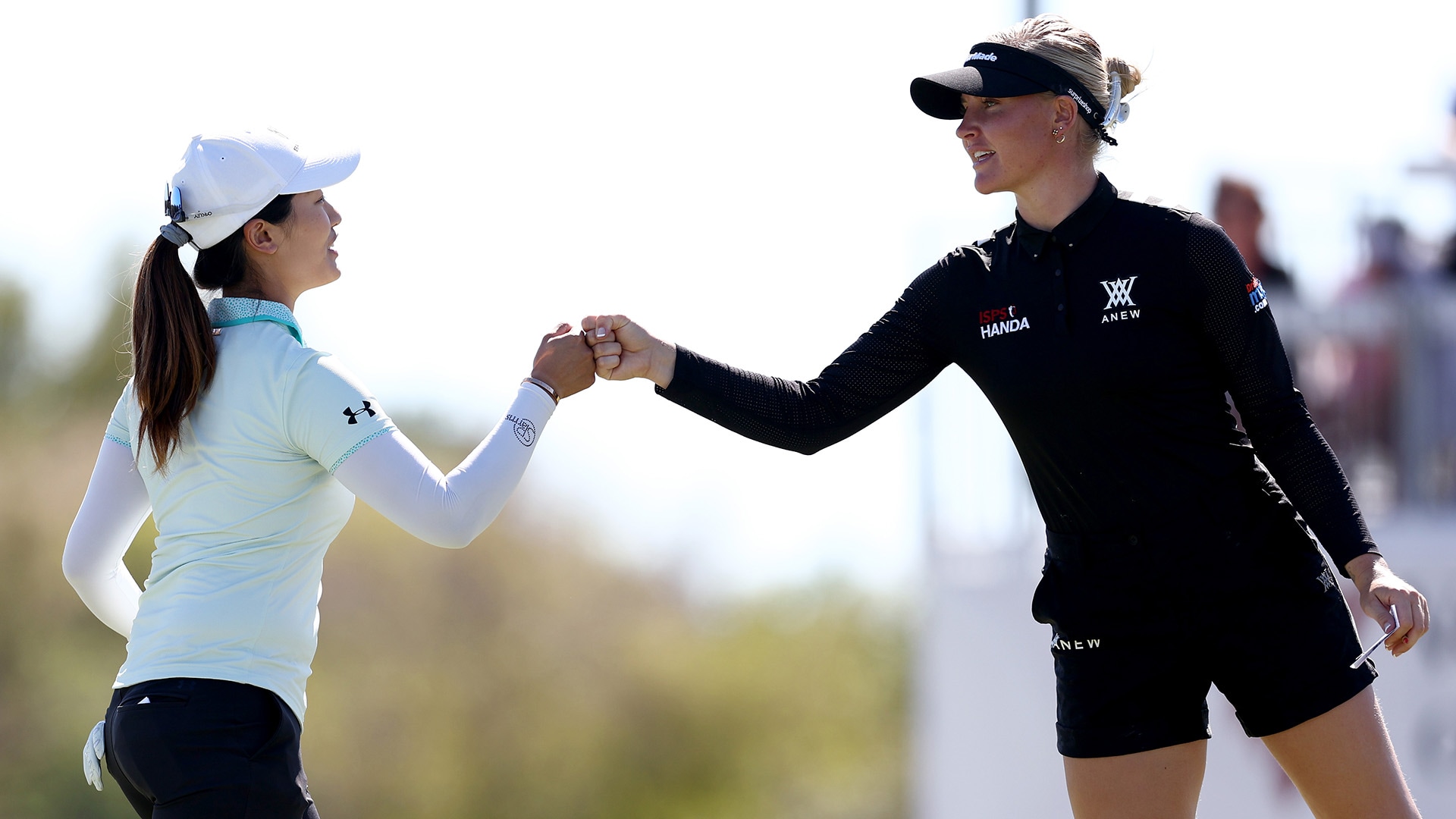 Charley Hull held off a late rally by Janet Lin for a one-shot win.

England’s Charley Hull looked like a rising star when she won the LPGA’s biggest event — the CME Group Tour Championship six years ago.

But it’s been a long drought for Hull and it finally came to an end on Sunday when she held off a furious rally by Xiyu (Janet) Lin and walked away with a one-shot victory at the Ascendant championship.

Hull was spectacular on a sunny afternoon north of Dallas at the Old American Club.  She shot a seven-under par 64 and finished 18-under par, a single stroke better than Lin, who shot 65 after making birdie at 16 then an eagle at the par five 17th, courtesy of a 35-footer for the three.

“I found it exciting,” Hull said. “When Janet made eagle on 17, I enjoyed that. It made me want to birdie the last. It was great fun.”  Hull didn’t need birdie at 18 as Lin’s birdie putt barely missed.

“I’ve put in some good work this year,” said Hull, who now has two LPGA wins to go with three titles on the Ladies European Tour. “I told my coach a few weeks ago, ‘This is what we need to work on to get in the winner’s circle.’  I could have made some more birdies,” she said. “Hit good putts and just rolled over the edge. I feel very proud of myself.”

Hull put herself in position for the win with three straight birdies starting at the 12th.  After Lin’s eagle at 17, Hull sank a four-footer for birdie to keep her one-shot advantage.  With the win, Hull passed the $1 million mark for the season.  She’s currently ranked 31st in the world and 17th in the CME Globe standings.

For Lin, it was her second runner-up finish in her last three events.  She’s been knocking on the door and she’s risen to 23rd in the world rankings and eighth in the CME Globe race.

“It’s funny, my coach and I had a joke, trying to see how high of a world ranking I can get without a win. I mean, it’s not fun, but it’s fun,” Lin said. “Any other week, I mean there is 140 players out there and I came up second. It sucks, but at the other side, it’s good.”

Atthaya Thitikul, the 19-year-old from Thailand who won last week in Arkansas, needed a win to reach No. 1 in the women’s world ranking. She shot 67 and finished solo fourth at 12-under par, four behind third place Lydia Ko.