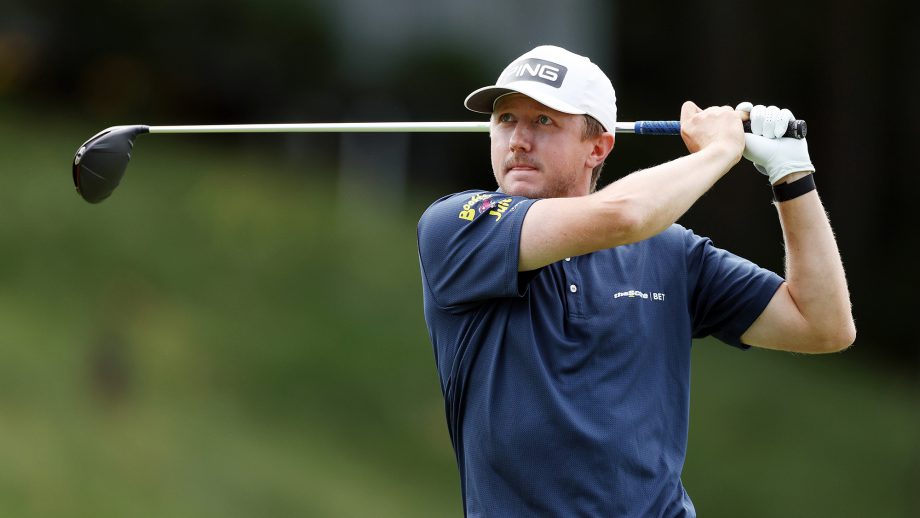 Mackenzie Hughes got up-and-down 24 of 26 times when he missed greens.

Mackenzie Hughes put his nose to the grindstone down the stretch Sunday at the Country Club of Jackson and came away with a thrilling, overtime victory over a very determined Sepp Straka.

The knee-jerk reaction to watching Hughes make clutch putt after clutch putt when it mattered most could be:  why wasn’t this kid on Trevor Immelman’s Presidents Cup team?  That’s a debate for Immelman and his gang.  As for Hughes, it was a big day in Mississippi as he grabbed his second PGA Tour win.

It wasn’t easy.  Straka, who looks like a candidate for the next European Ryder Cup team, birdied both the “swing” holes — the par five 14th and short, drive-able (325-yard) 15th.  The big Austrian then hit solid drives on the three tough finishing holes and posted 67 and a 17-under total for Hughes to ponder.

As for Hughes, he had a wild ride to his 17-under total.  He missed an eight-footer for birdie at 13, messed up the 14th and made a miracle 16-footer just to save par.  He did manage birdie at 15 to get to 17-under.  He made a seven-footer to save par at 16, missed a 12-footer for birdie at 17 then after a crappy duck-hook of a drive at 18, he managed to punch an iron long and over the green then forced the playoff with an incredible up-and-down from 105 feet off the back of the green.  His 69 got the job done, almost.

On the first trip back to the 18th, he had to make a save from the front left bunker for par.  He holed a clutch five-footer to do that while Straka two-putted from 25 feet.

With daylight running out, they went down 18 again.  This time, from a perfect eight-iron yardage (164), Hughes stuck his approach to seven feet.  Straka got his to 13 and it was up to their putters.  Straka missed and opened the door for Hughes, who stepped through.

As his putt rolled toward the hole, Hughes clenched his right hand into a fist and loaded up. By the time the ball dropped he’d already begun to unleash the fist pump.

“I’m unaware of that,” Hughes said after his win.  “I didn’t realize at what point I started celebrating, but I knew about a foot out that it was going right in the middle. That was like the best feeling in the world.”

“The putt itself was really straight,” Hughes said of his winning putt, “and I was kind of fortunate in that in regulation I had about a 3½-footer from a little left of that, and then on the first playoff hole I had a five-footer from just right of that. I felt like I was right in the middle of those two. In regulation, I felt like my putt was going a little bit right, the first playoff hole was going a hair left, and then this one was really straight.

“Again, felt fortunate that I had landed in that spot where I was comfortable with the read. Felt like I was confident in what it was going to do, and I played it right in the middle of the hole and it went dead straight. That was pretty sweet.”