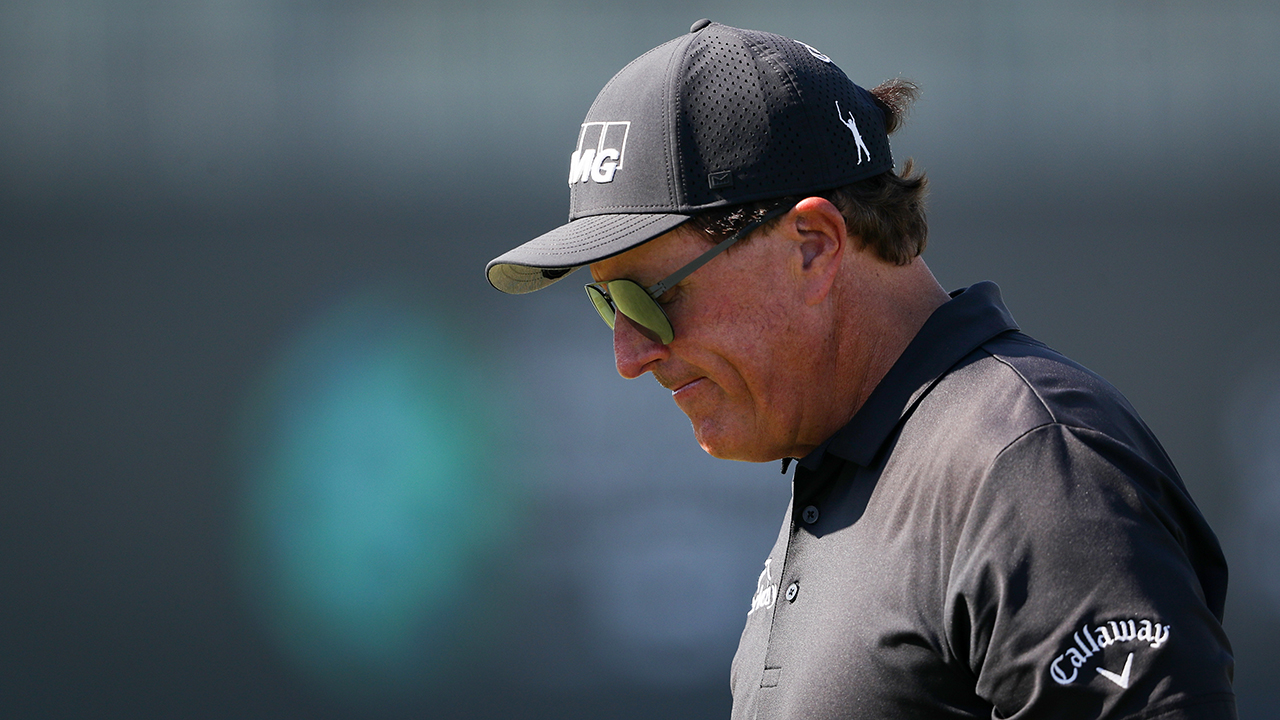 Phil Mickelson decided to not be a major distraction next week.

Phil Mickelson has decided to not face the music.

Mickelson advised the PGA of America on Friday that he won’t be playing in next week’s PGA Championship at Southern Hills.

Now all eyes will focus on Mickelson to see if he shows up in June at the inaugural LIV Series event outside London.  If he does, it’s a given that he will be suspended from the PGA Tour if he already hasn’t been.

Since 1960, the only defending champion who did play was Tiger Woods, the 2007 winner at Southern Hills who couldn’t play in 2008 while recovering from knee surgery.

Stricker In Front At Regions Tradition:

Steve Stricker added a 68 to his first-round 65 Friday and is the 36-hole leader at the Regions Tradition at 11-under par.

Stricker was two shots ahead of Scott McCarron (70-65) and Paddy Harrington (69-66).  Ernie Els was sitting by himself at eight-under after a pair of 68s.

World No. 5 Minjee Lee birdied four of her first six holes Friday then went on to threaten the 59 number before she finally finished with a nine-under par 63 at the Founders Cup.

Lee stands at an impressive 14-under par at the halfway mark at Upper Montclair Country Club — she’s three shots clear of Lexi Thompson (67-66), Ally Ewing (67-66) and first round leader Madelene Sagstrom who followed up her opening 63 with a 70.

Lee had a shot at 59 but she needed to birdie her final three holes.  Instead, she made bogey at the tough 16th then parred in.