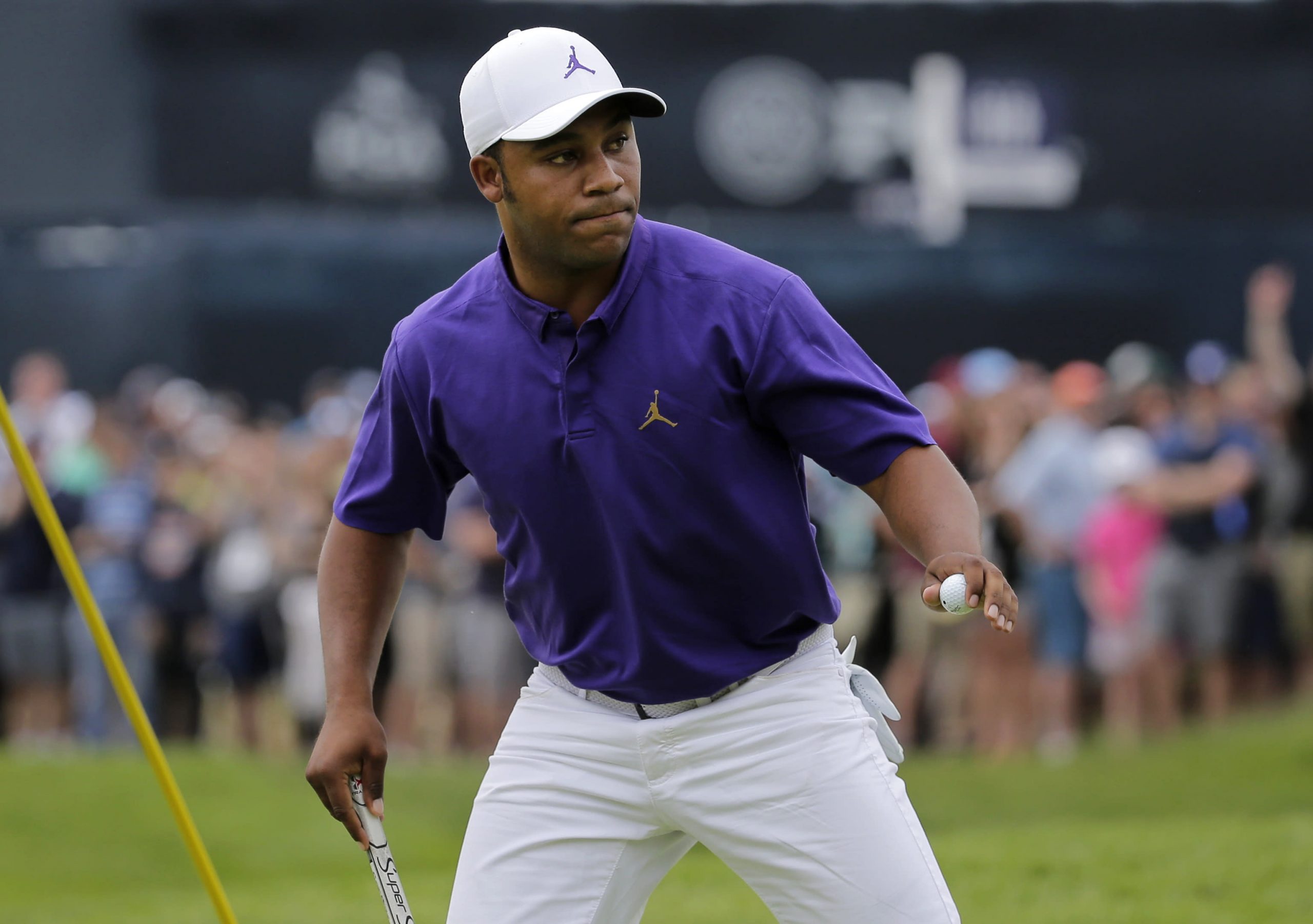 Harold Varner III has been knocking on victory’s door for the past three seasons on the PGA Tour.

That was the case again this week at the RBC Heritage, where Varner went into the final 18 holes as the overnight leader.

Varner jumped to the top of the field on Saturday with a flawless, eight-under par 63 — eight birdies, no bogeys and noting but smiles from one of the Tour’s most personable characters.

“I gave myself a lot of looks and putted well,” Varner said after that 63.

On Saturday he was in the thick of it.  He survived an early bogey and rebounded with a pair of birdies to close out his first nine holes.  He was chasing the lead of playing partner Shane Lowry.

Lowry got it to 14-under par after a birdie at the 11th and he stood on the treacherous 14th with a two-shot lead.  Varner was one of four players in pursuit.  Lowry opened the door when he missed the green wide right then his pitch from a sandy area came out hot, rolled past the hole and kept rolling, all the way over the fringe, over the railroad ties and into the water.  He took double-bogey five and the race was on — and Varner was one of those in the thick of it.

As things would turn out, all Varner needed was one birdie over his final four holes to get in the playoff with Jordan Spieth and Patrick Cantlay.

His best chance came at the par five 15th when he found a greenside bunker with his second shot.  He hit a really poor blast, barely making the fringe and was fortunate to get a two-putt par from 63 feet.

The East Carolina alum never got his approaches close enough coming home.  He was 21 feet at the 16th, 24 at the 17 and 34 feet at 18 — an big turnaround from Saturday when everything went his way.

His only wins have come overseas in Australia and Saudi Arabia.  Still, Varner has performed well enough to reach No. 36 in the world rankings.