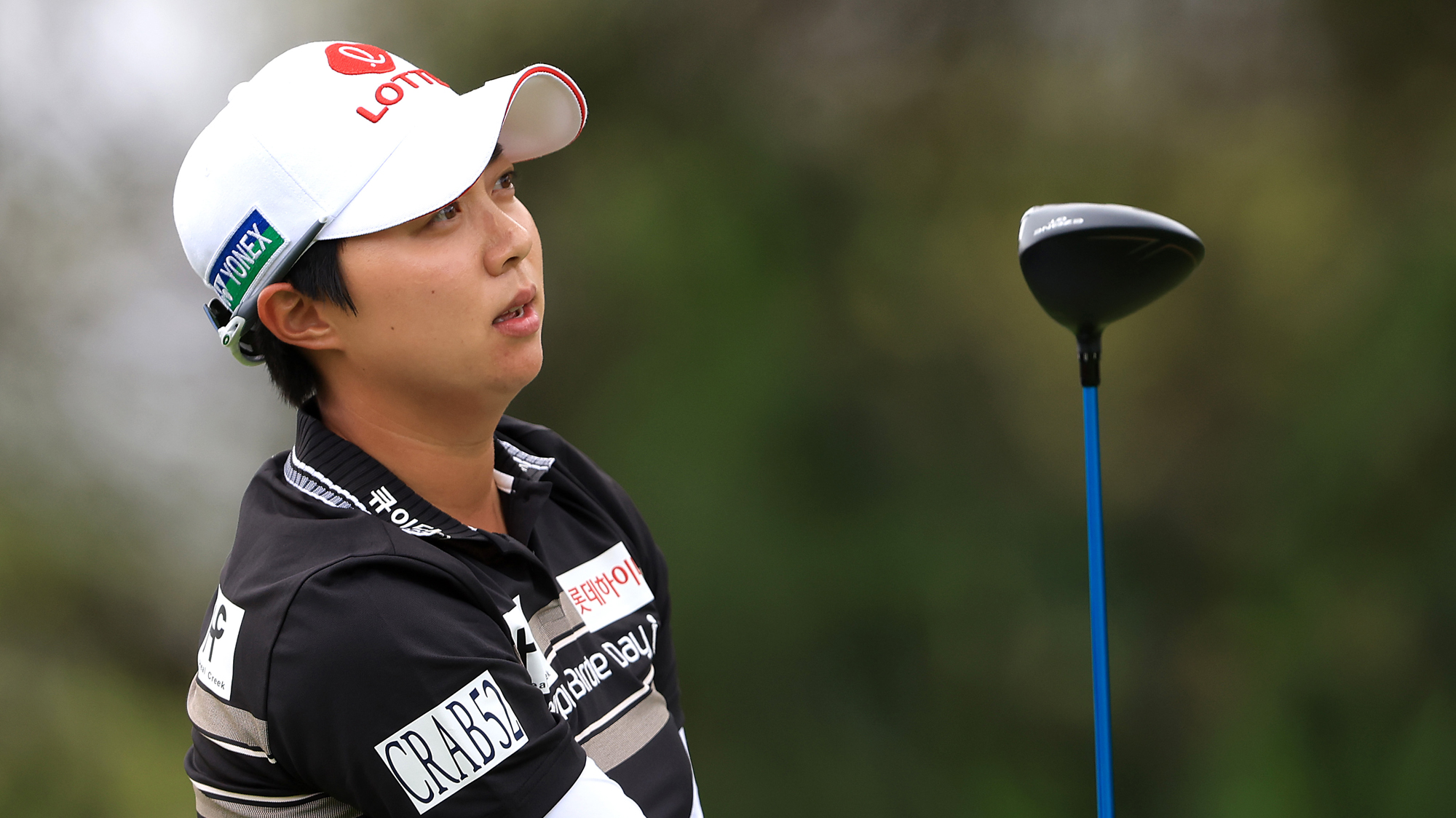 Kim played the entire final round with Japan’s Hinako Shibuno (aka the Smiling Cinderella) close on her heels.

At the 71st hole, the par three 17th, a bogey saw what started the day as a three-shot lead, cut to a single shot going to the par five finishing hole

It was there that Kim closed the door on Shibuno. After a good drive, her second left her just off the putting surface and she pitched to two-feet for an easy birdie to wrap up the title.  Shibuno’s par left her alone in second, two shots behind Kim, who finished with a 71 and an 11-under par total for the week.

“I’m proud of that shot,” said Kim. “Maybe I made a lot of people like sit on the edge of their chairs, so I felt great about it.”

It seemed as if Kim was always kept a step of ahead of Shibuno throughout the afternoon.  Shibuno carded just two birdies in the final round for a bogey-free 70. That clean scorecard was not enough to earn Shibuno her first win since the 2019 AIG Women’s Open, who pointed to the greens and her putter as the issue that kept her out of the winner’s circle.

“I was having fun playing with Kim,” Shibuno said.  “My putting was a little, you know, couldn’t go in, so that was the difference with her.”

The solo second was Shibuno’s best LPGA Tour finish since that major win at Woburn.

For three days, the surprise story of the tournament was American Brianno Do, who got in by qualifying last Sunday.  After rounds of 72-70-67, she was looking for her best-ever LPGA Tour finish but a closing 77 dropped her out of the top 10 and into a tie for 12th at one-under par.